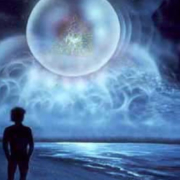 Scientists Say There May Be More “Humans” All Over the Universe “In short, convergent evolution theory posits that evolution itself is a law of nature — and, as a logical endpoint, it’s likely that evolution would operate the same way on different planets as it does here on Earth. In other words, it’s theoretically possible that the blue and green alien humanoids you see on “Star Trek” could be, well, actually out there.”  Read More

The Urantia Book says: “There are great differences between the mortals of the different worlds, even among those belonging to the same intellectual and physical types….Read More

Modern Man Believed to Have History with Neanderthal
Scroll to top