Were Adam And Eve The First Humans? 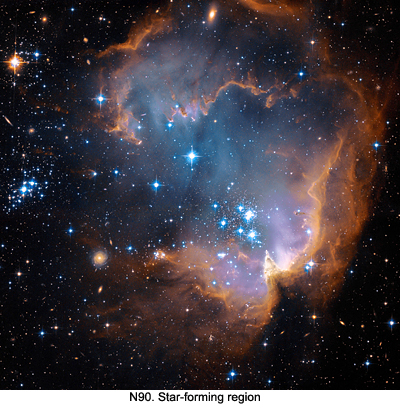 The description of the creation of Adam and Eve in the Garden of Eden given in the Bible's Book of Genesis has led to the centuries-old belief that God singled this world out as the one and only place in the universe to create living material beings. Religionists tracing Biblical accounts arrived at the conclusion that God performed this creative act approximately 5,000 years before Christ. This conclusion has fueled the debate between men of science and men of religion ever since scientific inquiry first began. Science interprets evidence indicating that the planet and life itself is much older than Biblical accounts depict while some religionists believe that the Biblical account is literally true.

From The Urantia Book we learn not only that science and religion can be compatible but that life on Earth is not unique. It teaches unequivocally that the universe is teeming with life and that all life is equally sacred. The Urantia Book verifies that life implantation on Earth was a divine gift that was deliberately bestowed approximately 550 million years ago and that evolution is a divine technique of creation. The book also states that the first human beings evolved nearly 1 million years ago. After more than 900,000 years of evolutionary development our Adam and Eve were sent to influence and up-step the biological, mental, and spiritual development of the primitive humans and civilization then present on this world.

At the time of the arrival of Adam and Eve the earth was peopled by the remnants of six colored races and humanity had been evolving for over 900,000 years. Therefore Cain was easily able to find a mate among the inhabitants of " the land of Nod." In fact, The Urantia Book explains in detail the long history and evolution of humankind on Earth and who the Nodites were and how they came to be.