Who Were Adam and Eve? 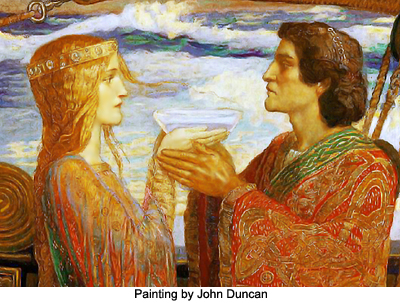 Their names are titles.

From The Urantia Book we learn that the names Adam and Eve are titles given to a classification of human-like beings whose responsibility is, among other things, to improve the genetics of the life on an evolving world. Therefore, Adam and Eve are more specifically titles rather than the given names of two individuals although they're usually called Adam and Eve on the worlds they come to administer. (Click to read more: 37:9.5)

They hail from their own world.

Within our portion of creation, our local universe, Adams and Eves, formally known as Material Sons and Daughters, reside on a world named by The Urantia Book as Jerusem. The Material Sons and Daughters residing there are exquisite physical examples of human development. On their home planet they're about 8 feet tall. When they reside on an evolutionary world they are larger and more attractive than the native peoples they come to assist. (Click to read more: 45:5.1)

They were chosen from among all the senior corps on Jerusem.

They knew they were coming to a quarantined world.

The prevailing physical, mental, and spiritual conditions on earth were known to the Material Son and Daughter. They had received training and warnings concerning the circumstances they would encounter once they arrived here since our world was then and still is a quarantined planet due to the spiritual rebellion of administrators who were responsible for shepherding the life here as well as on other developing planets. The quarantine meant, among other things, that Adam and Eve would be cut off from contact with the universe administration with which they were familiar. (Click to read more: 74:1.1)