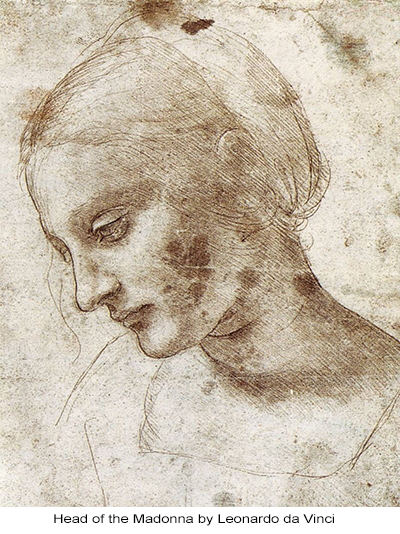 (124:2.1) It was the fifth of July, the first Sabbath of the month, when Jesus, while strolling through the countryside with his father, first gave expression to feelings and ideas which indicated that he was becoming self-conscious of the unusual nature of his life mission. Joseph listened attentively to the momentous words of his son but made few comments; he volunteered no information. The next day Jesus had a similar but longer talk with his mother. Mary likewise listened to the pronouncements of the lad, but neither did she volunteer any information. It was almost two years before Jesus again spoke to his parents concerning this increasing revelation within his own consciousness regarding the nature of his personality and the character of his mission on earth.

(124:3.2) Joseph and Mary were often tempted to show some special favoritism for Jesus or otherwise to betray their knowledge that he was a child of promise, a son of destiny. But both of his parents were extraordinarily wise and sagacious in all these matters. The few times they did in any manner exhibit any preference for him, even in the slightest degree, the lad was quick to refuse all such special consideration.

(124:4.4) It was a trying experience for Joseph and Mary to undertake the rearing of this unprecedented combination of divinity and humanity, and they deserve great credit for so faithfully and successfully discharging their parental responsibilities. Increasingly Jesus' parents realized that there was something superhuman resident within this eldest son, but they never even faintly dreamed that this son of promise was indeed and in truth the actual creator of this local universe of things and beings. Joseph and Mary lived and died without ever learning that their son Jesus really was the Universe Creator incarnate in mortal flesh.

(124:4.5) This year Jesus paid more attention than ever to music, and he continued to teach the home school for his brothers and sisters. It was at about this time that the lad became keenly conscious of the difference between the viewpoints of Joseph and Mary regarding the nature of his mission. He pondered much over his parents' differing opinions, often hearing their discussions when they thought he was sound asleep. More and more he inclined to the view of his father, so that his mother was destined to be hurt by the realization that her son was gradually rejecting her guidance in matters having to do with his life career. And, as the years passed, this breach of understanding widened. Less and less did Mary comprehend the significance of Jesus' mission, and increasingly was this good mother hurt by the failure of her favorite son to fulfill her fond expectations.