Home Jesus The Women Who Followed Jesus Mary, Mother Of Jesus Did Jesus Have Siblings? About The Rest Of Jesus' Family

Did Jesus Have Siblings? About The Rest Of Jesus' Family 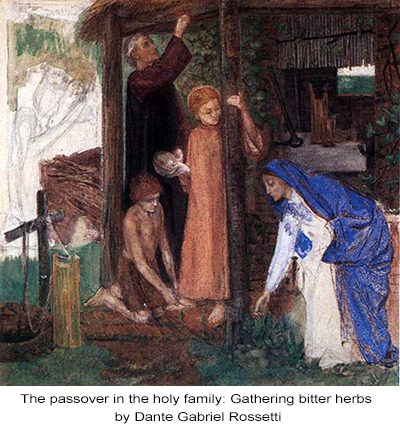 (123:2.3) Jesus was five years old in August of this year, and we will, therefore, refer to this as his fifth (calendar) year of life. In this year, 2 B.C., a little more than one month before his fifth birthday anniversary, Jesus was made very happy by the coming of his sister Miriam, who was born on the night of July 11. During the evening of the following day Jesus had a long talk with his father concerning the manner in which various groups of living things are born into the world as separate individuals. The most valuable part of Jesus' early education was secured from his parents in answer to his thoughtful and searching inquiries. Joseph never failed to do his full duty in taking pains and spending time answering the boy's numerous questions. From the time Jesus was five years old until he was ten, he was one continuous question mark. While Joseph and Mary could not always answer his questions, they never failed fully to discuss his inquiries and in every other possible way to assist him in his efforts to reach a satisfactory solution of the problem which his alert mind had suggested.

Since returning to Nazareth, theirs had been a busy household, and Joseph had been unusually occupied building his new shop and getting his business started again. So fully was he occupied that he had found no time to build a cradle for James, but this was corrected long before Miriam came, so that she had a very comfortable crib in which to nestle while the family admired her. And the child Jesus heartily entered into all these natural and normal home experiences. He greatly enjoyed his little brother and his baby sister and was of great help to Mary in their care.

(123:2.13) It was the custom of the Galilean Jews for the mother to bear the responsibility for a child's training until the fifth birthday, and then, if the child were a boy, to hold the father responsible for the lad's education from that time on. This year, therefore, Jesus entered upon the fifth stage of a Galilean Jewish child's career, and accordingly on August 21, 2 B.C., Mary formally turned him over to Joseph for further instruction.

(123:2.16) Though Joseph and Mary often talked about the future of their eldest child, had you been there, you would only have observed the growing up of a normal, healthy, carefree, but exceedingly inquisitive child of that time and place.

(124:3.4) On Wednesday evening, June 24, A.D. 5, Jude was born. Complications attended the birth of this, the seventh child. Mary was so very ill for several weeks that Joseph remained at home. Jesus was very much occupied with errands for his father and with many duties occasioned by his mother's serious illness. Never again did this youth find it possible to return to the childlike attitude of his earlier years. From the time of his mother's illness—just before he was eleven years old—he was compelled to assume the responsibilities of the first-born son and to do all this one or two full years before these burdens should normally have fallen on his shoulders.