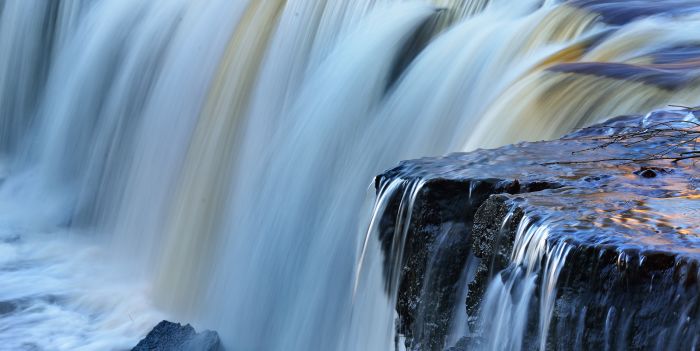 This article struck a chord with me, and maybe it will with you, too. It’s called: I’m a Christian but I don’t talk like one. Neither should you by Craig Gross. The title’s a little confusing, but what this author is saying is that instead of always citing scripture or other sacred writings, we should learn to discern when we are hearing from Jesus – either within our own inner life, or from other people. I will blog about this below, but here’s a snip or two from the article:

“When you pray and ask God to reveal something to you or ask God to show you something and then you get a feeling in your gut or what I would call “spirit” that gives you clear direction or something specific, I believe that is God speaking to you.

“Jesus works and speaks through people, starting from the very beginning of time. What makes you think it’s not how He still works?”

I wish I had a dollar for the number of times I have asked God to help me out with a problem or an issue in my life, and the next day or the next hour or the next week, I’ll be either reading something or I’ll overhear a snippet of a conversation and…there’s the answer I was seeking! Has that ever happened to you? I wish I had started keeping a journal of those times from the beginning of my life in the Kingdom…I am sure it would be quite a tome by now!

It was not until I found The Urantia Book and learned of the amazing ministry of God to us mortals through the indwelling Thought Adjuster, that I naturally began to think of the implications of God’s presence in my mind. I read about the practice of Jesus when he would have a weighty problem; he would go off by himself and talk it over with God. When we talk it over with someone, that implies a conversation. So, I reasoned that Jesus was not only talking TO God, but that he was hearing FROM him, too. And since Jesus is the pattern personality of a God-conscious mortal living the will of God, I decided that I might strive for that, too.

Meditation was my first stop. There have been times in my life that I religiously set aside 20-30 minutes a day for quiet meditation. It was – and is, still – a good thing to do for anyone. The Urantia Book has a good deal to say about meditation and you can read a condensation of those teachings HERE. I always found that my day went better after meditation. But I never really “heard” anything in particular.

It was only after asking directly once in meditation: “Are You there?” that my experiences began to change with regard to really conversing with God. And when you think about it, that really makes sense. When we want to converse with someone, we don’t just sit in their presence and wait for them to talk. Maybe sometimes we do, but if we have something we want to talk over with them, it is natural to speak to them directly. Knowing what I knew about the presence of God in my mind, I decided that I should really start just talking to him; and not just in a quiet place, but any time and every time I wanted his companionship and advice.

In answer to my question, I had a strange sensation of a voice somewhere between my ears. It said “Yes” as clear as a bell. I didn’t really hear with my physical ears, but that response was nonetheless “heard” somewhere in the middle of my head. After that, it continued to speak, saying things like “Always here” – “You are never alone” – You are my beloved…”

Well, that was pretty amazing to me. I knew that I did not create that voice – at least I did not think that I had. And as I continued in that space of conversation, I just kept hearing comforting, loving, calming words…

Carrying on the conversation

I was further encouraged to continue trying to speak with God. There’s a wonderful section in The Urantia Book called “Prayer and the Alter Ego,” which can be found HERE. In this section we are reminded of the practice of children to have imaginary playmates:

91:3.1 Children, when first learning to make use of language, are prone to think out loud, to express their thoughts in words, even if no one is present to hear them. With the dawn of creative imagination they evince a tendency to converse with imaginary companions. In this way a budding ego seeks to hold communion with a fictitious alter ego. By this technique the child early learns to convert his monologue conversations into pseudo dialogues in which this alter ego makes replies to his verbal thinking and wish expression. Very much of an adult’s thinking is mentally carried on in conversational form.

And by the end of that section, we read this amazing promise:

91:3.7 Enlightened prayer must recognize not only an external and personal God but also an internal and impersonal Divinity, the indwelling Adjuster. It is altogether fitting that man, when he prays, should strive to grasp the concept of the Universal Father on Paradise; but the more effective technique for most practical purposes will be to revert to the concept of a near-by alter ego, just as the primitive mind was wont to do, and then to recognize that the idea of this alter ego has evolved from a mere fiction to the truth of God’s indwelling mortal man in the factual presence of the Adjuster so that man can talk face to face, as it were, with a real and genuine and divine alter ego that indwells him and is the very presence and essence of the living God, the Universal Father.

After digesting that, I went from long periods of quiet meditation to bursts of conversation with God – no matter whether I was alone, in a crowd, driving the car, in line at the grocery store, or on a walk in the woods. And this has become my practice. It serves me well and keeps me close to God. I like it also because it helps me to make my entire life a life of prayer, of a sort. Even though I still like the long, quiet periods of meditation, I feel I have the best success when I am wide awake and striving to bring my relationship with God into each moment.

But, as mentioned above, sometimes I can think of a problem I am having or an issue that requires clarification and I will hear an answer in unlikely places – an answer that comes not inside my mind, but from a another person who happens to be passing by, or a written word, or a video I see, or a meme on Facebook.

The point is that God really does, I believe, want to talk with us as much as we want to talk to him. And when we make that desire plain to him, he helps us and makes it happen. It is very comforting and very reassuring to know that he really is always there for us. He really is there for YOU.

Try it yourself, and see what happens. But don’t be surprised when your alter ego turns out to be your best friend…AND keep your ears open and your heart, too. Because you can hear answers to prayer come from some very unlikely places! Always pay attention, because God is always ready to chat!!!

Come to Jesus through love, not fearThe Untold Story of Jesus
Scroll to top