In an article on Archaeology.org, a new species of man should be re-named Homo bodoensis, after a 600,000-year-old skull found in Bodo D’ar, Ethiopia, in 1976. The classification of H. bodoensis would replace H. heidelbergensis and H. rhodesiensis, and include most of the fossils from this time period from Africa and the Eastern Mediterranean. Many of the fossils from Europe would then be reclassified as Neanderthals.”  Read More

The Urantia Book says: “In general and to start with, the Sangik tribes were more intelligent than, and in most ways far superior to, the deteriorated descendants of the early Andonic plainsmen; and the mingling of these Sangik tribes with the Neanderthal peoples led to the immediate improvement of the older race. It was this infusion of Sangik blood, more especially that of the blue man, which produced that marked improvement in the Neanderthal peoples exhibited by the successive waves of increasingly intelligent tribes that swept over Europe from the east.”  Read More

Scientists Say There May Be More “Humans” All Over the Universe “In short, convergent evolution theory posits that evolution itself is a law of nature — and, as a logical endpoint, it’s likely that evolution would operate the same way on different planets as it does here on Earth. In other words, it’s theoretically possible that the blue and green alien humanoids you see on “Star Trek” could be, well, actually out there.”  Read More

The Urantia Book says: “There are great differences between the mortals of the different worlds, even among those belonging to the same intellectual and physical types….Read More…

James Webb Space Telescope (JWST) will study the Solar System, directly image exoplanets, photograph the first galaxies, and explore the mysteries of the origins of the Universe. Its ability to capture infrared light means it will be able to “see” the cosmos as it was when just a few hundred million years old, capturing images of the first-ever stars and galaxies. For the next 20 years, it will observe the Universe from the second Lagrange point (L2) around a million miles/1.5 million kilometers from Earth. It will send its images back to Earth via NASA’s Deep Space Network. Read More

A hospice nurse has gone viral on Tik-Tok sharing the unexplained phenomena that occur before we die, with one being dubbed “the rally.” Also called terminal-lucidity, this end-of-life phenomenon has left many families and caregivers puzzled. Though there is still much mystery around the abrupt return of mental clarity for patients shortly before their death, it’s not an uncommon circumstance. Read More

Truthbook offers a complete picture of life after death as detailed in The Urantia Book.  Read More…

Happy New Year 2022 Quotes & Sayings for Friends & Family Members. These may just kick start your year and turn into some excellent resolutions. To See the Quotes… 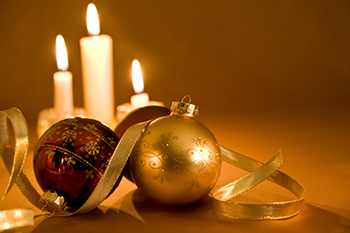 Read, share and enjoy one or all of these 16 inspiring Christmas stories, most submitted by our readers, but each guaranteed to bring joy during the Christmas season.
Go to Christmas Stories …

Many have argued that free will is in illusion, but science does not support that.
Are we free to make our own choices, or are we automatons controlled by some mysterious conductor? Until recently, a debate raged in neuroscience circles concerning this very question because an experiment showed that the brain decides before we are aware of it. Fortunately, the experiment was recently debunked, leaving us to face the hard reality that we must be responsible for our actions. Read More
Free will is a reality in the universe, from the freewillness of the Universal Father down to mortals like us. Read Urantia Book teachings about free will HERE…

The Galilee Boat, Synagogues, Pool of Siloam, the Pilate Stone and the Heel Bone of the Crucified Man are among the ten most important archeological discoveries. Find out what is #1. 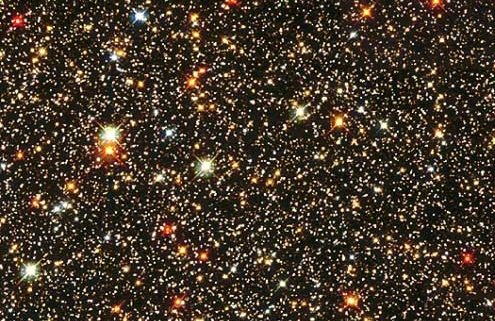 Are we alone in the universe? Of course not! Any Urantia Book reader can tell you that the cosmology of The Urantia Book presents a universe that is “teeming” with life. This article in Evolution News: Are We Alone in the Cosmos? Here’s a Real Paradox for You, explores this topic with emphasis on the concept of intelligent design, and most especially the idea that if we are not alone, why we do not have any contact with other life in the universe. It is an interesting article; it might be a little technical, but I think we can all appreciate the ideas presented. We’ll blog on these fascinating ideas below, but first:

“Astrophysicist Ethan Siegel writing at Forbes delivers a bracing chastisement to seemingly scientific efforts to estimate the probability of extraterrestrial intelligence (ETI) in the cosmos. The case in point is a preprint paper by Sandberg, Drexler, and Ord of the Future of Humanity Institute, Oxford University, claiming to “dissolve the Fermi paradox.”

“The Fermi paradox represents the problem of why ETI ought to be abundant yet gives no sign of itself.”

“The probability of the origin of life without design or guidance is not unknown. 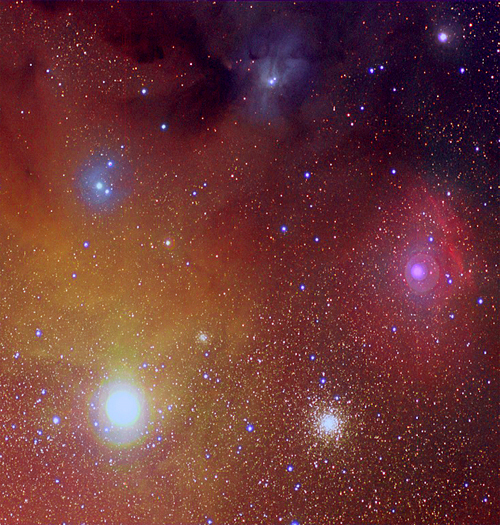 The search for scientific knowledge continues…and some of it is turning out to validate Urantia Book teachings. Little by little, science is catching up to what Urantia Book students have known for a long time. Today we want to share two such findings.

These two articles: Found! Weird Asteroid in Jupiter’s Orbit Is 1st Interstellar Immigrant by Mike Wall – and – The Moons of Some Giant Alien Planets Could Host Life by Chelsea Gohd, both from Space.com report the results of research recently finished. We’ll blog about these below, but first, here are the pertinent findings from the articles:

About the “weird asteroid” and its relation to retrograde motion:

2015 BZ509 was discovered in November 2014, also by Pan-STARRS (which is short for “Panoramic Survey Telescope and Rapid Response System,” in case you were wondering). The space rock is an oddball: Its orbit is “retrograde,” meaning 2015 BZ509 moves around the sun in the opposite direction of Jupiter, Earth and most other bodies in the solar system.

And about life on exomoons:

No exomoons have yet been confirmed. But if any of those huge exoplanets have natural satellites — which seems likely, given how common moons are in our own solar system — they could be especially promising abodes for life, study team members said.