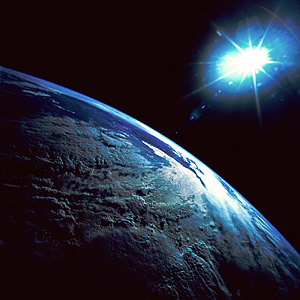 Closest to Humans - Angelic Beings Midway between Man and Angel

Most of the inhabited worlds of Nebadon harbor one or more groups of unique beings existing on a life-functioning level about midway between those of the mortals of the realms and of the angelic orders; hence are they called midway creatures. They appear to be an accident of time, but they occur so widespreadly and are so valuable as helpers that we have all long since accepted them as one of the essential orders of our combined planetary ministry.

On Urantia there function two distinct orders of midwayers: the primary or senior corps ... and the secondary or younger group... ~ The Urantia Book, (77:0.1)

Both orders are nonmaterial beings as regards nutrition and energy intake, but they partake of many human traits and are able to enjoy and follow your humor as well as your worship.

Midwayers are not men, neither are they angels, but secondary midwayers are, in nature, nearer man than angel; they are, in a way, of your races and are, therefore, very understanding and sympathetic in their contact with human beings; they are invaluable to the seraphim in their work for and with the various races of mankind, and both orders are indispensable to the seraphim who serve as personal guardians to mortals. ~ The Urantia Book, (77:8.3) - (See all of Paper 77)

The United Midwayers of Urantia are organized for service with the planetary seraphim in accordance with innate endowments and acquired skills, in the following groups:

Unlike the various orders of celestial beings who are assigned to minister on a planet, the midwayers live on an inhabited world.....Their determination is suggested by the motto of their order: "What the United Midwayers undertake, the United Midwayers do." ~ The Urantia Book, (77:9.2)

In a comparative sense these midwayers are the permanent citizens of the evolutionary worlds. From the early days of the arrival of a Planetary Prince to the far-distant time of the settling of the planet in light and life, they are the only group of intelligent beings to remain continuously on the sphere. On Urantia the midway ministers are in reality the actual custodians of the planet; they are, practically speaking, the citizens of Urantia. ~ The Urantia Book, (37:9.7)

Midwayers are planet bound, but much as mortals talk with travelers from afar and thus learn about remote places on the planet, so do midwayers converse with celestial travelers to learn about the far places of the universe. ~ The Urantia Book, (77:9.6)

While the midwayers were brought into existence fully developed—experiencing no period of growth or development from immaturity—they never cease to grow in wisdom and experience. ~ The Urantia Book, (77:9.7)

Because of the valuable work performed by these midwayers, we have concluded that they are a truly essential part of the spirit economy of the realms. ~ The Urantia Book, (77:9.11)