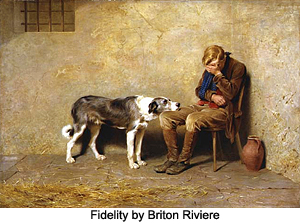 Happiness ensues from the recognition of truth because it can be acted out; it can be lived. Disappointment and sorrow attend upon error because, not being a reality, it cannot be realized in experience. Divine truth is best known by its spiritual flavor. ~ The Urantia Book, (2:7.6)

Mortal man has a spirit nucleus. The mind is a personal-energy system existing around a divine spirit nucleus and functioning in a material environment. Such a living relationship of personal mind and spirit constitutes the universe potential of eternal personality. Real trouble, lasting disappointment, serious defeat, or inescapable death can come only after self-concepts presume fully to displace the governing power of the central spirit nucleus, thereby disrupting the cosmic scheme of personality identity. ~ The Urantia Book, (12:9.6)

Curiosity—the spirit of investigation, the urge of discovery, the drive of exploration—is a part of the inborn and divine endowment of evolutionary space creatures. These natural impulses were not given you merely to be frustrated and repressed. True, these ambitious urges must frequently be restrained during your short life on earth, disappointment must be often experienced, but they are to be fully realized and gloriously gratified during the long ages to come. ~ The Urantia Book, (14:5.11)

Good Advice for Dealing With Disappointment

God-knowing individuals are not discouraged by misfortune or downcast by disappointment. Believers are immune to the depression consequent upon purely material upheavals; spirit livers are not perturbed by the episodes of the material world. Candidates for eternal life are practitioners of an invigorating and constructive technique for meeting all of the vicissitudes and harassments of mortal living. Every day a true believer lives, he finds it easier to do the right thing. ~ The Urantia Book, (156:5.13)

Personality association and mutual affection is an efficient insurance against evil. Difficulties, sorrow, disappointment, and defeat are more painful and disheartening when borne alone. Association does not transmute evil into righteousness, but it does aid in greatly lessening the sting. ~ The Urantia Book, (160:2.9)

But life will become a burden of existence unless you learn how to fail gracefully. There is an art in defeat which noble souls always acquire; you must know how to lose cheerfully; you must be fearless of disappointment. Never hesitate to admit failure. Make no attempt to hide failure under deceptive smiles and beaming optimism. It sounds well always to claim success, but the end results are appalling. Such a technique leads directly to the creation of a world of unreality and to the inevitable crash of ultimate disillusionment. ~ The Urantia Book, (160:4.13)

What a crushing thing is disappointment in the lives of those foolish persons who, in fastening their gaze on the shadowy and evanescent allurements of time, become blinded to the higher and more real achievements of the everlasting attainments of the eternal worlds of divine values and true spiritual realities.

And every mortal man knows full well how love, even when once genuine, can, through disappointment, jealousy, and long-continued resentment, be eventually turned into actual hate. ~ The Urantia Book, (177:4.10)

When, through and by the ministry of all the helper hosts of the universal scheme of survival, you are finally deposited on the receiving world of Havona, you arrive with only one sort of perfection—perfection of purpose. Your purpose has been thoroughly proved; your faith has been tested. You are known to be disappointment proof. Not even the failure to discern the Universal Father can shake the faith or seriously disturb the trust of an ascendant mortal who has passed through the experience that all must traverse in order to attain the perfect spheres of Havona. ~ The Urantia Book, (26:4.6)

On Paradise, disappointment is never regarded as defeat; postponement is never looked upon as disgrace; the apparent failures of time are never confused with the significant delays of eternity. ~ The Urantia Book, (26:8.3)

It is the plan of your superiors to advance you by augmented trusts just as fast as your character is sufficiently developed to gracefully bear these added responsibilities, but to overload the individual only courts disaster and insures disappointment. ~ The Urantia Book, (28:6.15)

Even as mortals, so have these angels been father to many disappointments, and they will point out that sometimes your most disappointing disappointments have become your greatest blessings. Sometimes the planting of a seed necessitates its death, the death of your fondest hopes, before it can be reborn to bear the fruits of new life and new opportunity. And from them you will learn to suffer less through sorrow and disappointment, first, by making fewer personal plans concerning other personalities, and then, by accepting your lot when you have faithfully performed your duty. ~ The Urantia Book, (48:6.25)

While the nonselfish type of prayer is strengthening and comforting, materialistic praying is destined to bring disappointment and disillusionment as advancing scientific discoveries demonstrate that man lives in a physical universe of law and order. ~ The Urantia Book, (91:4.4)

Through religious faith the soul of man reveals itself and demonstrates the potential divinity of its emerging nature by the characteristic manner in which it induces the mortal personality to react to certain trying intellectual and testing social situations. Genuine spiritual faith (true moral consciousness) is revealed in that it:

"This day, my son, you are to be reborn, re-established as a man of faith, courage, and devoted service to man, for God's sake. And when you become so readjusted to life within yourself, you become likewise readjusted to the universe; you have been born again—born of the spirit— and henceforth will your whole life become one of victorious accomplishment. Trouble will invigorate you; disappointment will spur you on; difficulties will challenge you; and obstacles will stimulate you." ~ Jesus, The Urantia Book, (130:6.4)

"Much of man's sorrow is born of the disappointment of his ambitions and the wounding of his pride. Although men owe a duty to themselves to make the best of their lives on earth, having thus sincerely exerted themselves, they should cheerfully accept their lot and exercise ingenuity in making the most of that which has fallen to their hands." ~ Jesus, The Urantia Book, (149:5.4)

"Serve your fellow men even as I have served you. Be faithful to men as I have watched over you. Be less critical; expect less of some men and thereby lessen the extent of your disappointment. And when the work down here is over, you shall serve with me on high." ~ Jesus, The Urantia Book, (192:2.10)

Jesus was Immune to Disappointment

Theology may fix, formulate, define, and dogmatize faith, but in the human life of Jesus faith was personal, living, original, spontaneous, and purely spiritual. This faith was not reverence for tradition nor a mere intellectual belief which he held as a sacred creed, but rather a sublime experience and a profound conviction which securely held him. His faith was so real and all-encompassing that it absolutely swept away any spiritual doubts and effectively destroyed every conflicting desire. Nothing was able to tear him away from the spiritual anchorage of this fervent, sublime, and undaunted faith. Even in the face of apparent defeat or in the throes of disappointment and threatening despair, he calmly stood in the divine presence free from fear and fully conscious of spiritual invincibility. Jesus enjoyed the invigorating assurance of the possession of unflinching faith, and in each of life's trying situations he unfailingly exhibited an unquestioning loyalty to the Father's will. And this superb faith was undaunted even by the cruel and crushing threat of an ignominious death. ~ The Urantia Book, (196:0.5)