The Urantia Book On Spiritual Evolution 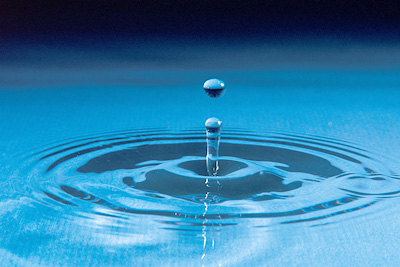 The entire scheme of universal creation and evolution on all experiencing levels is apparently a matter of the conversion of potentialities into actualities; and this transmutation has to do equally with the realms of space potency, mind potency, and spirit potency. ~ The Urantia Book, (115:2.3)

Spiritual evolution is an experience of the increasing and voluntary choice of goodness attended by an equal and progressive diminution of the possibility of evil. With the attainment of finality of choice for goodness and of completed capacity for truth appreciation, there comes into existence a perfection of beauty and holiness whose righteousness eternally inhibits the possibility of the emergence of even the concept of potential evil. Such a God-knowing soul casts no shadow of doubting evil when functioning on such a high spirit level of divine goodness. ~ The Urantia Book, (132:3.8)

Early evolution is characterized by the survival of the biologically fit, but later civilizations are the better promoted by intelligent co-operation, understanding fraternity, and spiritual brotherhood. ~ The Urantia Book, (71:5.3)

The brotherhood of man is, after all, predicated on the recognition of the fatherhood of God. The quickest way to realize the brotherhood of man on Urantia is to effect the spiritual transformation of present-day humanity. The only technique for accelerating the natural trend of social evolution is that of applying spiritual pressure from above, thus augmenting moral insight while enhancing the soul capacity of every mortal to understand and love every other mortal. Mutual understanding and fraternal love are transcendent civilizers and mighty factors in the world-wide realization of the brotherhood of man. ~ The Urantia Book, (52:6.7)

Spiritual Evolution at its Finite Peak

On Urantia, and as you are, you can have little appreciation of the advanced status and progressive nature of the enlightened races of these perfected worlds. These people are the flowering of the evolutionary races. But such beings are still mortal; they continue to breathe, eat, sleep, and drink. This great evolution is not heaven, but it is a sublime foreshadowing of the divine worlds of the Paradise ascent. ~ The Urantia Book, (55:6.2)

As mind evolution is dependent on, and delayed by, the slow development of physical conditions, so is spiritual progress dependent on mental expansion and unfailingly delayed by intellectual retardation. But this does not mean that spiritual evolution is dependent on education, culture, or wisdom. The soul may evolve regardless of mental culture but not in the absence of mental capacity and desire—the choice of survival and the decision to achieve ever-increasing perfection—to do the will of the Father in heaven. Although survival may not depend on the possession of knowledge and wisdom, progression most certainly does. ~ The Urantia Book, (65:8.4)

Religion Evolves in Our Quest For Spiritual Evolution

The evolution of religion from the preceding and primitive worship urge is not dependent on revelation. The normal functioning of the human mind under the directive influence of the sixth and seventh mind-adjutants of universal spirit bestowal is wholly sufficient to insure such development. ~ The Urantia Book, (86:0.1)

Man can even evolve spiritual values and derive cosmic insight from his personal experiential living because a divine spirit indwells him. Such natural evolutions of conscience and character were also augmented by the periodic arrival of teachers of truth, in ancient times from the second Eden, later on from Melchizedek's headquarters at Salem. ~ The Urantia Book, (95:3.2)

This same purposive supremacy is shown in the evolution of mind ideation when primitive animal fear is transmuted into the constantly deepening reverence for God and into increasing awe of the universe. Primitive man had more religious fear than faith, and the supremacy of spirit potentials over mind actuals is demonstrated when this craven fear is translated into living faith in spiritual realities. ~ The Urantia Book, (102:5.2)

The Soul - Spiritual Evolution in the Making

There is something real, something of human evolution, something additional to the Mystery Monitor, which survives death. This newly appearing entity is the soul, and it survives the death of both your physical body and your material mind. This entity is the conjoint child of the combined life and efforts of the human you in liaison with the divine you, the Adjuster. This child of human and divine parentage constitutes the surviving element of terrestrial origin; it is the morontia self, the immortal soul. ~ The Urantia Book, (112:5.12)

The first stage of Adjuster evolution is attained in fusion with the surviving soul of a mortal being. Thus, while you are in nature evolving inward and upward from man to God, the Adjusters are in nature evolving outward and downward from God to man; and so will the final product of this union of divinity and humanity eternally be the son of man and the son of God. ~ The Urantia Book, (109:1.5)

The mortal career, the soul's evolution, is not so much a probation as an education. Faith in the survival of supreme values is the core of religion; genuine religious experience consists in the union of supreme values and cosmic meanings as a realization of universal reality. ~ The Urantia Book, (111:3.5)

The purpose of cosmic evolution is to achieve unity of personality through increasing spirit dominance, volitional response to the teaching and leading of the Thought Adjuster. Personality, both human and superhuman, is characterized by an inherent cosmic quality which may be called "the evolution of dominance," the expansion of the control of both itself and its environment. ~ The Urantia Book, (112:2.15)

The spirit struggles of time and space have to do with the evolution of spirit dominance over matter by the mediation of (personal) mind; the physical (nonpersonal) evolution of the universes has to do with bringing cosmic energy into harmony with the equilibrium concepts of mind subject to the overcontrol of spirit. ~ The Urantia Book, (116:5.15)

The Acme of Spiritual Development Through Jesus' Teachings

This world has never seriously or sincerely or honestly tried out these dynamic ideas and divine ideals of Jesus' doctrine of the kingdom of heaven. But you should not become discouraged by the apparently slow progress of the kingdom idea on Urantia. Remember that the order of progressive evolution is subjected to sudden and unexpected periodical changes in both the material and the spiritual worlds. The bestowal of Jesus as an incarnated Son was just such a strange and unexpected event in the spiritual life of the world. Neither make the fatal mistake, in looking for the age manifestation of the kingdom, of failing to effect its establishment within your own souls. ~ The Urantia Book, (170:4.14)