What Happened To The First Garden? 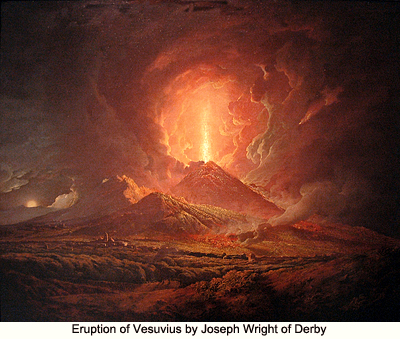 THE FATE OF EDEN

After the first garden was vacated by Adam, it was occupied variously by the Nodites, Cutites, and the Suntites. It later became the dwelling place of the northern Nodites who opposed co-operation with the Adamites. The peninsula had been overrun by these lower-grade Nodites for almost four thousand years after Adam left the Garden when, in connection with the violent activity of the surrounding volcanoes and the submergence of the Sicilian land bridge to Africa, the eastern floor of the Mediterranean Sea sank, carrying down beneath the waters the whole of the Edenic peninsula. Concomitant with this vast submergence the coast line of the eastern Mediterranean was greatly elevated. And this was the end of the earth's most beautiful natural creation. The sinking was not sudden, several hundred years were required to completely submerge the entire peninsula.

This disappearance of the Garden was not in any way a result of the miscarriage of the divine plans or as a result of the mistakes of Adam and Eve. The submergence of Eden was a natural occurrence, but it does seem that the sinking of the Garden was timed to occur at just about the date of the accumulation of the reserves of the violet race for undertaking the work of rehabilitating the world peoples.

The Melchizedeks counseled Adam not to initiate the program of racial uplift and blending until his own family had numbered one-half million. It was never intended that the Garden should be the permanent home of the Adamites. They were to become emissaries of a new life to all the world; they were to mobilize for unselfish bestowal upon the needy races of earth.

The instructions given Adam by the Melchizedeks implied that he was to establish racial, continental, and divisional headquarters to be in charge of his immediate sons and daughters, while he and Eve were to divide their time among these various world capitals as advisers and co-ordinators of the world-wide ministry of biologic uplift, intellectual advancement, and moral rehabilitation. (Click to read more 73:7.1)