Home Adam And Eve East Of Eden - The Second Garden

East Of Eden - The Second Garden 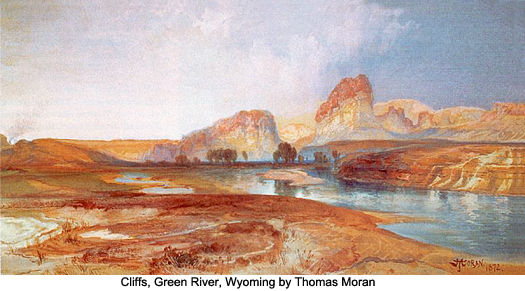 There have been two Garden of Edens — specially constructed locations for Adam and Eve to inhabit. The first Garden was located at the eastern end of the Mediterranean Sea. The second, which was established after Adam and Eve were evicted from the first, was developed at the confluence of the Tigris and the Euphrates Rivers — the location recorded in the Bible.

When Adam elected to leave the first garden to the Nodites unopposed, he and his followers could not go west, for the Edenites had no boats suitable for such a marine adventure. They could not go north; the northern Nodites were already on the march toward Eden. They feared to go south; the hills of that region were infested with hostile tribes. The only way open was to the east, and so they journeyed eastward toward the then pleasant regions between the Tigris and Euphrates rivers. And many of those who were left behind later journeyed eastward to join the Adamites in their new valley home.

Cain and Sansa were both born before the Adamic caravan had reached its destination between the rivers in Mesopotamia. Laotta, the mother of Sansa, perished at the birth of her daughter; Eve suffered much but survived, owing to superior strength. Eve took Sansa, the child of Laotta, to her bosom, and she was reared along with Cain. Sansa grew up to be a woman of great ability. She became the wife of Sargan, the chief of the northern blue races, and contributed to the advancement of the blue race of those times.

It required almost a full year for the caravan of Adam to reach the Euphrates River. Finding it in flood tide, they remained camped on the plains west of the stream almost six weeks before they made their way across to the land between the rivers which was to become the second garden.

When word had reached the dwellers in the land of the second garden that the king and high priest of the Garden of Eden was marching on them, they had fled in haste to the eastern mountains. Adam found all of the desired territory vacated when he arrived. And here in this new location Adam and his helpers set themselves to work to build new homes and establish a new center of culture and religion.

This site was known to Adam as one of the three original selections of the committee assigned to choose possible locations for the Garden proposed by Van and Amadon. The two rivers themselves were a good natural defense in those days, and a short way north of the second garden the Euphrates and Tigris came close together so that a defense wall extending fifty-six miles could be built for the protection of the territory to the south and between the rivers.

After getting settled in the new Eden, it became necessary to adopt crude methods of living; it seemed entirely true that the ground had been cursed. Nature was once again taking its course. Now were the Adamites compelled to wrest a living from unprepared soil and to cope with the realities of life in the face of the natural hostilities and incompatibilities of mortal existence. They found the first garden partially prepared for them, but the second had to be created by the labor of their own hands and in the "sweat of their faces." (Click to read more 76:0.0) 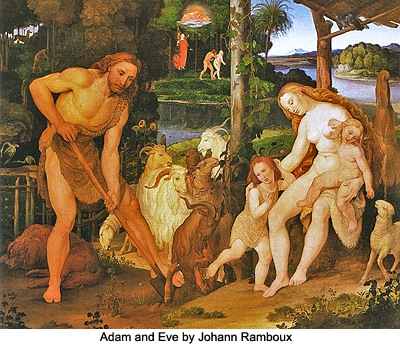 As time passed in the second garden, the consequences of default became increasingly apparent. Adam and Eve greatly missed their former home of beauty and tranquillity as well as their children who had been deported to Edentia. It was indeed pathetic to observe this magnificent couple reduced to the status of the common flesh of the realm; but they bore their diminished estate with grace and fortitude.

Adam wisely spent most of the time training his children and their associates in civil administration, educational methods, and religious devotions. Had it not been for this foresight, pandemonium would have broken loose upon his death. As it was, the death of Adam made little difference in the conduct of the affairs of his people. But long before Adam and Eve passed away, they recognized that their children and followers had gradually learned to forget the days of their glory in Eden. And it was better for the majority of their followers that they did forget the grandeur of Eden; they were not so likely to experience undue dissatisfaction with their less fortunate environment.

The civil rulers of the Adamites were derived hereditarily from the sons of the first garden. Adam's first son, Adamson (Adam ben Adam), founded a secondary center of the violet race to the north of the second Eden. Adam's second son, Eveson, became a masterly leader and administrator; he was the great helper of his father. Eveson lived not quite so long as Adam, and his eldest son, Jansad, became the successor of Adam as the head of the Adamite tribes.

The religious rulers, or priesthood, originated with Seth, the eldest surviving son of Adam and Eve born in the second garden. He was born one hundred and twenty-nine years after Adam and Eve's arrival. Seth became absorbed in the work of improving the spiritual status of his father's people, becoming the head of the new priesthood of the second garden. His son, Enos, founded the new order of worship, and his grandson, Kenan, instituted the foreign missionary service to the surrounding tribes, near and far.

The Sethite priesthood was a threefold undertaking, embracing religion, health, and education. The priests of this order were trained to officiate at religious ceremonies, to serve as physicians and sanitary inspectors, and to act as teachers in the schools of the garden.

Adam's caravan had carried the seeds and bulbs of hundreds of plants and cereals of the first garden with them to the land between the rivers; they also had brought along extensive herds and some of all the domesticated animals. Because of this they possessed great advantages over the surrounding tribes. They enjoyed many of the benefits of the previous culture of the original Garden.

Up to the time of leaving the first garden, Adam and his family had always subsisted on fruits, cereals, and nuts. On the way to Mesopotamia they had, for the first time, partaken of herbs and vegetables. The eating of meat was early introduced into the second garden, but Adam and Eve never partook of flesh as a part of their regular diet. Neither did Adamson nor Eveson nor the other children of the first generation of the first garden become flesh eaters.

The home life of the violet peoples was, for their day and age, ideal. Children were subjected to courses of training in agriculture, craftsmanship, and animal husbandry or else were educated to perform the threefold duty of a Sethite: to be priest, physician, and teacher.

And when thinking of the Sethite priesthood, do not confuse those high-minded and noble teachers of health and religion, those true educators, with the debased and commercial priesthoods of the later tribes and surrounding nations. Their religious concepts of Deity and the universe were advanced and more or less accurate, their health provisions were, for their time, excellent, and their methods of education have never since been surpassed. (Click to read more 76:3.3)