Home Adam And Eve The Tree Of Life

The Tree Of Life 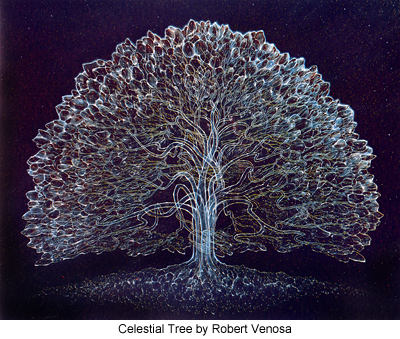 Adam and Eve, being personalized as mortals, were dependent on the maintenance of a dual circulatory system, the one derived from their physical natures, the other from energy stored in the fruit of the tree of life. (Click to read more 73:6.1)

In the center of the Garden temple Van planted the long-guarded tree of life, whose leaves were for the "healing of the nations," and whose fruit had so long sustained him on earth. Van well knew that Adam and Eve would also be dependent on this gift of Edentia for their life maintenance after they once appeared here in material form.

The Material Sons on the system capitals do not require the tree of life for sustenance. Only in the planetary repersonalization are they dependent on this adjunct to physical immortality.

The "tree of the knowledge of good and evil" may be a figure of speech, a symbolic designation covering a multitude of human experiences, but the "tree of life" was not a myth; it was real and for a long time was present on earth. ...

This superplant stored up certain space-energies which were antidotal to the age-producing elements of animal existence. The fruit of the tree of life was like a superchemical storage battery, mysteriously releasing the life-extension force of the universe when eaten. This form of sustenance was wholly useless to the ordinary evolutionary beings...

When the plans of the Material Son went astray, Adam and his family were not permitted to carry the core of the tree away from the Garden. When the Nodites invaded Eden, they were told that they would become as "gods if they partook of the fruit of the tree." Much to their surprise they found it unguarded. They ate freely of the fruit for years, but it did nothing for them; they were all material mortals of the realm; they lacked that endowment which acted as a complement to the fruit of the tree. They became enraged at their inability to benefit from the tree of life, and in connection with one of their internal wars, the temple and the tree were both destroyed by fire; only the stone wall stood until the Garden was subsequently submerged. This was the second temple of the Father to perish. (Click to read more 75:7.6)