Home Adam And Eve The Eden/Atlantis Connection - Much More Than A Legend?

The Eden/Atlantis Connection - Much More Than A Legend? 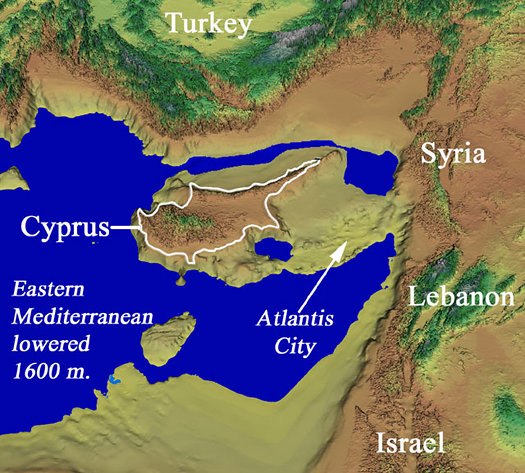 As it has on numerous occasions, current scientific discovery confirms the dates, places, and events originally disclosed in The Urantia Papersmore than 70 years ago. One of those recent discoveries shows a connection between the legend of the lost continent of Atlantis and of the first Garden of Eden. The picture above is from Robert Sarmast’s newly released book, Discovery of Atlantis (Copyright Robert Sarmast, Origin Press, October 2003). It pinpoints the lost continent of Atlantis in the exact location that The Urantia Bookdescribes as that of the first Garden of Eden.

From the Daily Bible Study site (www.keyway.ca) comes the following map which speculates the location given for the Garden of Eden in the Bible. However, according to The Urantia Book this is actually the location of the second Garden of Eden, the one that the Bible describes as being "East of Eden."