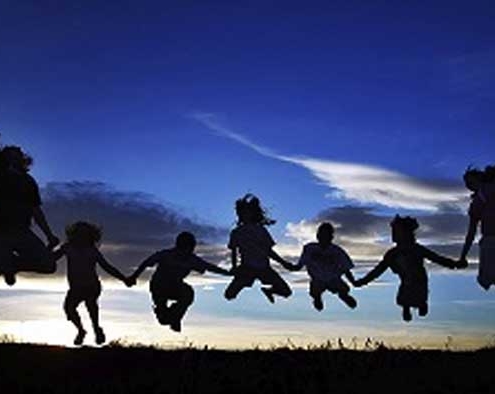 Jesus often spoke of spiritual liberty, or spiritual freedom. He spoke of setting the captives free. This article: 5 freedoms only Jesus can give by Alex McFarland talks about the Christian idea of freedoms that were supposedly won because of Jesus death through the so-called atonement. In my blog below, I want to discuss the ideas of spirirual freedom that Jesus promised throughout his LIFE, and that are available to all who enter the kingdom. But here’s the five things that the article discusses:

“It is significant to reflect on the freedoms we have through Jesus Christ. His hard-won victory on the cross gives us these five liberties:

I take some issue with some of the five freedoms that are discussed in this article above, but it’s really not my place to call out my Christian brethren for what they believe. Nevertheless, having been brought up in a church that was bloated with rules and regulations – a church that preached my inherent sinfulness – a church that blamed me and my sins (and God) for Jesus’ terrible death…well, I have to say that discovering The Urantia Book and the true teachings of Jesus was a truly liberating experience.

I want to go through some of the most beautiful and inspiring teachings of Jesus regarding true spiritual freedom with you and talk about how readings these passages impacted my life. I am hoping that you might also be weary of being told that you are innately sinful and eager to feel liberated from that, and other misconceptions about who and what you are – and who and what God is.

141:5.1 I have come into the world to proclaim spiritual liberty to the end that mortals may be empowered to live individual lives of originality and freedom before God.

141:7.6 Jesus laid great emphasis upon what he called the two truths of first import in the teachings of the kingdom, and they are: the attainment of salvation by faith, and faith alone, associated with the revolutionary teaching of the attainment of human liberty through the sincere recognition of truth, “You shall know the truth, and the truth shall make you free.”

How do you discern truth? For me, the truth was defined by the Church. I learned that the priest, the bishop, the pope were the representatives of Jesus, and they knew what I should do. I had to be baptized and go to church every Sunday, for starters. Not going to church on Sunday constituted a serious sin that could earn you eternal damnation! Talk about bondage…

One of the most exhilarating freedoms that I enjoy because of the true teachings of Jesus is freedom to commune with the spirit of God without any intermediaries – no priest, no preacher, no bishop, no pope – no human being can stand between me and God. My authority for good conduct resides right within me – the authority of God-within.

155:6.3“Your religion shall change from the mere intellectual belief in traditional authority to the actual experience of that living faith which is able to grasp the reality of God and all that relates to the divine spirit of the Father. The religion of the mind ties you hopelessly to the past; the religion of the spirit consists in progressive revelation and ever beckons you on toward higher and holier achievements in spiritual ideals and eternal realities.”

149:2.10 [Jesus] denounced slavish devotion to meaningless ceremonials and exposed the fallacy of materialistic worship. He boldly proclaimed man’s spiritual freedom and dared to teach that mortals of the flesh are indeed and in truth sons of the living God.

155:3.8 Jesus repeatedly taught his apostles that no civilization could long survive the loss of the best in its religion, And he never grew weary of pointing out to the twelve the great danger of accepting religious symbols and ceremonies in the place of religious experience. His whole earth life was consistently devoted to the mission of thawing out the frozen forms of religion into the liquid liberties of enlightened sonship.

I love that phrase: “thawing out the frozen forms of religion into the liquid liberties of enlightened sonship.” Some of the frozen forms of religion can be found in the belief that Bible scripture is inerrant and not to be questioned. Other forms are religious rituals that must be performed in order to please God – things like sacraments and the form of the Catholic Mass that requires almost mathematical precision in order to celebrate Jesus’ simple remembrance supper.

179:5.4 In instituting this remembrance supper, the Master, as was always his habit, resorted to parables and symbols. He employed symbols because he wanted to teach certain great spiritual truths in such a manner as to make it difficult for his successors to attach precise interpretations and definite meanings to his words. In this way he sought to prevent successive generations from crystallizing his teaching and binding down his spiritual meanings by the dead chains of tradition and dogma. In the establishment of the only ceremony or sacrament associated with his whole life mission, Jesus took great pains to suggest his meanings rather than to commit himself to precise definitions. He did not wish to destroy the individual’s concept of divine communion by establishing a precise form; neither did he desire to limit the believer’s spiritual imagination by formally cramping it. He rather sought to set man’s reborn soul free upon the joyous wings of a new and living spiritual liberty.

It is so good to know that anyone, anywhere, can celebrate this meaningful remembrance supper and the Master is really present.

Freedom to love – not fear – the Father

190:3.1 You also are called to publish the good news of the liberty of mankind through the gospel of sonship with God in the kingdom of heaven.

Another valuable freedom that we acquire through the teachings of Jesus is the freedom from fear of God. In my view, fear of God is behind a lot of evil doings on this earth. How liberating it is to be able to know God – personally – as a loving a attentive Father, rather than a judgmental and frightening judge who is just looking for you to mess up! Once we discover God within us – the Thought Adjuster – and realize what a miracle that indwelling spirit is…after that, it is no longer possible to think of God as anything but a loving presence – the loving Father of our spirit youth.

147:6.6 He taught that those who know God can enjoy the liberty of living without deceiving themselves by the licenses of sinning.

Dare I say that I have become free from sin? It sounds almost too good to be true, but I feel that it is true. One major revelation from the life of Jesus is his teaching about evil, sin, and iniquity. He redefines sin for us so that we understand that sin is not some arbitrary act or thought or omission that is designated by traditional religious authority. Instead it is the deliberate violation of the will of God. That’s it. So, the responsibility to be sinless rests solely with the individual. And the better one knows God, it becomes highly unlikely that that person will want to sin against him. He is so lovable and good. All we want to do is love him and please him to the best of our ability. God’s holy will brings joy, and it is not a burden to find and do it. Sinning becomes irrelevant.

And this new attitude of living – this new way of approaching God yields rewards in the spirit. Practicing the religion of Jesus – the religion of personal spiritual experience- gives the believer the experience of real “first-hand religion.” And that is highly satisfying – and liberating!.

Freedom to seek and recognize the Truth, wherever it might be

“The new helper which Jesus promised to send into the hearts of believers, to pour out upon all flesh, is the Spirit of Truth. This divine endowment is not the letter or law of truth, neither is it to function as the form or expression of truth. The new teacher is the conviction of truth, the consciousness and assurance of true meanings on real spirit levels. And this new teacher is the spirit of living and growing truth, expanding, unfolding, and adaptative truth.”

194:2.2 The first mission of this spirit is, of course, to foster and personalize truth, for it is the comprehension of truth that constitutes the highest form of human liberty.

194:3.5 On the day of Pentecost the religion of Jesus broke all national restrictions and racial fetters. It is forever true, “Where the spirit of the Lord is, there is liberty.” On this day the Spirit of Truth became the personal gift from the Master to every mortal.

And it is my experience that this good spirit really does lead me into truth. And when I find it, it resonates like a clear bell in my inner spirit. I experienced that when I found The Urantia Book, and many times since.

180:5.2 Divine truth is a spirit-discerned and living reality. Truth exists only on high spiritual levels of the realization of divinity and the consciousness of communion with God. You can know the truth, and you can live the truth; you can experience the growth of truth in the soul and enjoy the liberty of its enlightenment in the mind, but you cannot imprison truth in formulas, codes, creeds, or intellectual patterns of human conduct. When you undertake the human formulation of divine truth, it speedily dies. Post-mortem salvage of imprisoned truth, even at best, can eventuate only in the realization of a peculiar form of intellectualized glorified wisdom. Static truth is dead truth, and only dead truth can be held as a theory. Living truth is dynamic and can enjoy only an experiential existence in the human mind.

Now, I call that real freedom! And there are more instances I could cite of spiritual liberty – one beautiful one is the freedom from fear of death. Jesus showed us with the resurrection of Lazarus – and through his own resurrection – that mortals like us have our own resurrection to look forward to. Jesus never taught eternal damnation, but eternal progress. He never inspired fear at all, but always encouraged us to “fear not.”

Finally, I offer this wonderful passage about the freedoms of the Kingdom … a beautiful place of peace and spiritual liberty that is available to all:

Freedom Attitudes of the Kingdom-Dweller

170:2.1 The Master made it clear that the kingdom of heaven must begin with, and be centered in, the dual concept of the truth of the fatherhood of God and the correlated fact of the brotherhood of man. The acceptance of such a teaching, Jesus declared, would liberate man from the age-long bondage of animal fear and at the same time enrich human living with the following endowments of the new life of spiritual liberty:

Thoughts on Holy WeekThe Beauty of God
Scroll to top