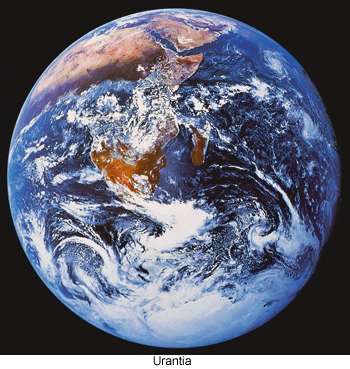 Seventy-five years ago today, the American bomber Enola Gay dropped an atomic bomb on an unsuspecting city. Within a matter of seconds, steel girders evaporated and a city disappeared, with more than 140,000 killed.

Today, COVID-19 has within a few months killed more than 160,000 unsuspecting Americans. Lives have evaporated and communities are being devastated.

What might we learn from the juxtaposition of these two events? Hiroshima and COVID-19 have caused a deep shift in our awareness of our relationship to one another and to the planet. Both have been devastating forces of nature, suggesting that we are not as in control as we might suspect. Both suggest that deep humility, a yearning for integrity, kindness and sincerity are more appropriate than ever.

Just as when the Twin Towers came down, it is a time to take a step back and listen to what is being spoken to humanity.

According to the American Museum of Natural History, climate change threatens to cause the largest extinction of species that the planet has ever known. There have been five mass extinction events, the largest being the Permian extinction, 252 million years ago, in which over 90% of all species were extinguished, the most recent being the Cretaceous extinction, in which the dinosaurs were wiped out, along with 75% of all species. The difference between those two great extinctions and the current period of massive extinction is that the human species is the prime cause of the current extinction event.

This has led thinkers such as Thomas Berry and Brian Swimme to suggest that we are entering a new period of existence on the planet, one in which there is a deeper awareness of our interdependence, in which the traditional narratives of prejudice, bias and bigotry, of divisive bipartisanship, racial injustice and social isolation are no longer functional, in which the acknowledgement of spiritual values, truth, beauty and goodness are becoming more vital than ever. According to historian Kenneth Clark, civilization, in a very important sense, rests upon the pillars of truth, beauty and goodness.

New vistas of opportunity may lure us, but only vistas laden with the sincere exercise of moral judgment, aesthetic appreciation and the expression of integrity, truth based upon both facts and spiritual insight, can deliver us from our current predicament. Whether you be theist, agnostic or atheist is of little concern; the incarnate affirmation of truth, beauty and goodness runs across all of those perspectives. Our capacity to tolerate amoral behavior and the absence of character will be of little benefit in the years to come.

A friend, Rabbi Soetendorp, the chief rabbi of Holland, will be standing near to the pope and other interfaith leaders this fall to declare this next 10 years as the Holy Decade, a time in which there must be more spiritual growth and discernment than in all previous recorded history, if we are to make our way forward. This Holy Decade will be marked by the recognition of our interdependence, and the need for an embodied Golden Rule in which winning is defined by everyone’s victory, not just some particular political, social or religious institution.

The lie still has momentary strength in which some would declare that for the sake of “the larger good,” lies can be tolerated. But lies are symptomatic of moral decay and an absence of integrity, which is the sure formula for societal discord and dysfunction. Anger is never creative; it is always destructive of the person exhibiting it, and toxic to the culture around us. It is time for each of us to declare this new era of possibilities by engaging in attitudes and practices that will transform lies into truth, ugly behavior into virtuous behavior, and immorality into altruism and goodness. The environment will little tolerate a species, such as the human species, that continues to disregard and disrespect the planet as a whole.

As Schumacher wrote: “In the excitement over the unfolding of his scientific and technical powers, modern man has built a system of production that ravishes nature and a type of society that mutilates humanity … money is thought to be all-powerful; if it could not actually buy non-material (spiritual) values, such as justice, harmony, beauty or even health (physical, mental, spiritual), it could circumvent the need for them or compensate for their loss … we shrink back from the truth if we believe that the destructive forces of the modern world can be ‘brought under control’ simply by mobilizing more resources…”

We are being called to restore health, sanity and happiness on the basis of a global ethic in which the sanctity and reverence of all life is affirmed, in which we bring forth a more compassionate heart in our personal relationship, in which we recognize that there are larger forces than the human species are at work on the planet and in the universe. It is time, in humility, to learn from those larger powers.

Gard Jameson is a philosophy professor at UNLV, vice chair of the Charter for Compassion and co-founder of Volunteers in Medicine and the Children’s Advocacy Alliance.

The Untold Story of JesusThe Holy Decade
Scroll to top