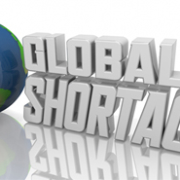 According to CNN and most other reports, problems with global supply chains were supposed to be getting better by now. Instead, experts say they are getting worse. Russia’s invasion of Ukraine, which cut off exports from Ukraine and put Russian businesses under sanction, has set off a series of new supply-chain bottlenecks. So has a surge in Covid cases in China, which has led to temporary lockdowns in parts of the country. Read More

According to The Urantia Book, “While very little progress has been made on Urantia toward developing an international language, much has been accomplished by the establishment of international commercial exchange. And all these international relations should be fostered, whether they involve language, trade, art, science, competitive play, or religion”. Read More

The Role of Faith in Memorial Day