The Mother Of Angels 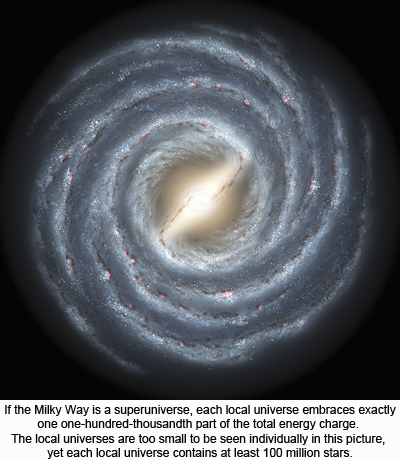 No Son could hope for final success without the incessant co-operation of the Divine Minister and her vast assemblage of spirit helpers, the daughters of God, who so faithfully and valiantly struggle for the welfare of mortal men and the glory of their divine parents. ~ The Urantia Book, (33:3.4)

The Son and the Spirit now preside over the universe much as a father and mother watch over, and minister to, their family of sons and daughters. It is not altogether out of place to refer to the Universe Spirit as the creative companion of the Creator Son and to regard the creatures of the realms as their sons and daughters—a grand and glorious family but one of untold responsibilities and endless watchcare. ~ The Urantia Book, (33:3.7)

The individualized Creative Spirit helper of the Creator Son has become his personal creative associate, the local universe Mother Spirit. ~ The Urantia Book, (34:1.1)

A Creative Spirit reacts to both physical and spiritual realities; so does a Creator Son; and thus are they co-ordinate and associate in the administration of a local universe of time and space. ~ The Urantia Book, (34:0.2)

The Creative Spirit is co-responsible with the Creator Son in producing the creatures of the worlds and never fails the Son in all efforts to uphold and conserve these creations. Life is ministered and maintained through the agency of the Creative Spirit. "You send forth your Spirit, and they are created. You renew the face of the earth." ~ The Urantia Book, (34:2.3)

In the creation of a universe of intelligent creatures the Creative Mother Spirit functions first in the sphere of universe perfection, collaborating with the Son in the production of the Bright and Morning Star. Subsequently the offspring of the Spirit increasingly approach the order of created beings on the planets, even as the Sons grade downward from the Melchizedeks to the Material Sons, who actually contact with the mortals of the realms. In the later evolution of mortal creatures the Life Carrier Sons provide the physical body, fabricated out of the existing organized material of the realm, while the Universe Spirit contributes the "breath of life." ~ The Urantia Book, (34:2.5)

Neither the Eternal Son nor the Infinite Spirit is limited or conditioned by either time or space, but most of their offspring are. ~ The Urantia Book, (34:3.1)