Angels Are Real. Learn Types & What They Do. 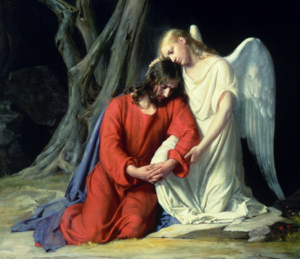 Angels are a very important part of our spiritual life. The Urantia Book states unequivocally that they are real and there are many types such as archangels, guardian angels, and seraphim. They are part of the vast hosts of personal beings spanning the personality range between the Infinite God and humankind. TruthBook provides definitive information on these unseen ministers who inhabit and help manage what you see through the Hubble telescope.

Guides, teachers, and protectors. Only the pure spirit fragment of the Universal Father that dwells within the heart of each person comes in closer spiritual contact with humans.

Some Questions about Angels?

Are there angels for each day of the week?
Angels do not invade the sanctity of the human mind; they do not manipulate the will of mortals; neither do they directly contact with the indwelling Adjusters. The guardian of destiny influences you in every possible manner consistent with…Read more

Are Angels real?
The angelic hosts are a separate order of created beings; they are entirely different from the material order of mortal creatures, and they function as a distinct group of universe intelligences. The angels are the spirit servants in heaven, and they…Read more

Does everyone have a guardian angel?
The teaching about guardian angels is not a myth; certain groups of human beings do actually have personal angels. It was in recognition of this that Jesus, in speaking of the children of the heavenly kingdom, said: “Take heed that you despise…Read more