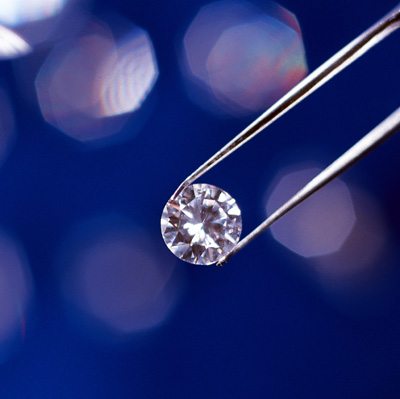 The Errors of Materialism

Only by personality approach can any person begin to comprehend the unity of God. To deny the personality of the First Source and Center leaves one only the choice of two philosophic dilemmas: materialism or pantheism.

In the contemplation of Deity, the concept of personality must be divested of the idea of corporeality. A material body is not indispensable to personality in either man or God. The corporeality error is shown in both extremes of human philosophy. In materialism, since man loses his body at death, he ceases to exist as a personality; in pantheism, since God has no body, he is not, therefore, a person. The superhuman type of progressing personality functions in a union of mind and spirit. ~ The Urantia Book, 1:5.11

The Dangers of Secularism

The mechanistic naturalism of some supposedly educated men and the thoughtless secularism of the man in the street are both exclusively concerned with things; they are barren of all real values, sanctions, and satisfactions of a spiritual nature, as well as being devoid of faith, hope, and eternal assurances. One of the great troubles with modern life is that man thinks he is too busy to find time for spiritual meditation and religious devotion. ~ The Urantia Book, 195:6.7

Materialism denies God, secularism simply ignores him; at least that was the earlier attitude. More recently, secularism has assumed a more militant attitude, assuming to take the place of the religion whose totalitarian bondage it onetime resisted. Twentieth-century secularism tends to affirm that man does not need God. But beware! this godless philosophy of human society will lead only to unrest, animosity, unhappiness, war, and world-wide disaster. ~ The Urantia Book, 195:8.5

The inherent weakness of secularism is that it discards ethics and religion for politics and power. You simply cannot establish the brotherhood of men while ignoring or denying the fatherhood of God. ~ The Urantia Book, 195:8.1

The false science of materialism would sentence mortal man to become an outcast in the universe. Such partial knowledge is potentially evil; it is knowledge composed of both good and evil. Truth is beautiful because it is both replete and symmetrical. When man searches for truth, he pursues the divinely real. ~The Urantia Book, 2:7.4

Hence materialism, atheism, is the maximation of ugliness, the climax of the finite antithesis of the beautiful. Highest beauty consists in the panorama of the unification of the variations which have been born of pre-existent harmonious reality. ~The Urantia Book, 56:10.4

The element of error present in human religious experience is directly proportional to the content of materialism which contaminates the spiritual concept of the Universal Father. Man’s prespirit progression in the universe consists in the experience of divesting himself of these erroneous ideas of the nature of God and of the reality of pure and true spirit. Deity is more than spirit, but the spiritual approach is the only one possible to ascending man. ~ The Urantia Book, 102:4.4

The facts of evolution must not be arrayed against the truth of the reality of the certainty of the spiritual experience of the religious living of the God-knowing mortal. Intelligent men should cease to reason like children and should attempt to use the consistent logic of adulthood, logic which tolerates the concept of truth alongside the observation of fact. Scientific materialism has gone bankrupt when it persists, in the face of each recurring universe phenomenon, in refunding its current objections by referring what is admittedly higher back into that which is admittedly lower. Consistency demands the recognition of the activities of a purposive Creator. ~The Urantia Book, 102:6.9

Science and the Scientist

Organic evolution is a fact; purposive or progressive evolution is a truth which makes consistent the otherwise contradictory phenomena of the ever-ascending achievements of evolution. The higher any scientist progresses in his chosen science, the more will he abandon the theories of materialistic fact in favor of the cosmic truth of the dominance of the Supreme Mind. Materialism cheapens human life; the gospel of Jesus tremendously enhances and supernally exalts every mortal. Mortal existence must be visualized as consisting in the intriguing and fascinating experience of the realization of the reality of the meeting of the human upreach and the divine and saving downreach. ~The Urantia Book, 102:6.10

Revelation Balances the Material and the Spiritual

A logical and consistent philosophic concept of the universe cannot be built up on the postulations of either materialism or spiritism, for both of these systems of thinking, when universally applied, are compelled to view the cosmos in distortion, the former contacting with a universe turned inside out, the latter realizing the nature of a universe turned outside in. Never, then, can either science or religion, in and of themselves, standing alone, hope to gain an adequate understanding of universal truths and relationships without the guidance of human philosophy and the illumination of divine revelation. ~The Urantia Book, 103:6.5

Philosophy, to be of the greatest service to both science and religion, should avoid the extremes of both materialism and pantheism. Only a philosophy which recognizes the reality of personality —permanence in the presence of change—can be of moral value to man, can serve as a liaison between the theories of material science and spiritual religion. Revelation is a compensation for the frailties of evolving philosophy. ~The Urantia Book, 103:8.6

Jesus and the "Spiritual Bank"

The teachings of Jesus, even though greatly modified, survived the mystery cults of their birthtime, the ignorance and superstition of the dark ages, and are even now slowly triumphing over the materialism, mechanism, and secularism of the twentieth century. And such times of great testing and threatened defeat are always times of great revelation. ~The Urantia Book, 195:9.3

Scientists have unintentionally precipitated mankind into a materialistic panic; they have started an unthinking run on the moral bank of the ages, but this bank of human experience has vast spiritual resources; it can stand the demands being made upon it. Only unthinking men become panicky about the spiritual assets of the human race. When the materialistic-secular panic is over, the religion of Jesus will not be found bankrupt. The spiritual bank of the kingdom of heaven will be paying out faith, hope, and moral security to all who draw upon it “in his name.” ~The Urantia Book, 195:6.1

The Vulnerability of Materialism