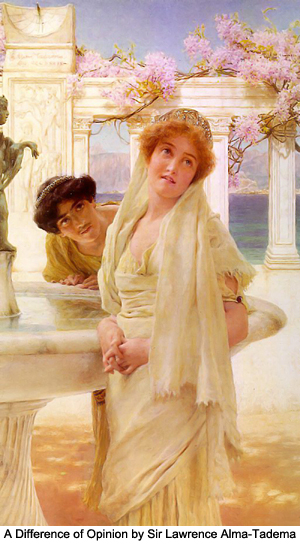 Forgiveness - Pass It On

The Father in heaven has forgiven you even before you have thought to ask him, but such forgiveness is not available in your personal religious experience until such a time as you forgive your fellow men. God's forgiveness in fact is not conditioned upon your forgiving your fellows, but in experience it is exactly so conditioned. ~ The Urantia Book, (146:2.4)

"How can you come to God asking consideration for your shortcomings when you are wont to chastise your brethren for being guilty of these same human frailties? I say to all of you: Freely you have received the good things of the kingdom; therefore freely give to your fellows on earth." ~ Jesus, The Urantia Book, (159:1.5)

"When you forgive your brother in the flesh, you thereby create the capacity in your own soul for the reception of the reality of God's forgiveness of your own misdeeds." ~ Jesus, The Urantia Book, (170:2.23)

It is in the consideration of the technique of receiving God's forgiveness that the attainment of the righteousness of the kingdom is revealed. Faith is the price you pay for entrance into the family of God; but forgiveness is the act of God which accepts your faith as the price of admission.

God's forgiveness is made actually available and is personally experienced by man just in so far as he forgives his fellows. ~ The Urantia Book, (170:3.3)

The affectionate heavenly Father, whose spirit indwells his children on earth, is not a divided personality —one of justice and one of mercy—neither does it require a mediator to secure the Father's favor or forgiveness. Divine righteousness is not dominated by strict retributive justice; God as a father transcends God as a judge. ~ The Urantia Book, (2:6.6)

Facing the world of personality, God is discovered to be a loving person; facing the spiritual world, he is a personal love; in religious experience he is both. Love identifies the volitional will of God. The goodness of God rests at the bottom of the divine free-willness—the universal tendency to love, show mercy, manifest patience, and minister forgiveness. ~ The Urantia Book, (2:6.9)

And when sin has so many times been chosen and so often been repeated, it may become habitual. Habitual sinners can easily become iniquitous, become wholehearted rebels against the universe and all of its divine realities. While all manner of sins may be forgiven, we doubt whether the established iniquiter would ever sincerely experience sorrow for his misdeeds or accept forgiveness for his sins. ~ The Urantia Book, (67:1.6)

The forgiveness of sin by Deity is the renewal of loyalty relations following a period of the human consciousness of the lapse of such relations as the consequence of conscious rebellion. The forgiveness does not have to be sought, only received as the consciousness of re-establishment of loyalty relations between the creature and the Creator. And all the loyal sons of God are happy, service-loving, and ever-progressive in the Paradise ascent. ~ The Urantia Book, (89:10.6)

Egoistic prayers involve confessions and petitions and often consist in requests for material favors. Prayer is somewhat more ethical when it deals with forgiveness and seeks wisdom for enhanced self-control. ~ The Urantia Book, (91:4.3)

Jesus and the Condemned Criminal

To the condemned criminal he said at the last hour: "My brother, you have fallen on evil times. You lost your way; you became entangled in the meshes of crime. From talking to you, I well know you did not plan to do the thing which is about to cost you your temporal life. But you did do this evil, and your fellows have adjudged you guilty; they have determined that you shall die. You or I may not deny the state this right of self-defense in the manner of its own choosing. There seems to be no way of humanly escaping the penalty of your wrongdoing. Your fellows must judge you by what you did, but there is a Judge to whom you may appeal for forgiveness, and who will judge you by your real motives." ~ The Urantia Book, (133:4.12)

What Jesus Taught About Forgiveness

Jesus taught them to preach the forgiveness of sin through faith in God without penance or sacrifice, and that the Father in heaven loves all his children with the same eternal love. ~ The Urantia Book, (138:8.2)

In all these matters it was the practice of Jesus always to say, "Be as wise as serpents but as harmless as doves." It seemed to be his purpose in all social situations to teach patience, tolerance, and forgiveness. ~ The Urantia Book, (140:8.13)

Jesus portrayed conquest by sacrifice, the sacrifice of pride and selfishness. By showing mercy, he meant to portray spiritual deliverance from all grudges, grievances, anger, and the lust for selfish power and revenge. And when he said, "Resist not evil," he later explained that he did not mean to condone sin or to counsel fraternity with iniquity. He intended the more to teach forgiveness, to "resist not evil treatment of one's personality, evil injury to one's feelings of personal dignity." ~ The Urantia Book, (141:3.8)

For several days Peter and James had been engaged in discussing their differences of opinion about the Master's teaching regarding the forgiveness of sin. They had both agreed to lay the matter before Jesus, and Peter embraced this occasion as a fitting opportunity for securing the Master's counsel. Accordingly, Simon Peter broke in on the conversation dealing with the differences between praise and worship, by asking: "Master, James and I are not in accord regarding your teachings having to do with the forgiveness of sin. James claims you teach that the Father forgives us even before we ask him, and I maintain that repentance and confession must precede the forgiveness. Which of us is right? what do you say?" After a short silence Jesus looked significantly at all four and answered: "My brethren, you err in your opinions because you do not comprehend the nature of those intimate and loving relations between the creature and the Creator, between man and God. You fail to grasp that understanding sympathy which the wise parent entertains for his immature and sometimes erring child. It is indeed doubtful whether intelligent and affectionate parents are ever called upon to forgive an average and normal child. Understanding relationships associated with attitudes of love effectively prevent all those estrangements which later necessitate the readjustment of repentance by the child with forgiveness by the parent. A part of every father lives in the child. The father enjoys priority and superiority of understanding in all matters connected with the child-parent relationship. The parent is able to view the immaturity of the child in the light of the more advanced parental maturity, the riper experience of the older partner. With the earthly child and the heavenly Father, the divine parent possesses infinity and divinity of sympathy and capacity for loving understanding. Divine forgiveness is inevitable; it is inherent and inalienable in God's infinite understanding, in his perfect knowledge of all that concerns the mistaken judgment and erroneous choosing of the child. Divine justice is so eternally fair that it unfailingly embodies understanding mercy." ~ Jesus, The Urantia Book, (174:1.1)

A compassionate father is freely forgiving; fathers do not hold vengeful memories against their children. Fathers are not like judges, enemies, or creditors. Real families are built upon tolerance, patience, and forgiveness. ~ The Urantia Book, (142:7.11)

Pentecost, with its spiritual endowment, was designed forever to loose the religion of the Master from all dependence upon physical force; the teachers of this new religion are now equipped with spiritual weapons. They are to go out to conquer the world with unfailing forgiveness, matchless good will, and abounding love. They are equipped to overcome evil with good, to vanquish hate by love, to destroy fear with a courageous and living faith in truth. ~ The Urantia Book, (194:3.11)