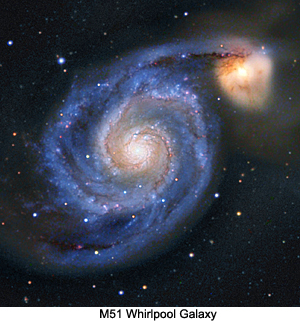 The Urantia Revelation and Cosmology

Because your world is generally ignorant of origins, even of physical origins, it has appeared to be wise from time to time to provide instruction in cosmology. And always has this made trouble for the future. The laws of revelation hamper us greatly by their proscription of the impartation of unearned or premature knowledge. Any cosmology presented as a part of revealed religion is destined to be outgrown in a very short time. Accordingly, future students of such a revelation are tempted to discard any element of genuine religious truth it may contain because they discover errors on the face of the associated cosmologies therein presented.

Mankind should understand that we who participate in the revelation of truth are very rigorously limited by the instructions of our superiors. We are not at liberty to anticipate the scientific discoveries of a thousand years. Revelators must act in accordance with the instructions which form a part of the revelation mandate. We see no way of overcoming this difficulty, either now or at any future time. We full well know that, while the historic facts and religious truths of this series of revelatory presentations will stand on the records of the ages to come, within a few short years many of our statements regarding the physical sciences will stand in need of revision in consequence of additional scientific developments and new discoveries. These new developments we even now foresee, but we are forbidden to include such humanly undiscovered facts in the revelatory records. Let it be made clear that revelations are not necessarily inspired. The cosmology of these revelations is not inspired. It is limited by our permission for the co-ordination and sorting of present-day knowledge. While divine or spiritual insight is a gift, human wisdom must evolve. ~ The Urantia Book, (101:4.1)

Truth may be but relatively inspired, even though revelation is invariably a spiritual phenomenon. While statements with reference to cosmology are never inspired, such revelations are of immense value in that they at least transiently clarify knowledge by:

Owing to the isolation of rebellion, the revelation of truth on Urantia has all too often been mixed up with the statements of partial and transient cosmologies. Truth remains unchanged from generation to generation, but the associated teachings about the physical world vary from day to day and from year to year. Eternal truth should not be slighted because it chances to be found in company with obsolete ideas regarding the material world. The more of science you know, the less sure you can be; the more of religion you have, the more certain you are. ~ The Urantia Book, (102:1.3)

Cosmology in the Spheres of Light and Life

The provisions for competitive play, humor, and other phases of personal and group achievement are ample and appropriate. A special feature of the competitive activities on such a highly cultured world concerns the efforts of individuals and groups to excel in the sciences and philosophies of cosmology. Literature and oratory flourish, and language is so improved as to be symbolic of concepts as well as to be expressive of ideas. Life is refreshingly simple; man has at last co-ordinated a high state of mechanical development with an inspiring intellectual attainment and has overshadowed both with an exquisite spiritual achievement. The pursuit of happiness is an experience of joy and satisfaction. ~ The Urantia Book, (55:5.6)

Philosophy you somewhat grasp, and divinity you comprehend in worship, social service, and personal spiritual experience, but the pursuit of beauty—cosmology—you all too often limit to the study of man's crude artistic endeavors. Beauty, art, is largely a matter of the unification of contrasts. Variety is essential to the concept of beauty. The supreme beauty, the height of finite art, is the drama of the unification of the vastness of the cosmic extremes of Creator and creature. Man finding God and God finding man—the creature becoming perfect as is the Creator—that is the supernal achievement of the supremely beautiful, the attainment of the apex of cosmic art. ~ The Urantia Book, (56:10.2)

Ethic sensitivity. Through the realization of truth the appreciation of beauty leads to the sense of the eternal fitness of those things which impinge upon the recognition of divine goodness in Deity relations with all beings; and thus even cosmology leads to the pursuit of divine reality values—to God-consciousness. ~ The Urantia Book, (56:10.8)

The inner and the outer worlds have a different set of values. Any civilization is in jeopardy when three quarters of its youth enter materialistic professions and devote themselves to the pursuit of the sensory activities of the outer world. Civilization is in danger when youth neglect to interest themselves in ethics, sociology, eugenics, philosophy, the fine arts, religion,and cosmology. ~ The Urantia Book, (111:4.4)

While this idea of Absolute Deity never found great popular favor with the peoples of Asia, it did enable the intellectuals of these lands to unify their philosophy and to harmonize their cosmology. The concept of the Buddha Absolute is at times quasi-personal, at times wholly impersonal—even an infinite creative force. Such concepts, though helpful to philosophy, are not vital to religious development. ~ The Urantia Book, (94:11.1)

While religion is not the product of the rationalistic speculations of a material cosmology, it is, nonetheless, the creation of a wholly rational insight which originates in man's mind-experience. ~ The Urantia Book, (101:1.5)

Religion is so vital that it persists in the absence of learning. It lives in spite of its contamination with erroneous cosmologies and false philosophies; it survives even the confusion of metaphysics. In and through all the historic vicissitudes of religion there ever persists that which is indispensable to human progress and survival: the ethical conscience and the moral consciousness. ~ The Urantia Book, (101:3.1)