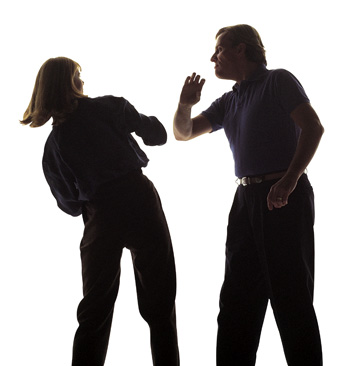 Why To Avoid Anger

Impatience is a spirit poison; anger is like a stone hurled into a hornet’s nest. ~ The Urantia Book, 48:7.20

Is God Ever Angry?

The eternal God is incapable of wrath and anger in the sense of these human emotions and as man understands such reactions. These sentiments are mean and despicable; they are hardly worthy of being called human, much less divine; and such attitudes are utterly foreign to the perfect nature and gracious character of the Universal Father. ~ The Urantia Book, 4:3.2

The people of Urantia continue to suffer from the influence of primitive concepts of God. The gods who go on a rampage in the storm; who shake the earth in their wrath and strike down men in their anger; who inflict their judgments of displeasure in times of famine and flood—these are the gods of primitive religion; they are not the Gods who live and rule the universes. ~ The Urantia Book, 4:5.3

A Creator Son did not incarnate in the likeness of mortal flesh and bestow himself upon the humanity of Urantia to reconcile an angry God but rather to win all mankind to the recognition of the Father's love and to the realization of their sonship with God. After all, even the great advocate of the atonement doctrine realized something of this truth, for he declared that "God was in Christ reconciling the world to himself." ~ The Urantia Book, 98:7.1

...Jesus simply would not accept explanations of worship and religious devotion which involved belief in the wrath of God or the anger of the Almighty. In further discussion of these questions, after the conclusion of the temple visit, when his father became mildly insistent that he acknowledge acceptance of the orthodox Jewish beliefs, Jesus turned suddenly upon his parents and, looking appealingly into the eyes of his father, said: “My father, it cannot be true—the Father in heaven cannot so regard his erring children on earth. The heavenly Father cannot love his children less than you love me. And I well know, no matter what unwise thing I might do, you would never pour out wrath upon me nor vent anger against me. If you, my earthly father, possess such human reflections of the Divine, how much more must the heavenly Father be filled with goodness and overflowing with mercy. I refuse to believe that my Father in heaven loves me less than my father on earth. ” ~ The Urantia Book, 125:0.6

Jesus portrayed conquest by sacrifice, the sacrifice of pride and selfishness. By showing mercy, he meant to portray spiritual deliverance from all grudges, grievances, anger, and the lust for selfish power and revenge. And when he said, “Resist not evil,” he later explained that he did not mean to condone sin or to counsel fraternity with iniquity. He intended the more to teach forgiveness, to “resist not evil treatment of one’s personality, evil injury to one’s feelings of personal dignity. ” ~ The Urantia Book, 141:3.8

Then Jesus went on to say: “When your children are very young and immature, and when you must chastise them, they may reflect that their father is angry and filled with resentful wrath. Their immaturity cannot penetrate beyond the punishment to discern the father’s farseeing and corrective affection. But when these same children become grown-up men and women, would it not be folly for them to cling to these earlier and misconceived notions regarding their father? As men and women they should now discern their father’s love in all these early disciplines. And should not mankind, as the centuries pass, come the better to understand the true nature and loving character of the Father in heaven? What profit have you from successive generations of spiritual illumination if you persist in viewing God as Moses and the prophets saw him? I say to you, Jacob, under the bright light of this hour you should see the Father as none of those who have gone before ever beheld him. And thus seeing him, you should rejoice to enter the kingdom wherein such a merciful Father rules, and you should seek to have his will of love dominate your life henceforth.” ~ The Urantia Book, 142:2.4

“Anger is a material manifestation which represents, in a general way, the measure of the failure of the spiritual nature to gain control of the combined intellectual and physical natures. Anger indicates your lack of tolerant brotherly love plus your lack of self-respect and self-control. Anger depletes the health, debases the mind, and handicaps the spirit teacher of man’s soul. Have you not read in the Scriptures that `wrath kills the foolish man,’ and that man `tears himself in his anger’? That `he who is slow of wrath is of great understanding,’ while `he who is hasty of temper exalts folly’? You all know that `a soft answer turns away wrath,’ and how `grievous words stir up anger.’ `Discretion defers anger,’ while `he who has no control over his own self is like a defenseless city without walls.’ `Wrath is cruel and anger is outrageous.’ `Angry men stir up strife, while the furious multiply their transgressions.’ `Be not hasty in spirit, for anger rests in the bosom of fools.'” Before Jesus ceased speaking, he said further: “Let your hearts be so dominated by love that your spirit guide will have little trouble in delivering you from the tendency to give vent to those outbursts of animal anger which are inconsistent with the status of divine sonship.rdquo; ~ The Urantia Book, 149:4.2

The Adjuster remains with you in all disaster and through every sickness which does not wholly destroy the mentality. But how unkind knowingly to defile or otherwise deliberately to pollute the physical body, which must serve as the earthly tabernacle of this marvelous gift from God. All physical poisons greatly retard the efforts of the Adjuster to exalt the material mind, while the mental poisons of fear, anger, envy, jealousy, suspicion, and intolerance likewise tremendously interfere with the spiritual progress of the evolving soul. ~ The Urantia Book, 110:1.5

Prayers for Deliverance From Anger

“Even if the earth should pass away, the resplendent face of the Supreme would abide in majesty and glory. The Most High is the first and the last, the beginning and the end of everything. There is but this one God, and his name is Truth. God is self-existent, and he is devoid of all anger and enmity; he is immortal and infinite.“ ~ The Urantia Book, 131:1.3

“ Let not anger and hate master you. Speak harshly of no one. Contentment is the greatest wealth. What is given wisely is well saved. Do not to others those things you would not wish done to you. Pay good for evil; overcome evil with the good.“ ~ The Urantia Book, 131:3.6

“And this is the sum of duty: Let no man do to another what would be repugnant to himself; cherish no malice, smite not him who smites you, conquer anger with mercy, and vanquish hate by benevolence. And all this we should do because God is a kind friend and a gracious father who remits all our earthly offenses.“ ~ The Urantia Book, 131:4.6

The Messages of the Beatitudes Encourages Mildness of Attitude

Being sensitive and responsive to human need creates genuine and lasting happiness, while such kindly attitudes safeguard the soul from the destructive influences of anger, hate, and suspicion. ~ The Urantia Book, 140:5.16

Jesus' peace is not of the pacific and negative kind. In the face of trials and persecutions he said, "My peace I leave with you." "Let not your heart be troubled, neither let it be afraid." This is the peace that prevents ruinous conflicts. Personal peace integrates personality. Social peace prevents fear, greed, and anger. Political peace prevents race antagonisms, national suspicions, and war. Peacemaking is the cure of distrust and suspicion. ~ The Urantia Book, 140:5.18

Pentecost endowed mortal man with the power to forgive personal injuries, to keep sweet in the midst of the gravest injustice, to remain unmoved in the face of appalling danger, and to challenge the evils of hate and anger by the fearless acts of love and forbearance. Urantia has passed through the ravages of great and destructive wars in its history. All participants in these terrible struggles met with defeat. There was but one victor; there was only one who came out of these embittered struggles with an enhanced reputation—that was Jesus of Nazareth and his gospel of overcoming evil with good. The secret of a better civilization is bound up in the Master’s teachings of the brotherhood of man, the good will of love and mutual trust. ~ The Urantia Book, 194:3.12