Conception & Birth of a Mortal Ascender 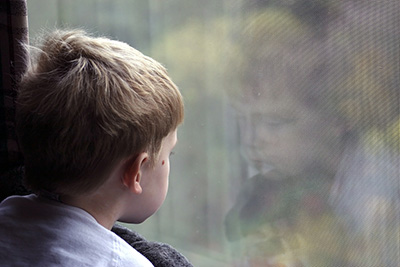 The word “conception” denotes the moment in time when something becomes a separate actuality; the word “birth” denotes the subsequent moment in time when that something becomes an independent actuality. To understand how something can be separate but not independent, consider the human liver, for example. It is definitely a separate part of the body; it is individuated; it has identity. However, it is clearly not independent of the body. If the liver is removed from the body, it will not persist as living matter; it will die. For ongoing animation, the liver depends on the living vitality that is associated with the energy system of the material body; it is not self-animating. In the case of the liver, the human is also dependent on it for the vital material processes of the body. However, this reverse dependence is not a necessary consequence of separateness; the kidneys are also separate organs, but one of them can be removed without resulting in the death of the human.

The ascension career moves from matter, through mind, to spirit. Consequently, there are three pairs of conception and birth events for an ascending mortal. Material conception is the moment when an ovum from the mother merges with a spermatozoon from the father. This event marks the very beginning of a potential eternal personality; and in that potential lies the value, a value which is just as great at this initial moment of separation into a single-celled organism as it is at any subsequent moment of emerging actuality. This is the reason why children who die prior to material birth are still resurrected in the probationary nursery on the finaliter world—dependent upon the survival of at least one of their natural parents. At the moment of material conception, physical changes occur in the ovum that prevent other spermatozoa from entering, literally marking one aspect of the separateness of the new organism. These physical changes also allow the cell to augment its living vitality with the reproductive spark, making it a totipotent stem cell, a cell capable of producing the totality of a human. An isolated totipotent stem cell is indeed a separate organism, as opposed to the qualified, suborganismal nature of a pluripotent or multipotent stem cell.

Material birth marks the beginning of the material independence of the child from the human mother, the graduation from the material womb. The moment of material birth is recorded by the archangels (viz., the personality record keepers), because a truly distinct, unique personality can be actualized on such an independent foundation. After material birth, a child has separate and independent material identity; but in the eyes of the universe, the real identity of a being is spiritual, because personality is spirit pattern. Hence, true, potentially eternal identity is marked by the arrival of a Thought Adjuster—at just under six years of age, on average, on Urantia. The spirit substance of the Thought Adjuster is eternal identity; but until the ascender becomes a first-stage spirit, it is not the sole identity of the human personality.

At a very early age, parents will often proclaim that their child has developed a “mind of his (or her) own”. In reality, a child is literally mindally joined to the parents for many years. This is why young children cannot be resurrected in the probationary nursery until (or unless) at least one of their parents is repersonalized on the mansion worlds and reacquires mind. Not until sixteen years of age—with only a few exceptions—can a child conceive of themselves as an ascender and choose the path to Paradise. Mindal conception is the moment of this decision, more than just making up one’s mind, but actually making one’s mind a separate activity. As a person grows through the progressively more spiritual stages of morontial identity, that being becomes less and less dependent on the presence of the local universe Mother Spirit for mind. Upon achieving the status of a first-stage spirit, a person becomes self-minded and can graduate from the mindal womb of the Universe Mother. This is the moment of mindal birth.

Spiritual conception is the moment of soul fusion with the Thought Adjuster, the moment when the immortal human self becomes a separate universe value of eternal surety. The soul and the spirit fragment are like the two gametes which fused to form the zygote at material conception. Spiritual conception finalizes the decision-making process that began at mindal conception. At this point, the choice for the eternal career is irrevocable and embraced without reservation. Spiritual birth is the moment when an ascender becomes a fourth-stage or graduate spirit, marking the personal recognition of the superuniverse Master Spirit and the ability to leave the spiritual womb and be transferred from the seventh to the sixth circle of Havona. Thus begins the independent spiritual ascension of the circles of Havona, not unlike the ascension of the psychic circles that was begun so long ago by a lowly mortal of time and space.

Extrapolating from these ideas of material, mindal, and spiritual conception and birth, one can reflect on personal conception and birth; however, such notions are of limited validity. Personality is bestowed by the Universal Father from outside of space and time; but, technically, conception and birth are temporal events. Will is individuated as personality, but the separation occurred in the eternal past; hence, that event can be only loosely called “personal conception”. Mortals begin the ascension career, in fact, as animals, not as humans; but in truth, they are persons, because their personalities existed before they were even conceived. This is why children are said to be personalized in the probationary nursery at the time of their resurrections, even if they died at a very early stage of development. Volition is the exercise of the will. As a child develops from a single-celled organism, the seven adjutant mind-spirits constantly attempt and then successively make contact with the increasingly complex animal life form. When the seventh adjutant mind-spirit is successful, the child becomes a volitional being, the personality finally manifests itself in space and time. This finite personality carries on through time and space to supremacy and then beyond, ultimately achieving coabsoluteness with the Universal Father at the ends of eternity. However, even then there is not actual “personality birth”; the child can never be truly independent of the Father, because the personal womb, the presence of the Universal Father, has no bounds.