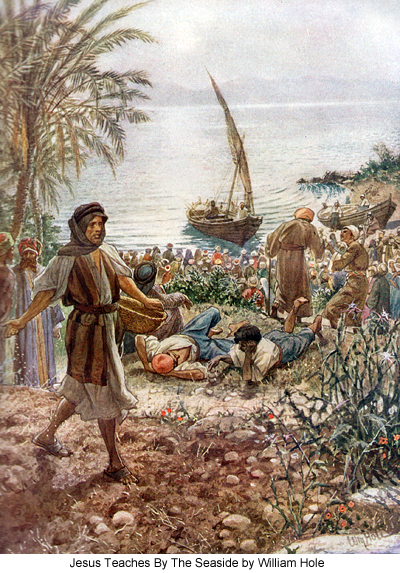 THE SECOND PUBLIC preaching tour of Galilee began on Sunday, October 3, A.D. 28, and continued for almost three months, ending on December 30. Participating in this effort were Jesus and his twelve apostles, assisted by the newly recruited corps of 117 evangelists and by numerous other interested persons. On this tour they visited Gadara, Ptolemais, Japhia, Dabaritta, Megiddo, Jezreel, Scythopolis, Tarichea, Hippos, Gamala, Bethsaida-Julias, and many other cities and villages.

149:0.3 On this tour only James and John traveled with Jesus. Peter and the other apostles each took with them about one dozen of the evangelists and maintained close contact with them while they carried on their work of preaching and teaching. As fast as believers were ready to enter the kingdom, the apostles would administer baptism. Jesus and his two companions traveled extensively during these three months, often visiting two cities in one day to observe the work of the evangelists and to encourage them in their efforts to establish the kingdom. This entire second preaching tour was principally an effort to afford practical experience for this corps of 117 newly trained evangelists.