Jesus' Teachings About The Kingdom 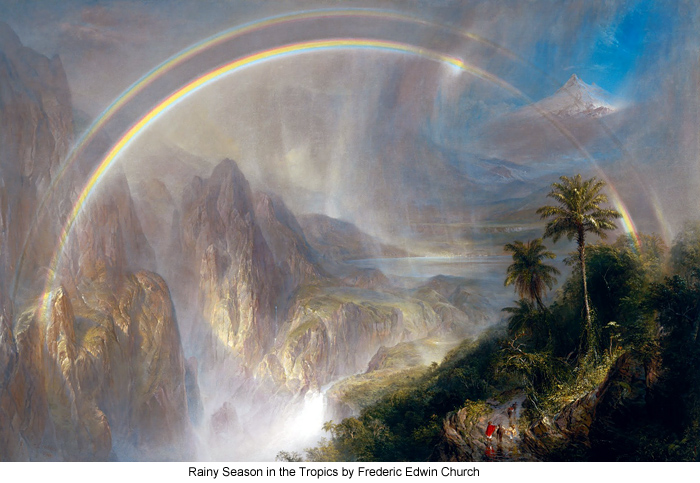 170:4.7 Wherefore must we always examine the Master's teaching to ascertain which of these five phases he may have reference to when he makes use of the term kingdom of heaven. By this process of gradually changing man's will and thus affecting human decisions, Michael and his associates are likewise gradually but certainly changing the entire course of human evolution, social and otherwise.

170:4.8 The Master on this occasion placed emphasis on the following five points as representing the cardinal features of the gospel of the kingdom:

170:4.14 This world has never seriously or sincerely or honestly tried out these dynamic ideas and divine ideals of Jesus' doctrine of the kingdom of heaven. But you should not become discouraged by the apparently slow progress of the kingdom idea on Urantia. Remember that the order of progressive evolution is subjected to sudden and unexpected periodical changes in both the material and the spiritual worlds. The bestowal of Jesus as an incarnated Son was just such a strange and unexpected event in the spiritual life of the world. Neither make the fatal mistake, in looking for the age manifestation of the kingdom, of failing to effect its establishment within your own souls.

170:4.15 Although Jesus referred one phase of the kingdom to the future and did, on numerous occasions, intimate that such an event might appear as a part of a world crisis; and though he did likewise most certainly, on several occasions, definitely promise sometime to return to Urantia, it should be recorded that he never positively linked these two ideas together. He promised a new revelation of the kingdom on earth and at some future time; he also promised sometime to come back to this world in person; but he did not say that these two events were synonymous. From all we know these promises may, or may not, refer to the same event.

170:4.16 His apostles and disciples most certainly linked these two teachings together. When the kingdom failed to materialize as they had expected, recalling the Master's teaching concerning a future kingdom and remembering his promise to come again, they jumped to the conclusion that these promises referred to an identical event; and therefore they lived in hope of his immediate second coming to establish the kingdom in its fullness and with power and glory. And so have successive believing generations lived on earth entertaining the same inspiring but disappointing hope.