Jesus Explains The Futility Of Miracle-Working 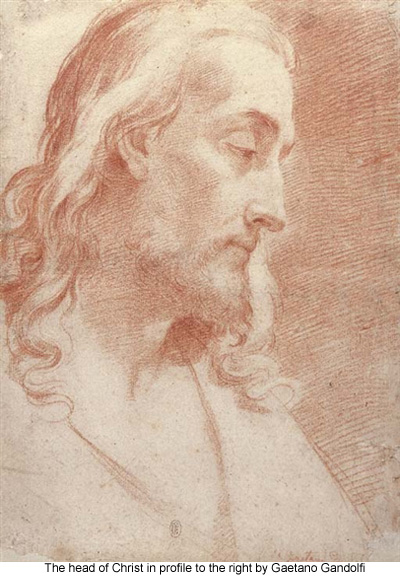 152:5.1 Thursday morning, before daylight, they anchored their boat offshore near Zebedee's house and sought sleep until about noontime. Andrew was first up and, going for a walk by the sea, found Jesus, in company with their chore boy, sitting on a stone by the water's edge. Notwithstanding that many of the multitude and the young evangelists searched all night and much of the next day about the eastern hills for Jesus, shortly after midnight he and the Mark lad had started to walk around the lake and across the river, back to Bethsaida.

152:5.2 Of the five thousand who were miraculously fed, and who, when their stomachs were full and their hearts empty, would have made him king, only about five hundred persisted in following after him. But before these received word that he was back in Bethsaida, Jesus asked Andrew to assemble the twelve apostles and their associates, including the women, saying, "I desire to speak with them." And when all were ready, Jesus said:

152:5.3 "How long shall I bear with you? Are you all slow of spiritual comprehension and deficient in living faith? All these months have I taught you the truths of the kingdom, and yet are you dominated by material motives instead of spiritual considerations. Have you not even read in the Scriptures where Moses exhorted the unbelieving children of Israel, saying: `Fear not, stand still and see the salvation of the Lord'? Said the singer: `Put your trust in the Lord.' `Be patient, wait upon the Lord and be of good courage. He shall strengthen your heart.' `Cast your burden on the Lord, and he shall sustain you. Trust him at all times and pour out your heart to him, for God is your refuge.' `He who dwells in the secret place of the Most High shall abide under the shadow of the Almighty.' `It is better to trust the Lord than to put confidence in human princes.'

152:5.4 "And now do you all see that the working of miracles and the performance of material wonders will not win souls for the spiritual kingdom? We fed the multitude, but it did not lead them to hunger for the bread of life neither to thirst for the waters of spiritual righteousness. When their hunger was satisfied, they sought not entrance into the kingdom of heaven but rather sought to proclaim the Son of Man king after the manner of the kings of this world, only that they might continue to eat bread without having to toil therefor. And all this, in which many of you did more or less participate, does nothing to reveal the heavenly Father or to advance his kingdom on earth. Have we not sufficient enemies among the religious leaders of the land without doing that which is likely to estrange also the civil rulers? I pray that the Father will anoint your eyes that you may see and open your ears that you may hear, to the end that you may have full faith in the gospel which I have taught you."