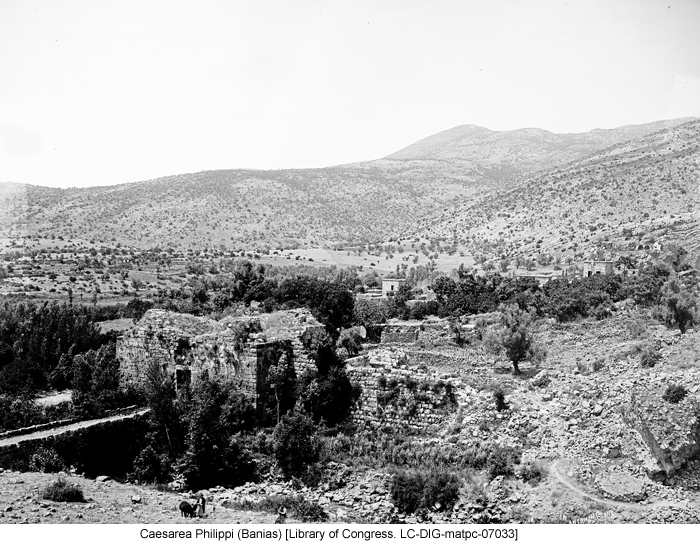 154:7.1 And so it was on this Sunday morning, the twenty-second of May, in the year A.D. 29, that Jesus, with his twelve apostles and the twelve evangelists, engaged in this hasty flight from the Sanhedrin officers who were on their way to Bethsaida with authority from Herod Antipas to arrest him and take him to Jerusalem for trial on charges of blasphemy and other violations of the sacred laws of the Jews. It was almost half past eight this beautiful morning when this company of twenty-five manned the oars and pulled for the eastern shore of the Sea of Galilee.

154:7.2 Following the Master's boat was another and smaller craft, containing six of David's messengers, who had instructions to maintain contact with Jesus and his associates and to see that information of their whereabouts and safety was regularly transmitted to the home of Zebedee in Bethsaida, which had served as headquarters for the work of the kingdom for some time. But Jesus was never again to make his home at the house of Zebedee. From now on, throughout the remainder of his earth life, the Master truly "had not where to lay his head." No more did he have even the semblance of a settled abode.

154:7.3 They rowed over to near the village of Kheresa, put their boat in the custody of friends, and began the wanderings of this eventful last year of the Master's life on earth. For a time they remained in the domains of Philip, going from Kheresa up to Caesarea Philippi, thence making their way over to the coast of Phoenicia.

154:7.4 The crowd lingered about the home of Zebedee watching these two boats make their way over the lake toward the eastern shore, and they were well started when the Jerusalem officers hurried up and began their search for Jesus. They refused to believe he had escaped them, and while Jesus and his party were journeying northward through Batanea, the Pharisees and their assistants spent almost a full week vainly searching for him in the neighborhood of Capernaum.

Soon after landing near Kheresa on this eventful Sunday, Jesus and the twenty-four went a little way to the north, where they spent the night in a beautiful park south of Bethsaida-Julias. They were familiar with this camping place, having stopped there in days gone by. Before retiring for the night, the Master called his followers around him and discussed with them the plans for their projected tour through Batanea and northern Galilee to the Phoenician coast.