Jesus And The Indian Travelers (Age 28)

The tour of the Roman world consumed most of the twenty-eighth and the entire twenty-ninth year of Jesus' life on earth. Jesus and the two natives from India —Gonod and his son Ganid—left Jerusalem on a Sunday morning, April 26, A.D. 22. They made their journey according to schedule, and Jesus said good-bye to the father and son in the city of Charax on the Persian Gulf on the tenth day of December the following year, A.D. 23.

130:0.2 From Jerusalem they went to Caesarea by way of Joppa. At Caesarea they took a boat for Alexandria. From Alexandria they sailed for Lasea in Crete. From Crete they sailed for Carthage, touching at Cyrene. At Carthage they took a boat for Naples, stopping at Malta, Syracuse, and Messina. From Naples they went to Capua, whence they traveled by the Appian Way to Rome.

130:0.3 After their stay in Rome they went overland to Tarentum, where they set sail for Athens in Greece, stopping at Nicopolis and Corinth. From Athens they went to Ephesus by way of Troas. From Ephesus they sailed for Cyprus, putting in at Rhodes on the way. They spent considerable time visiting and resting on Cyprus and then sailed for Antioch in Syria. From Antioch they journeyed south to Sidon and then went over to Damascus. From there they traveled by caravan to Mesopotamia, passing through Thapsacus and Larissa. They spent some time in Babylon visited Ur and other places, and then went to Susa. From Susa they journeyed to Charax, from which place Gonod and Ganid embarked for India.

130:0.4 It was while working four months at Damascus that Jesus had picked up the rudiments of the language spoken by Gonod and Ganid. While there he had labored much of the time on translations from Greek into one of the languages of India, being assisted by a native of Gonod's home district.

130:0.5 On this Mediterranean tour Jesus spent about half of each day teaching Ganid and acting as interpreter during Gonod's business conferences and social contacts. The remainder of each day, which was at his disposal, he devoted to making those close personal contacts with his fellow men, those intimate associations with the mortals of the realm, which so characterized his activities during these years that just preceded his public ministry.

130:0.6 From firsthand observation and actual contact Jesus acquainted himself with the higher material and intellectual civilization of the Occident and the Levant; from Gonod and his brilliant son he learned a great deal about the civilization and culture of India and China, for Gonod, himself a citizen of India, had made three extensive trips to the empire of the yellow race.

130:0.7 Ganid, the young man, learned much from Jesus during this long and intimate association. They developed a great affection for each other, and the lad's father many times tried to persuade Jesus to return with them to India, but Jesus always declined, pleading the necessity for returning to his family in Palestine. 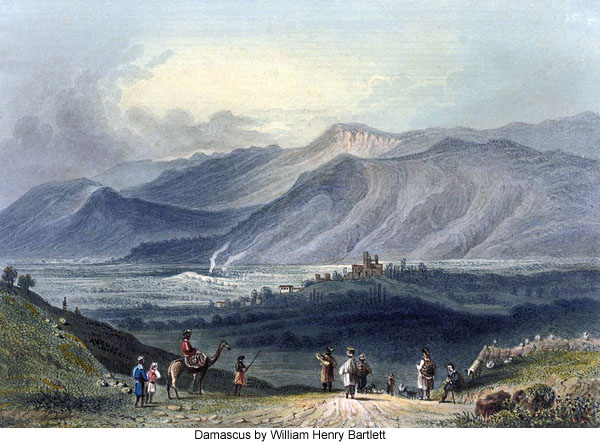 - Back to Great Jesus Stories -
BackHomeNext
Scroll to top