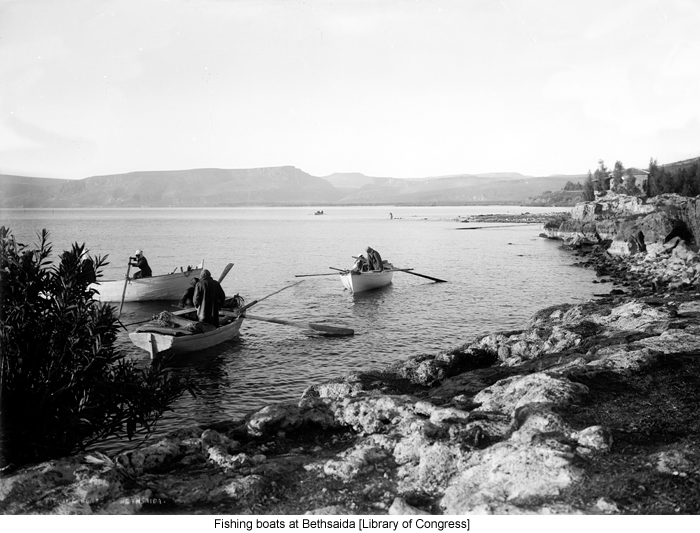 JESUS and the apostles arrived in Capernaum the evening of Tuesday, January 13. As usual, they made their headquarters at the home of Zebedee in Bethsaida. Now that John the Baptist had been sent to his death, Jesus prepared to launch out in the first open and public preaching tour of Galilee. The news that Jesus had returned rapidly spread throughout the city, and early the next day, Mary the mother of Jesus hastened away, going over to Nazareth to visit her son Joseph.

145:0.2 Wednesday, Thursday, and Friday Jesus spent at the Zebedee house instructing his apostles preparatory to their first extensive public preaching tour. He also received and taught many earnest inquirers, both singly and in groups. Through Andrew, he arranged to speak in the synagogue on the coming Sabbath day.

145:0.3 Late on Friday evening Jesus' baby sister, Ruth, secretly paid him a visit. They spent almost an hour together in a boat anchored a short distance from the shore. No human being, save John Zebedee, ever knew of this visit, and he was admonished to tell no man. Ruth was the only member of Jesus' family who consistently and unwaveringly believed in the divinity of his earth mission from the times of her earliest spiritual consciousness right on down through his eventful ministry, death, resurrection, and ascension; and she finally passed on to the worlds beyond never having doubted the supernatural character of her father-brother's mission in the flesh. Baby Ruth was the chief comfort of Jesus, as regards his earth family, throughout the trying ordeal of his trial, rejection, and crucifixion.