Home Jesus Illustrated Stories The Last Hour Before The Betrayal

The Last Hour Before The Betrayal 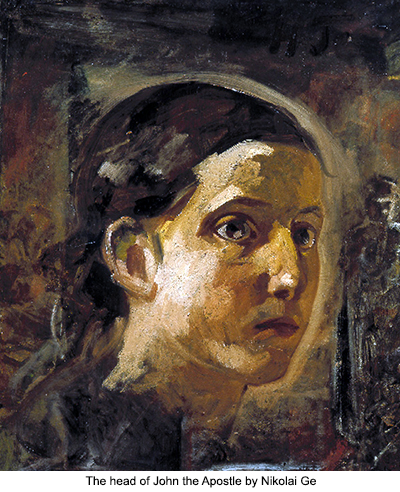 182:2.2 The cheerful attitude of Jesus was waning. As the hour passed, he grew more and more serious, even sorrowful. The apostles, being much agitated, were loath to return to their tents even when requested to do so by the Master himself. Returning from his talk with David and John, he addressed his last words to all eleven, saying: "My friends, go to your rest. Prepare yourselves for the work of tomorrow. Remember, we should all submit ourselves to the will of the Father in heaven. My peace I leave with you." And having thus spoken, he motioned them to their tents, but as they went, he called to Peter, James, and John, saying, "I desire that you remain with me for a little while."

182:2.3 The apostles fell asleep only because they were literally exhausted; they had been running short on sleep ever since their arrival in Jerusalem. Before they went to their separate sleeping quarters, Simon Zelotes led them all over to his tent, where were stored the swords and other arms, and supplied each of them with this fighting equipment. All of them received these arms and girded themselves therewith except Nathaniel. Nathaniel, in refusing to arm himself, said: "My brethren, the Master has repeatedly told us that his kingdom is not of this world, and that his disciples should not fight with the sword to bring about its establishment. I believe this; I do not think the Master needs to have us employ the sword in his defense. We have all seen his mighty power and know that he could defend himself against his enemies if he so desired. If he will not resist his enemies, it must be that such a course represents his attempt to fulfill his Father's will. I will pray, but I will not wield the sword." When Andrew heard Nathaniel's speech, he handed his sword back to Simon Zelotes. And so nine of them were armed as they separated for the night.

182:2.4 Resentment of Judas's being a traitor for the moment eclipsed everything else in the apostles' minds. The Master's comment in reference to Judas, spoken in the course of the last prayer, opened their eyes to the fact that he had forsaken them.

182:2.5 After the eight apostles had finally gone to their tents, and while Peter, James, and John were standing by to receive the Master's orders, Jesus called to David Zebedee, "Send to me your most fleet and trustworthy messenger." When David brought to the Master one Jacob, once a runner on the overnight messenger service between Jerusalem and Bethsaida. Jesus, addressing him, said: "In all haste, go to Abner at Philadelphia and say: `The Master sends greetings of peace to you and says that the hour has come when he will be delivered into the hands of his enemies, who will put him to death, but that he will rise from the dead and appear to you shortly, before he goes to the Father, and that he will then give you guidance to the time when the new teacher shall come to live in your hearts.'" And when Jacob had rehearsed this message to the Master's satisfaction, Jesus sent him on his way, saying: "Fear not what any man may do to you, Jacob, for this night an unseen messenger will run by your side."

182:2.6 Then Jesus turned to the chief of the visiting Greeks who were encamped with them, and said: "My brother, be not disturbed by what is about to take place since I have already forewarned you. The Son of Man will be put to death at the instigation of his enemies, the chief priests and the rulers of the Jews, but I will rise to be with you a short time before I go to the Father. And when you have seen all this come to pass, glorify God and strengthen your brethren." 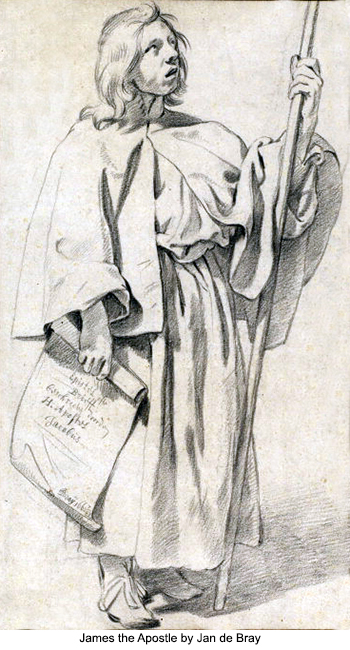 182:2.8 Jesus did say this to Andrew as he left his side that night: "Andrew, do what you can to keep your brethren together until I come again to you after I have drunk this cup. Strengthen your brethren, seeing that I have already told you all. Peace be with you."

182:2.10 David had arranged to stand guard that night on the upper trail which led to the Bethany-Jerusalem road, while John Mark was to watch along the road coming up by the Kidron to Gethsemane. Before David went to his self-imposed task of outpost duty, he bade farewell to Jesus, saying: "Master, I have had great joy in my service with you. My brothers are your apostles, but I have delighted to do the lesser things as they should be done, and I shall miss you with all my heart when you are gone." And then said Jesus to David: "David, my son, others have done that which they were directed to do, but this service have you done of your own heart, and I have not been unmindful of your devotion. You, too, shall some day serve with me in the eternal kingdom."

182:2.11 And then, as he prepared to go on watch by the upper trail, David said to Jesus: "You know, Master, I sent for your family, and I have word by a messenger that they are tonight in Jericho. They will be here early tomorrow forenoon since it would be dangerous for them to come up the bloody way by night." And Jesus, looking down upon David, only said: "Let it be so, David."

182:2.12 When David had gone up Olivet, John Mark took up his vigil near the road which ran by the brook down to Jerusalem. And John would have remained at this post but for his great desire to be near Jesus and to know what was going on. Shortly after David left him, and when John Mark observed Jesus withdraw, with Peter, James, and John, into a near-by ravine, he was so overcome with combined devotion and curiosity that he forsook his sentinel post and followed after them, hiding himself in the bushes, from which place he saw and overheard all that transpired during those last moments in the garden and just before Judas and the armed guards appeared to arrest Jesus.

182:2.13 While all this was in progress at the Master's camp, Judas Iscariot was in conference with the captain of the temple guards, who had assembled his men preparatory to setting out, under the leadership of the betrayer, to arrest Jesus.