Home Jesus Illustrated Stories The Death Of John The Baptist

The Death Of John The Baptist 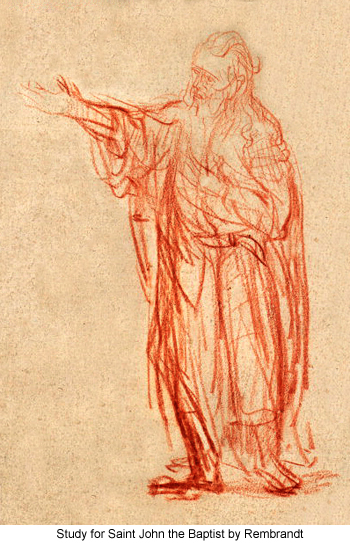 144:9.1 John the Baptist was executed by order of Herod Antipas on the evening of January 10, A.D. 28. The next day a few of John's disciples who had gone to Machaerus heard of his execution and, going to Herod, made request for his body, which they put in a tomb, later giving it burial at Sebaste, the home of Abner. The following day, January 12, they started north to the camp of John's and Jesus' apostles near Pella, and they told Jesus about the death of John. When Jesus heard their report, he dismissed the multitude and, calling the twenty-four together, said: "John is dead. Herod has beheaded him. Tonight go into joint council and arrange your affairs accordingly. There shall be delay no longer. The hour has come to proclaim the kingdom openly and with power. Tomorrow we go into Galilee."

144:9.2 Accordingly, early on the morning of January 13, A.D. 28, Jesus and the apostles, accompanied by some twenty-five disciples, made their way to Capernaum and lodged that night in Zebedee's house.