Home Adam And Eve The Purpose Of Eden

The Purpose Of Eden 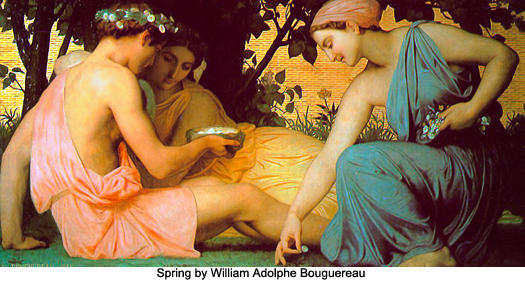 The plan laid out for Adam and Eve was not only to provide education to the peoples of the world in government, science, hygiene, sanitation, food preparation, animal husbandry, agriculture, and construction, to name but a few of the objectives, but also to begin the process of biological improvement to the world's plant, animal, and human populations.

On normal worlds Adam and Eve never mate with the evolutionary races. The work of biologic betterment is a function of their children and they do not begin to amalgamate with the planetary natives until their own group numbers over one million. (Click to read more 51:5.2)

On most of the inhabited worlds the Gardens of Eden remain as superb cultural centers and continue to function as the social patterns of planetary conduct and usage age after age. Even in early times when the violet peoples are relatively segregated, their schools receive suitable candidates from among the world races, while the industrial developments of the garden open up new channels of commercial intercourse. Thus do the Adams and Eves and their progeny contribute to the sudden expansion of culture and to the rapid improvement of the evolutionary races of their worlds. And all of these relationships are augmented and sealed by the amalgamation of the evolutionary races and the sons of Adam, resulting in the immediate upstepping of biologic status, the quickening of intellectual potential, and the enhancement of spiritual receptivity.

Think what it would mean if somewhere in the Levant there were a world center of civilization, a great planetary university of culture, which had functioned uninterruptedly for 37,000 years. And again, pause to consider how the moral authority of even such an ancient center would be reinforced were there situated not far-distant still another and older headquarters of celestial ministry whose traditions would exert a cumulative force of 500,000 years of integrated evolutionary influence. It is custom which eventually spreads the ideals of Eden to a whole world.