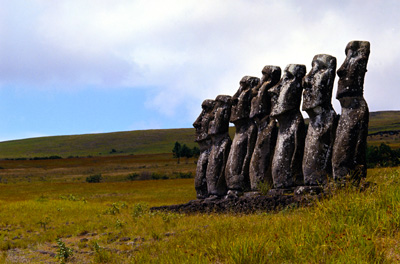 Primitive religion prepared the soil of the human mind, by the powerful and awesome force of false fear, for the bestowal of a bona fide spiritual force of supernatural origin, the Thought Adjuster. And the divine Adjusters have ever since labored to transmute God-fear into God-love. Evolution may be slow, but it is unerringly effective. ~ The Urantia Book, 86:7.6

Why We Are So Enamored of the Supernatural

Most great religious epochs have been inaugurated by the life and teachings of some outstanding personality; leadership has originated a majority of the worth-while moral movements of history. And men have always tended to venerate the leader, even at the expense of his teachings; to revere his personality, even though losing sight of the truths which he proclaimed. And this is not without reason; there is an instinctive longing in the heart of evolutionary man for help from above and beyond. This craving is designed to anticipate the appearance on earth of the Planetary Prince and the later Material Sons. On Urantia man has been deprived of these superhuman leaders and rulers, and therefore does he constantly seek to make good this loss by enshrouding his human leaders with legends pertaining to supernatural origins and miraculous careers. ~ The Urantia Book, 92:5.5

All modern religions have seriously blundered in the attempt to put a miraculous interpretation on certain epochs of human history. While it is true that God has many times thrust a Father’s hand of providential intervention into the stream of human affairs, it is a mistake to regard theologic dogmas and religious superstition as a supernatural sedimentation appearing by miraculous action in this stream of human history. The fact that the “Most Highs rule in the kingdoms of men” does not convert secular history into so-called sacred history. ~ The Urantia Book, 97:8.5

On Urantia, today, there are four kinds of religion:

Certain wise men of earth knew of Michael’s impending arrival. Through the contacts of one world with another, these wise men of spiritual insight learned of the forthcoming bestowal of Michael on Urantia. And the seraphim did, through the midway creatures, make announcement to a group of Chaldean priests whose leader was Ardnon. These men of God visited the newborn child. The only supernatural event associated with the birth of Jesus was this announcement to Ardnon and his associates by the seraphim of former attachment to Adam and Eve in the first garden. ~ The Urantia Book, 119:7.6

Gabriel’s announcement to Mary was made the day following the conception of Jesus and was the only event of supernatural occurrence connected with her entire experience of carrying and bearing the child of promise. ~ The Urantia Book, 122:3.4

The Supernatural in Jesus Life Up Until His Baptism

Jesus’ playmates saw nothing supernatural in his conduct; in most ways he was altogether like themselves. His interest in study was somewhat above the average but not wholly unusual. He did ask more questions at school than others in his class. ~ The Urantia Book, 124:2.3

This year Jesus made great progress in the organization of his mind. Gradually he had brought his divine and human natures together, and he accomplished all this organization of intellect by the force of his own decisions and with only the aid of his indwelling Monitor, just such a Monitor as all normal mortals on all postbestowal-Son worlds have within their minds. So far, nothing supernatural had happened in this young man’s career except the visit of a messenger, dispatched by his elder brother Immanuel, who once appeared to him during the night at Jerusalem. ~ The Urantia Book, 127:2.12

He obtained knowledge, gained experience, and combined these into wisdom, just as do other mortals of the realm. Until after his baptism he availed himself of no supernatural power. He employed no agency not a part of his human endowment as a son of Joseph and Mary. ~ The Urantia Book, 128:1.3

Of his human nature he was never in doubt; it was self-evident and always present in his consciousness. But of his divine nature there was always room for doubt and conjecture, at least this was true right up to the event of his baptism. The self-realization of divinity was a slow and, from the human standpoint, a natural evolutionary revelation. This revelation and self-realization of divinity began in Jerusalem when he was not quite thirteen years old with the first supernatural occurrence of his human existence; and this experience of effecting the self-realization of his divine nature was completed at the time of his second supernatural experience while in the flesh, the episode attendant upon his baptism by John in the Jordan, which event marked the beginning of his public career of ministry and teaching. ~ The Urantia Book, 128:1.8

Between these two celestial visitations, one in his thirteenth year and the other at his baptism, there occurred nothing supernatural or superhuman in the life of this incarnated Creator Son. Notwithstanding this, the babe of Bethlehem, the lad, youth, and man of Nazareth, was in reality the incarnated Creator of a universe; but he never once used aught of this power, nor did he utilize the guidance of celestial personalities, aside from that of his guardian seraphim, in the living of his human life up to the day of his baptism by John. And we who thus testify know whereof we speak. ~ The Urantia Book, 128:1.9

On the third day after beginning this conference with himself and his Personalized Adjuster, Jesus was presented with the vision of the assembled celestial hosts of Nebadon sent by their commanders to wait upon the will of their beloved Sovereign. This mighty host embraced twelve legions of seraphim and proportionate numbers of every order of universe intelligence. And the first great decision of Jesus’ isolation had to do with whether or not he would make use of these mighty personalities in connection with the ensuing program of his public work on Urantia. ~ The Urantia Book, 136:5.1

Thus did Jesus become apprised of the working out of his decision to go on living as a man among men. He had by a single decision excluded all of his attendant universe hosts of varied intelligences from participating in his ensuing public ministry except in such matters as concerned time only. It therefore becomes evident that any possible supernatural or supposedly superhuman accompaniments of Jesus’ ministry pertained wholly to the elimination of time unless the Father in heaven specifically ruled otherwise. No miracle, ministry of mercy, or any other possible event occurring in connection with Jesus’ remaining earth labors could possibly be of the nature or character of an act transcending the natural laws established and regularly working in the affairs of man as he lives on Urantia except in this expressly stated matter of time. No limits, of course, could be placed upon the manifestations of “the Father’s will.” The elimination of time in connection with the expressed desire of this potential Sovereign of a universe could only be avoided by the direct and explicit act of the will of this God-man to the effect that time, as related to the act or event in question, should not be shortened or eliminated. In order to prevent the appearance of apparent time miracles, it was necessary for Jesus to remain constantly time conscious. Any lapse of time consciousness on his part, in connection with the entertainment of definite desire, was equivalent to the enactment of the thing conceived in the mind of this Creator Son, and without the intervention of time. ~ The Urantia Book, 136:5.5

Mary was thrilled with expectation. She anticipated that the promise of Gabriel was nearing fulfillment. She expected all Palestine soon to be startled and stunned by the miraculous revelation of her son as the supernatural king of the Jews. But to all of the many questions which his mother, James, Jude, and Zebedee asked, Jesus only smilingly replied: “It is better that I tarry here for a while; I must do the will of my Father who is in heaven.”

On the next day, Tuesday, they all journeyed over to Cana for the wedding of Naomi, which was to take place on the following day. And in spite of Jesus’ repeated warnings that they tell no man about him “until the Father’s hour shall come,” they insisted on quietly spreading the news abroad that they had found the Deliverer. They each confidently expected that Jesus would inaugurate his assumption of Messianic authority at the forthcoming wedding at Cana, and that he would do so with great power and sublime grandeur. They remembered what had been told them about the phenomena attendant upon his baptism, and they believed that his future course on earth would be marked by increasing manifestations of supernatural wonders and miraculous demonstrations. Accordingly, the entire countryside was preparing to gather together at Cana for the wedding feast of Naomi and Johab the son of Nathan. ~ The Urantia Book, 137:3.5

Read About How, Despite Jesus' Decision, The Water was Turned to Wine

The Supernatural Again Figures in the Healing at Sundown

And this is the first and only nature miracle which Jesus performed as a result of his conscious preplanning. It is true that his disciples were disposed to call many things miracles which were not, but this was a genuine supernatural ministration. In this case, so we were taught, Michael multiplied food elements as he always does except for the elimination of the time factor and the visible life channel. ~ The Urantia Book, 152:2.10