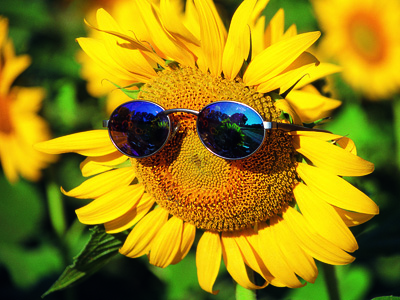 A Short History of Hell

Early man entertained no ideas of hell or future punishment. The savage looked upon the future life as just like this one, minus all ill luck. Later on, a separate destiny for good ghosts and bad ghosts — heaven and hell — was conceived. But since many primitive races believed that man entered the next life just as he left this one, they did not relish the idea of becoming old and decrepit. The aged much preferred to be killed before becoming too infirm. ~The Urantia Book, 86:4.7

The habitual violation of a taboo became a vice; primitive law made vice a crime; religion made it a sin. Among the early tribes the violation of a taboo was a combined crime and sin. Community calamity was always regarded as punishment for tribal sin. To those who believed that prosperity and righteousness went together, the apparent prosperity of the wicked occasioned so much worry that it was necessary to invent hells for the punishment of taboo violators; the numbers of these places of future punishment have varied from one to five. ~The Urantia Book, 89:2.4

When Melchizedek appeared in the flesh, the Egyptians had a religion far above that of the surrounding peoples. They believed that a disembodied soul, if properly armed with magic formulas, could evade the intervening evil spirits and make its way to the judgment hall of Osiris, where, if innocent of “murder, robbery, falsehood, adultery, theft, and selfishness,” it would be admitted to the realms of bliss. If this soul were weighed in the balances and found wanting, it would be consigned to hell, to the Devouress. And this was, relatively, an advanced concept of a future life in comparison with the beliefs of many surrounding peoples. ~The Urantia Book, 95:2.9

The Jewish traditions of heaven and hell and the doctrine of devils as recorded in the Hebrew scriptures, while founded on the lingering traditions of Lucifer and Caligastia, were principally derived from the Zoroastrians during the times when the Jews were under the political and cultural dominance of the Persians. Zoroaster, like the Egyptians, taught the “day of judgment,” but he connected this event with the end of the world. ~The Urantia Book, 95:6.6

Mortal man was never the property of the archdeceivers. Jesus did not die to ransom man from the clutch of the apostate rulers and fallen princes of the spheres. The Father in heaven never conceived of such crass injustice as damning a mortal soul because of the evil-doing of his ancestors. Neither was the Master’s death on the cross a sacrifice which consisted in an effort to pay God a debt which the race of mankind had come to owe him.

Before Jesus lived on earth, you might possibly have been justified in believing in such a God, but not since the Master lived and died among your fellow mortals. Moses taught the dignity and justice of a Creator God; but Jesus portrayed the love and mercy of a heavenly Father. ~The Urantia Book, 188:4.3

The Promise of Eternal Life

Jesus lived and died for a whole universe, not just for the races of this one world. While the mortals of the realms had salvation even before Jesus lived and died on Urantia, it is nevertheless a fact that his bestowal on this world greatly illuminated the way of salvation; his death did much to make forever plain the certainty of mortal survival after death in the flesh. ~The Urantia Book, 188:4.6

Jesus, Talking to His Earth-Father, Joseph

"The heavenly Father cannot love his children less than you love me. And I well know, no matter what unwise thing I might do, you would never pour out wrath upon me nor vent anger against me. If you, my earthly father, possess such human reflections of the Divine, how much more must the heavenly Father be filled with goodness and overflowing with mercy." Jesus, ~The Urantia Book, 125:0.6

Parents, those who have borne and reared children, are better able to understand why Michael, a Creator-father, might be slow to condemn and destroy his own Sons. Jesus’ story of the prodigal son well illustrates how a loving father can long wait for the repentance of an erring child. ~The Urantia Book, 54:4.2

God is inherently kind, naturally compassionate, and everlastingly merciful. And never is it necessary that any influence be brought to bear upon the Father to call forth his loving-kindness. The creature’s need is wholly sufficient to insure the full flow of the Father’s tender mercies and his saving grace. Since God knows all about his children, it is easy for him to forgive. ~The Urantia Book, 2:4.2

The God of Love and Mercy

Supreme justice can act instantly when not restrained by divine mercy. But the ministry of mercy to the children of time and space always provides for this time lag, this saving interval between seedtime and harvest. If the seed sowing is good, this interval provides for the testing and upbuilding of character; if the seed sowing is evil, this merciful delay provides time for repentance and rectification. This time delay in the adjudication and execution of evildoers is inherent in the mercy ministry of the seven superuniverses. This restraint of justice by mercy proves that God is love, and that such a God of love dominates the universes and in mercy controls the fate and judgment of all his creatures. ~The Urantia Book, 54:4.6

“A part of every father lives in the child. The father enjoys priority and superiority of understanding in all matters connected with the child-parent relationship. The parent is able to view the immaturity of the child in the light of the more advanced parental maturity, the riper experience of the older partner. With the earthly child and the heavenly Father, the divine parent possesses infinity and divinity of sympathy and capacity for loving understanding. Divine forgiveness is inevitable; it is inherent and inalienable in God’s infinite understanding, in his perfect knowledge of all that concerns the mistaken judgment and erroneous choosing of the child. Divine justice is so eternally fair that it unfailingly embodies understanding mercy." Jesus, ~The Urantia Book, 174:1.3

It is wrong to think of God as being coaxed into loving his children because of the sacrifices of his Sons or the intercession of his subordinate creatures, “for the Father himself loves you.” It is in response to this paternal affection that God sends the marvelous Adjusters to indwell the minds of men. God’s love is universal; “whosoever will may come.” He would “have all men be saved by coming into the knowledge of the truth.” He is “not willing that any should perish.” ~The Urantia Book, 2:5.2

Final Loss of Existence is a Choice; Not a Punishment, Not a Place

Infinite wisdom is the eternal arbiter which determines the proportions of justice and mercy which shall be meted out in any given circumstance. The greatest punishment (in reality an inevitable consequence) for wrongdoing and deliberate rebellion against the government of God is loss of existence as an individual subject of that government. The final result of wholehearted sin is annihilation. In the last analysis, such sin-identified individuals have destroyed themselves by becoming wholly unreal through their embrace of iniquity. The factual disappearance of such a creature is, however, always delayed until the ordained order of justice current in that universe has been fully complied with. ~The Urantia Book, 2:3.2

Neither do genuine believers trouble themselves so much about the future punishment of sin. The real believer is only concerned about present separation from God. True, wise fathers may chasten their sons, but they do all this in love and for corrective purposes. They do not punish in anger, neither do they chastise in retribution. ~The Urantia Book, 188:4.10

The next day Ganid talked all this over with his father, and it was in answer to Gonod’s question that Jesus explained that “human wills which are fully occupied with passing only upon temporal decisions having to do with the material problems of animal existence are doomed to perish in time. Those who make wholehearted moral decisions and unqualified spiritual choices are thus progressively identified with the indwelling and divine spirit, and thereby are they increasingly transformed into the values of eternal survival — unending progression of divine service.” ~The Urantia Book, 130:2.9

The Father in heaven will not suffer a single child on earth to perish if that child has a desire to find the Father and truly longs to be like him. Our Father even loves the wicked and is always kind to the ungrateful. ~The Urantia Book, 131:10.4

"My Father does not sit in heaven laughing in derision at the heathen. He is not wrathful in his great displeasure...you who have lived with me well know that anger and wrath are not a part of the establishment of the kingdom of heaven in the hearts of men." ~The Urantia Book, 155:1.2

"...it is not the will of my Father in heaven that one of these little ones should go astray, much less that they should perish. In your religion God may receive repentant sinners; in the gospel of the kingdom the Father goes forth to find them even before they have seriously thought of repentance." ~The Urantia Book, 159:1.2

The love of God saves the sinner; the law of God destroys the sin. ~The Urantia Book, 2:6.8