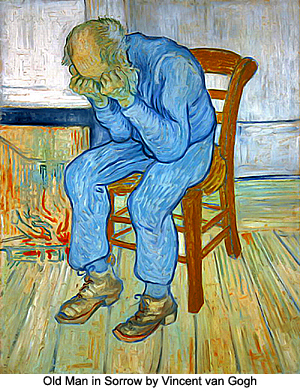 But life will become a burden of existence unless you learn how to fail gracefully. There is an art in defeat which noble souls always acquire; you must know how to lose cheerfully; you must be fearless of disappointment. Never hesitate to admit failure. Make no attempt to hide failure under deceptive smiles and beaming optimism. It sounds well always to claim success, but the end results are appalling. Such a technique leads directly to the creation of a world of unreality and to the inevitable crash of ultimate disillusionment.

Success may generate courage and promote confidence, but wisdom comes only from the experiences of adjustment to the results of one's failures.

Those timid souls who can only keep up the struggle of life by the aid of continuous false illusions of success are doomed to suffer failure and experience defeat as they ultimately awaken from the dream world of their own imaginations.

And it is in this business of facing failure and adjusting to defeat that the far-reaching vision of religion exerts its supreme influence. Failure is simply an educational episode—a cultural experiment in the acquirement of wisdom—in the experience of the God-seeking man who has embarked on the eternal adventure of the exploration of a universe. To such men defeat is but a new tool for the achievement of higher levels of universe reality. ~ The Urantia Book, (160:4.15)

Having started out on the way of life everlasting, having accepted the assignment and received your orders to advance, do not fear the dangers of human forgetfulness and mortal inconstancy, do not be troubled with doubts of failure or by perplexing confusion, do not falter and question your status and standing, for in every dark hour, at every crossroad in the forward struggle, the Spirit of Truth will always speak, saying, "This is the way." ~ The Urantia Book, (34:7.8)

"Do not become discouraged by the discovery that you are human. Human nature may tend toward evil, but it is not inherently sinful. Be not downcast by your failure wholly to forget some of your regrettable experiences. The mistakes which you fail to forget in time will be forgotten in eternity. Lighten your burdens of soul by speedily acquiring a long-distance view of your destiny, a universe expansion of your career." ~ Jesus, The Urantia Book, (156:5.8)

Meaning in Failure is Preserved

No worth-while experience ever happens in vain; no true meaning or real value ever perishes. ~ The Urantia Book, (109:6.1)

Negative Emotion is a Form of Failure

"Anger is a material manifestation which represents, in a general way, the measure of the failure of the spiritual nature to gain control of the combined intellectual and physical natures. Anger indicates your lack of tolerant brotherly love plus your lack of self-respect and self-control. Anger depletes the health, debases the mind, and handicaps the spirit teacher of man's soul."

And then Jesus discoursed on the dangers of courage and faith, how they sometimes lead unthinking souls on to recklessness and presumption. He also showed how prudence and discretion, when carried too far, lead to cowardice and failure. He exhorted his hearers to strive for originality while they shunned all tendency toward eccentricity. He pleaded for sympathy without sentimentality, piety without sanctimoniousness. He taught reverence free from fear and superstition. ~ The Urantia Book, (149:4.2)

"Your inability or unwillingness to forgive your fellows is the measure of your immaturity, your failure to attain adult sympathy, understanding, and love. You hold grudges and nurse vengefulness in direct proportion to your ignorance of the inner nature and true longings of your children and your fellow beings. Love is the outworking of the divine and inner urge of life. It is founded on understanding, nurtured by unselfish service, and perfected in wisdom." ~ Jesus, The Urantia Book, (174:1.5)

The career of a God-seeking man may prove to be a great success in the light of eternity, even though the whole temporal-life enterprise may appear as an overwhelming failure, provided each life failure yielded the culture of wisdom and spirit achievement. Do not make the mistake of confusing knowledge, culture, and wisdom. They are related in life, but they represent vastly differing spirit values; wisdom ever dominates knowledge and always glorifies culture. ~ The Urantia Book, (160:4.13) 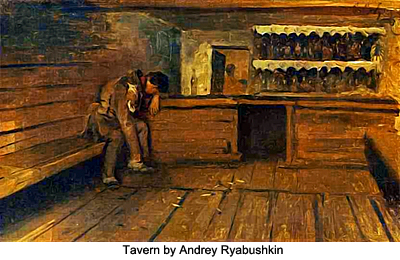 The Threat of Defeat - Momentous Times...

The teachings of Jesus, even though greatly modified, survived the mystery cults of their birthtime, the ignorance and superstition of the dark ages, and are even now slowly triumphing over the materialism, mechanism, and secularism of the twentieth century. And such times of great testing and threatened defeat are always times of great revelation. ~ The Urantia Book, (195:9.3)

A Way to Avoid Defeat?

All too often, when we battlefor the right, it turns out that both the victor and the vanquishedhave sustained defeat. I heard the Master say only yesterday that the"wise man, when seeking entrance through the locked door, would not destroy the door but rather would seek for the key wherewith to unlockit." ~ The Urantia Book, (160:3.4)

But When Defeat Comes...

Difficulties may challenge mediocrity and defeat the fearful, but they only stimulate the true children of the Most Highs. ~ The Urantia Book, (48:7.7)

Physical status may handicap mind, and mental perversity may delay spiritual attainment, but none ofthese obstacles can defeat the whole-souled choice of will. ~ The Urantia Book, (65:8.5)

Through religious faith the soul of man reveals itself and demonstrates the potential divinity of its emerging nature by the characteristic manner in which it induces the mortal personality to react to certain trying intellectual and testing social situations.Genuine spiritual faith (true moral consciousness) is revealed in that it: ...Produces a sublime trust in the goodness of God even in the face of bitter disappointment and crushing defeat. ~ The Urantia Book, (101:3.4)

Mortal man has a spirit nucleus. The mind is a personal-energy system existing around a divine spirit nucleus and functioning in a material environment. Such a living relationship of personal mind and spirit constitutes the universe potential of eternal personality. Real trouble, lasting disappointment,serious defeat, or inescapable death can come only after self-concepts presume fully to displace the governing power of the central spirit nucleus, thereby disrupting the cosmic scheme of personality identity.~ The Urantia Book, (12:9.6)

Seeing Your Real Self in Defeat

"Your mind should be your courageous ally in the solution of your life problems rather than your being, as you have been, its abject fear-slave and the bond-servant of depression and defeat." ~ Jesus, The Urantia Book, (130:6.3)

"The measure of the spiritual capacity of the evolving soul is your faith in truth and your love for man, but the measure of your human strength of character is your ability to resist the holding of grudges and your capacity to withstand brooding in the face of deep sorrow. Defeat is the true mirror in which you may honestly view your realself." ~ Jesus, The Urantia Book, (156:5.17)

Difficulties, sorrow,disappointment, and defeat are more painful and disheartening when borne alone. Association does not transmute evil into righteousness, but it does aid in greatly lessening the sting.Said your Master, "Happy are they who mourn"—if a friend is at hand to comfort.There is positive strength in the knowledge that you live for the welfare of others, and that these others likewise live for your welfare and advancement. Man languishes in isolation. Human beings unfailingly become discouraged when they view only the transitory transactions of time. The present, when divorced from the past and the future, becomes exasperatingly trivial. ~The Urantia Book, (160:2.9)

Judas' Defeat - Why it Happened

Judas met defeat in his battles of the earth struggle because of the following factors of personal tendencies and character weakness: