Parable Of The Absent Landlord 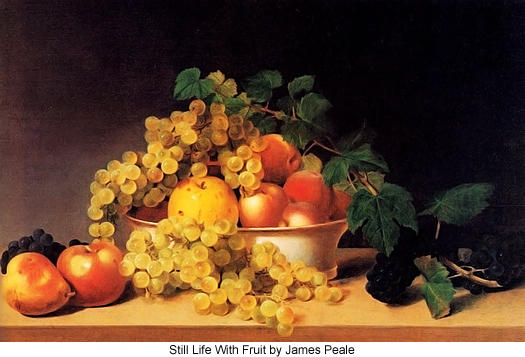 "There was a good man who was a householder, and he planted a vineyard. He set a hedge about it, dug a pit for the wine press, and built a watchtower for the guards. Then he let this vineyard out to tenants while he went on a long journey into another country. And when the season of the fruits drew near, he sent servants to the tenants to receive his rental. But they took counsel among themselves and refused to give these servants the fruits due their master; instead, they fell upon his servants, beating one, stoning another, and sending the others away empty-handed. And when the householder heard about all this, he sent other and more trusted servants to deal with these wicked tenants, and these they wounded and also treated shamefully. And then the householder sent his favorite servant, his steward, and him they killed. And still, in patience and with forbearance, he dispatched many other servants, but none would they receive. Some they beat, others they killed, and when the householder had been so dealt with, he decided to send his son to deal with these ungrateful tenants, saying to himself, `They may mistreat my servants, but they will surely show respect for my beloved son.' But when these unrepentant and wicked tenants saw the son, they reasoned among themselves: `This is the heir; come, let us kill him and then the inheritance will be ours.' So they laid hold on him, and after casting him out of the vineyard, they killed him. When the lord of that vineyard shall hear how they have rejected and killed his son, what will he do to those ungrateful and wicked tenants?"

And when the people heard this parable and the question Jesus asked, they answered, "He will destroy those miserable men and let out his vineyard to other and honest farmers who will render to him the fruits in their season." And when some of them who heard perceived that this parable referred to the Jewish nation and its treatment of the prophets and to the impending rejection of Jesus and the gospel of the kingdom, they said in sorrow, "God forbid that we should go on doing these things."

Jesus saw a group of the Sadducees and Pharisees making their way through the crowd, and he paused for a moment until they drew near him, when he said: "You know how your fathers rejected the prophets, and you well know that you are set in your hearts to reject the Son of Man." And then, looking with searching gaze upon those priests and elders who were standing near him, Jesus said: "Did you never read in the Scripture about the stone which the builders rejected, and which, when the people had discovered it, was made into the cornerstone? And so once more do I warn you that, if you continue to reject this gospel, presently will the kingdom of God be taken away from you and be given to a people willing to receive the good news and to bring forth the fruits of the spirit And there is a mystery about this stone, seeing that whoso falls upon it, while he is thereby broken in pieces, shall be saved; but on whomsoever this stone falls, he will be ground to dust and his ashes scattered to the four winds."

When the Pharisees heard these words, they understood that Jesus referred to themselves and the other Jewish leaders. They greatly desired to lay hold on him then and there, but they feared the multitude. However, they were so angered by the Master's words that they withdrew and held further counsel among themselves as to how they might bring about his death. (173:4.2)