John the Baptist Becomes a Nazarite 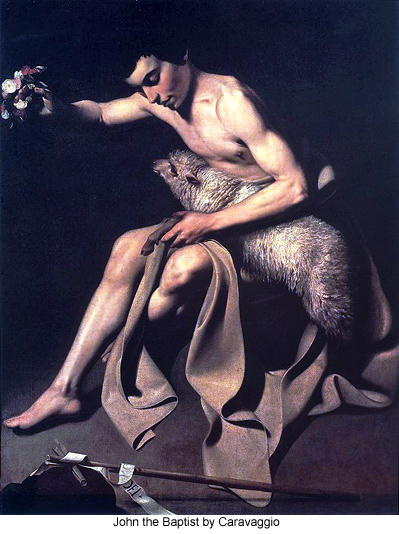 John had no school from which to graduate at the age of fourteen, but his parents had selected this as the appropriate year for him to take the formal Nazarite vow. Accordingly, Zacharias and Elizabeth took their son to Engedi, down by the Dead Sea. This was the southern headquarters of the Nazarite brotherhood, and there the lad was duly and solemnly inducted into this order for life. After these ceremonies and the making of the vows to abstain from all intoxicating drinks, to let the hair grow, and to refrain from touching the dead, the family proceeded to Jerusalem, where, before the temple, John completed the making of the offerings which were required of those taking Nazarite vows.

John took the same life vows that had been administered to his illustrious predecessors, Samson and the prophet Samuel. A life Nazarite was looked upon as a sanctified and holy personality. The Jews regarded a Nazarite with almost the respect and veneration accorded the high priest, and this was not strange since Nazarites of lifelong consecration were the only persons, except high priests, who were ever permitted to enter the holy of holies in the temple.

John returned home from Jerusalem to tend his father's sheep and grew up to be a strong man with a noble character.

When sixteen years old, John, as a result of reading about Elijah, became greatly impressed with the prophet of Mount Carmel and decided to adopt his style of dress. From that day on John always wore a hairy garment with a leather girdle. At sixteen he was more than six feet tall and almost full grown. With his flowing hair and peculiar mode of dress he was indeed a picturesque youth. And his parents expected great things of this their only son, a child of promise and a Nazarite for life. ~ The Urantia Book, (135:1.1)