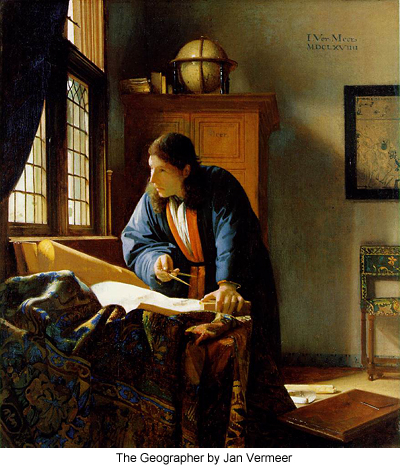 Nabon was a Greek Jew and foremost among the leaders of the chief mystery cult in Rome, the Mithraic. While this high priest of Mithraism held many conferences with the Damascus scribe, he was most permanently influenced by their discussion of truth and faith one evening. Nabon had thought to make a convert of Jesus and had even suggested that he return to Palestine as a Mithraic teacher. He little realized that Jesus was preparing him to become one of the early converts to the gospel of the kingdom. Restated in modern phraseology, the substance of Jesus' teaching was:

132:3.2 Truth cannot be defined with words, only by living. Truth is always more than knowledge. Knowledge pertains to things observed, but truth transcends such purely material levels in that it consorts with wisdom and embraces such imponderables as human experience, even spiritual and living realities. Knowledge originates in science; wisdom, in true philosophy; truth, in the religious experience of spiritual living. Knowledge deals with facts; wisdom, with relationships; truth, with reality values.

132:3.3 Man tends to crystallize science, formulate philosophy, and dogmatize truth because he is mentally lazy in adjusting to the progressive struggles of living, while he is also terribly afraid of the unknown. Natural man is slow to initiate changes in his habits of thinking and in his techniques of living.

132:3.4 Revealed truth, personally discovered truth, is the supreme delight of the human soul; it is the joint creation of the material mind and the indwelling spirit. The eternal salvation of this truth-discerning and beauty-loving soul is assured by that hunger and thirst for goodness which leads this mortal to develop a singleness of purpose to do the Father's will, to find God and to become like him. There is never conflict between true knowledge and truth. There may be conflict between knowledge and human beliefs, beliefs colored with prejudice, distorted by fear, and dominated by the dread of facing new facts of material discovery or spiritual progress.

132:3.5 But truth can never become man's possession without the exercise of faith. This is true because man's thoughts, wisdom, ethics, and ideals will never rise higher than his faith, his sublime hope. And all such true faith is predicated on profound reflection, sincere self-criticism, and uncompromising moral consciousness. Faith is the inspiration of the spiritized creative imagination.

132:3.6 Faith acts to release the superhuman activities of the divine spark, the immortal germ, that lives within the mind of man, and which is the potential of eternal survival. Plants and animals survive in time by the technique of passing on from one generation to another identical particles of themselves. The human soul ( personality ) of man survives mortal death by identity association with this indwelling spark of divinity, which is immortal, and which functions to perpetuate the human personality upon a continuing and higher level of progressive universe existence. The concealed seed of the human soul is an immortal spirit. The second generation of the soul is the first of a succession of personality manifestations of spiritual and progressing existences, terminating only when this divine entity attains the source of its existence, the personal source of all existence, God, the Universal Father.

132:3.7 Human life continues-survives-because it has a universe function, the task of finding God. The faith-activated soul of man cannot stop short of the attainment of this goal of destiny; and when it does once achieve this divine goal, it can never end because it has become like God-eternal.

132:3.8 Spiritual evolution is an experience of the increasing and voluntary choice of goodness attended by an equal and progressive diminution of the possibility of evil. With the attainment of finality of choice for goodness and of completed capacity for truth appreciation, there comes into existence a perfection of beauty and holiness whose righteousness eternally inhibits the possibility of the emergence of even the concept of potential evil. Such a God-knowing soul casts no shadow of doubting evil when functioning on such a high spirit level of divine goodness.

132:3.9 The presence of the Paradise spirit in the mind of man constitutes the revelation promise and the faith pledge of an eternal existence of divine progression for every soul seeking to achieve identity with this immortal and indwelling spirit fragment of the Universal Father.

132:3.10 Universe progress is characterized by increasing personality freedom because it is associated with the progressive attainment of higher and higher levels of self-understanding and consequent voluntary self-restraint. The attainment of perfection of spiritual self-restraint equals completeness of universe freedom and personal liberty. Faith fosters and maintains man's soul in the midst of the confusion of his early orientation in such a vast universe, whereas prayer becomes the great unifier of the various inspirations of the creative imagination and the faith urges of a soul trying to identify itself with the spirit ideals of the indwelling and associated divine presence.

132:3.11 Nabon was greatly impressed by these words, as he was by each of his talks with Jesus. These truths continued to burn within his heart, and he was of great assistance to the later arriving preachers of Jesus' gospel.