The Pella Camp Is Closed - What Became Of David Zebedee 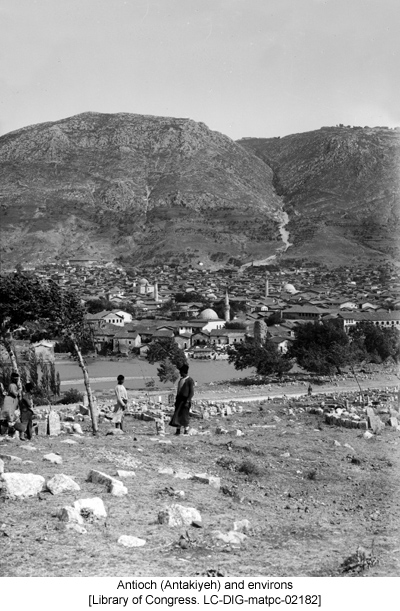 171:1.1 On the forenoon of Monday, March 13, Jesus and his twelve apostles took final leave of the Pella encampment, starting south on their tour of the cities of southern Perea, where Abner's associates were at work. They spent more than two weeks visiting among the seventy and then went directly to Jerusalem for the Passover.

171:1.2 When the Master left Pella, the disciples encamped with the apostles, about one thousand in number, followed after him. About one half of this group left him at the Jordan ford on the road to Jericho when they learned he was going over to Heshbon, and after he had preached the sermon on "Counting the Cost." They went on up to Jerusalem, while the other half followed him for two weeks, visiting the towns in southern Perea.

171:1.3 In a general way, most of Jesus' immediate followers understood that the camp at Pella had been abandoned, but they really thought this indicated that their Master at last intended to go to Jerusalem and lay claim to David's throne. A large majority of his followers never were able to grasp any other concept of the kingdom of heaven; no matter what he taught them, they would not give up this Jewish idea of the kingdom.

171:1.4 Acting on the instructions of the Apostle Andrew, David Zebedee closed the visitors' camp at Pella on Wednesday, March 15. At this time almost four thousand visitors were in residence, and this does not include the one thousand and more persons who sojourned with the apostles at what was known as the teachers' camp, and who went south with Jesus and the twelve. Much as David disliked to do it, he sold the entire equipment to numerous buyers and proceeded with the funds to Jerusalem, subsequently turning the money over to Judas Iscariot.

171:1.5 David was present in Jerusalem during the tragic last week, taking his mother back with him to Bethsaida after the crucifixion. While awaiting Jesus and the apostles, David stopped with Lazarus at Bethany and became tremendously agitated by the manner in which the Pharisees had begun to persecute and harass him since his resurrection. Andrew had directed David to discontinue the messenger service; and this was construed by all as an indication of the early establishment of the kingdom at Jerusalem. David found himself without a job, and he had about decided to become the self-appointed defender of Lazarus when presently the object of his indignant solicitude fled in haste to Philadelphia. Accordingly, sometime after the resurrection and also after the death of his mother, David betook himself to Philadelphia, having first assisted Martha and Mary in disposing of their real estate; and there, in association with Abner and Lazarus, he spent the remainder of his life, becoming the financial overseer of all those large interests of the kingdom which had their center at Philadelphia during the lifetime of Abner.

171:1.6 Within a short time after the destruction of Jerusalem, Antioch became the headquarters of Pauline Christianity while Philadelphia remained the center of the Abnerian kingdom of heaven. From Antioch the Pauline version of the teachings of Jesus and about Jesus spread to all the Western world; from Philadelphia the missionaries of the Abnerian version of the kingdom of heaven spread throughout Mesopotamia and Arabia until the later times when these uncompromising emissaries of the teachings of Jesus were overwhelmed by the sudden rise of Islam.