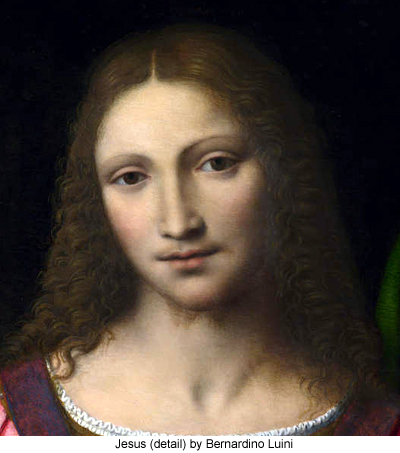 THE DAY AFTER the memorable sermon on "The Kingdom of Heaven," Jesus announced that on the following day he and the apostles would depart for the Passover at Jerusalem, visiting numerous cities in southern Perea on the way.

171:0.2 The address on the kingdom and the announcement that he was going to the Passover set all his followers to thinking that he was going up to Jerusalem to inaugurate the temporal kingdom of Jewish supremacy. No matter what Jesus said about the nonmaterial character of the kingdom, he could not wholly remove from the minds of his Jewish hearers the idea that the Messiah was to establish some kind of nationalistic government with headquarters at Jerusalem.

171:0.3 What Jesus said in his Sabbath sermon only tended to confuse the majority of his followers; very few were enlightened by the Master's discourse. The leaders understood something of his teachings regarding the inner kingdom, "the kingdom of heaven within you,"but they also knew that he had spoken about another and future kingdom, and it was this kingdom they believed he was now going up to Jerusalem to establish. When they were disappointed in this expectation, when he was rejected by the Jews, and later on, when Jerusalem was literally destroyed, they still clung to this hope, sincerely believing that the Master would soon return to the world in great power and majestic glory to establish the promised kingdom.

171:0.4 It was on this Sunday afternoon that Salome the mother of James and John Zebedee, came to Jesus with her two apostle sons and, in the manner of approaching an Oriental potentate, sought to have Jesus promise in advance to grant whatever request she might make. But the Master would not promise; instead, he asked her, "What do you want me to do for you?"Then answered Salome: "Master, now that you are going up to Jerusalem to establish the kingdom, I would ask you in advance to promise me that these my sons shall have honor with you, the one to sit on your right hand and the other to sit on your left hand in your kingdom."

171:0.5 When Jesus heard Salome's request, he said: "Woman, you know not what you ask."And then, looking straight into the eyes of the two honor-seeking apostles, he said: "Because I have long known and loved you; because I have even lived in your mother's house; because Andrew has assigned you to be with me at all times; therefore do you permit your mother to come to me secretly, making this unseemly request. But let me ask you: Are you able to drink the cup I am about to drink?"And without a moment for thought, James and John answered, "Yes, Master, we are able." Said Jesus: "I am saddened that you know not why we go up to Jerusalem; I am grieved that you understand not the nature of my kingdom; I am disappointed that you bring your mother to make this request of me; but I know you love me in your hearts; therefore I declare that you shall indeed drink of my cup of bitterness and share in my humiliation, but to sit on my right hand and on my left hand is not mine to give. Such honors are reserved for those who have been designated by my Father."

171:0.6 By this time someone had carried word of this conference to Peter and the other apostles, and they were highly indignant that James and John would seek to be preferred before them, and that they would secretly go with their mother to make such a request. When they fell to arguing among themselves, Jesus called them all together and said: "You well understand how the rulers of the gentiles lord it over their subjects, and how those who are great exercise authority. But it shall not be so in the kingdom of heaven. Whosoever would be great among you, let him first become your servant. He who would be first in the kingdom, let him become your minister. I declare to you that the Son of Man came not to be ministered to but to minister; and I now go up to Jerusalem to lay down my life in the doing of the Father's will and in the service of my brethren." When the apostles heard these words, they withdrew by themselves to pray. That evening, in response to the labors of Peter, James and John made suitable apologies to the ten and were restored to the good graces of their brethren.

171:0.7 In asking for places on the right hand and on the left hand of Jesus at Jerusalem, the sons of Zebedee little realized that in less than one month their beloved teacher would be hanging on a Roman cross with a dying thief on one side and another transgressor on the other side. And their mother, who was present at the crucifixion, well remembered the foolish request she had made of Jesus at Pella regarding the honors she so unwisely sought for her apostle sons.