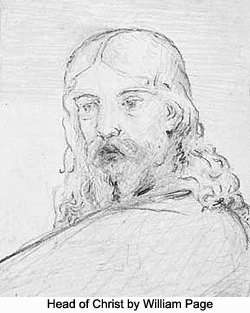 140:1.1 Before the formal ordination service Jesus spoke to the twelve as they were seated about him: "My brethren, this hour of the kingdom has come. I have brought you apart here with me to present you to the Father as ambassadors of the kingdom. Some of you heard me speak of this kingdom in the synagogue when you first were called. Each of you has learned more about the Father's kingdom since you have been with me working in the cities around about the Sea of Galilee. But just now I have something more to tell you concerning this kingdom. 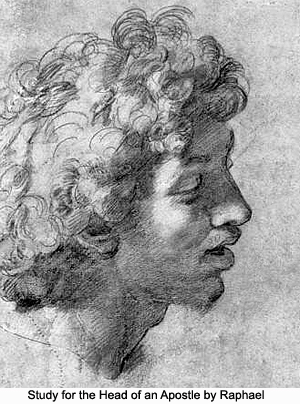 140:1.3 "The power of this kingdom shall consist, not in the strength of armies nor in the might of riches, but rather in the glory of the divine spirit that shall come to teach the minds and rule the hearts of the reborn citizens of this heavenly kingdom, the sons of God. This is the brotherhood of love wherein righteousness reigns, and whose battle cry shall be: Peace on earth and good will to all men. This kingdom, which you are so soon to go forth proclaiming, is the desire of the good men of all ages, the hope of all the earth, and the fulfillment of the wise promises of all the prophets.

140:1.4 "But for you, my children, and for all others who would follow you into this kingdom, there is set a severe test. Faith alone will pass you through its portals, but you must bring forth the fruits of my Father's spirit if you would continue to ascend in the progressive life of the divine fellowship. Verily, verily, I say to you, not every one who says, `Lord, Lord,' shall enter the kingdom of heaven; but rather he who does the will of my Father who is in heaven.

140:1.5 "Your message to the world shall be: Seek first the kingdom of God and his righteousness, and in finding these, all other things essential to eternal survival shall be secured therewith. And now would I make it plain to you that this kingdom of my Father will not come with an outward show of power or with unseemly demonstration. You are not to go hence in the proclamation of the kingdom, saying, `it is here' or `it is there,' for this kingdom of which you preach is God within you.

140:1.6 "Whosoever would become great in my Father's kingdom shall become a minister to all; and whosoever would be first among you, let him become the server of his brethren. But when you are once truly received as citizens in the heavenly kingdom, you are no longer servants but sons, sons of the living God. And so shall this kingdom progress in the world until it shall break down every barrier and bring all men to know my Father and believe in the saving truth which I have come to declare. Even now is the kingdom at hand, and some of you will not die until you have seen the reign of God come in great power.

140:1.7 "And this which your eyes now behold, this small beginning of twelve commonplace men, shall multiply and grow until eventually the whole earth shall be filled with the praise of my Father. And it will not be so much by the words you speak as by the lives you live that men will know you have been with me and have learned of the realities of the kingdom. And while I would lay no grievous burdens upon your minds, I am about to put upon your souls the solemn responsibility of representing me in the world when I shall presently leave you as I now represent my Father in this life which I am living in the flesh." And when he had finished speaking, he stood up.