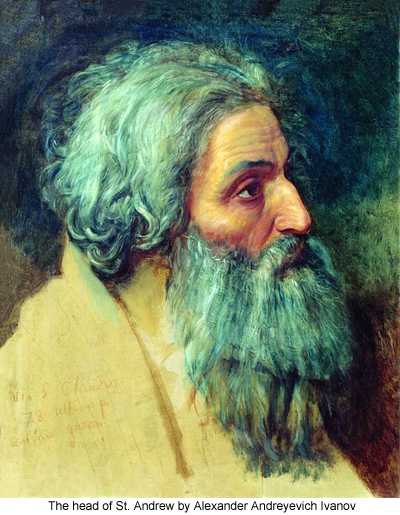 141:1.1 Capernaum was not far from Tiberias, and the fame of Jesus had begun to spread well over all of Galilee and even to parts beyond. Jesus knew that Herod would soon begin to take notice of his work; so he thought best to journey south and into Judea with his apostles. A company of over one hundred believers desired to go with them, but Jesus spoke to them and besought them not to accompany the apostolic group on their way down the Jordan. Though they consented to remain behind, many of them followed after the Master within a few days.

141:1.2 The first day Jesus and the apostles only journeyed as far as Tarichea, where they rested for the night. The next day they traveled to a point on the Jordan near Pella where John had preached about one year before, and where Jesus had received baptism. Here they tarried for more than two weeks, teaching and preaching. By the end of the first week several hundred people had assembled in a camp near where Jesus and the twelve dwelt, and they had come from Galilee, Phoenicia, Syria, the Decapolis, Perea, and Judea.

141:1.3 Jesus did no public preaching. Andrew divided the multitude and assigned the preachers for the forenoon and afternoon assemblies; after the evening meal Jesus talked with the twelve. He taught them nothing new but reviewed his former teaching and answered their many questions. On one of these evenings he told the twelve something about the forty days which he spent in the hills near this place.

141:1.4 Many of those who came from Perea and Judea had been baptized by John and were interested in finding out more about Jesus' teachings. The apostles made much progress in teaching the disciples of John inasmuch as they did not in any way detract from John's preaching, and since they did not at this time even baptize their new disciples. But it was always a stumbling stone to John's followers that Jesus, if he were all that John had announced, did nothing to get him out of prison. John's disciples never could understand why Jesus did not prevent the cruel death of their beloved leader.

141:1.5 From night to night Andrew carefully instructed his fellow apostles in the delicate and difficult task of getting along smoothly with the followers of John the Baptist. During this first year of Jesus' public ministry more than three fourths of his followers had previously followed John and had received his baptism. This entire year of A.D. 27 was spent in quietly taking over John's work in Perea and Judea.