Home Jesus Illustrated Stories At The Tomb Of Lazarus

At The Tomb Of Lazarus 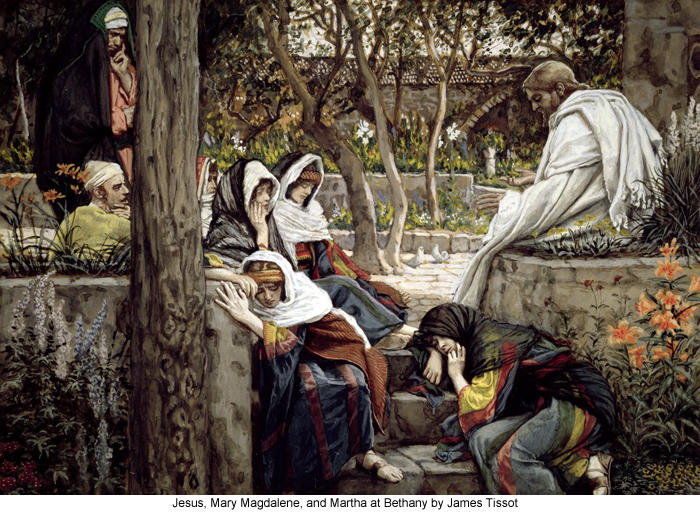 168:1.1 After Jesus had spent a few moments in comforting Martha and Mary, apart from the mourners, he asked them, "Where have you laid him?" Then Martha said, "Come and see." And as the Master followed on in silence with the two sorrowing sisters, he wept. When the friendly Jews who followed after them saw his tears, one of them said: "Behold how he loved him. Could not he who opened the eyes of the blind have kept this man from dying?" By this time they were standing before the family tomb, a small natural cave, or declivity, in the ledge of rock which rose up some thirty feet at the far end of the garden plot.

168:1.2 It is difficult to explain to human minds just why Jesus wept. While we have access to the registration of the combined human emotions and divine thoughts, as of record in the mind of the Personalized Adjuster, we are not altogether certain about the real cause of these emotional manifestations. We are inclined to believe that Jesus wept because of a number of thoughts and feelings which were going through his mind at this time, such as:

168:1.6 And now we may relate an interesting and instructive fact: Although this narrative unfolds as an apparently natural and normal event in human affairs, it has some very interesting side lights. While the messenger went to Jesus on Sunday, telling him of Lazarus's illness, and while Jesus sent word that it was "not to the death," at the same time he went in person up to Bethany and even asked the sisters, "Where have you laid him?" Even though all of this seems to indicate that the Master was proceeding after the manner of this life and in accordance with the limited knowledge of the human mind, nevertheless, the records of the universe reveal that Jesus' Personalized Adjuster issued orders for the indefinite detention of Lazarus's Thought Adjuster on the planet subsequent to Lazarus's death, and that this order was made of record just fifteen minutes before Lazarus breathed his last.

168:1.7 Did the divine mind of Jesus know, even before Lazarus died, that he would raise him from the dead? We do not know. We know only what we are herewith placing on record.

168:1.8 Many of Jesus' enemies were inclined to sneer at his manifestations of affection, and they said among themselves: "If he thought so much of this man, why did he tarry so long before coming to Bethany? If he is what they claim, why did he not save his dear friend? What is the good of healing strangers in Galilee if he cannot save those whom he loves?" And in many other ways they mocked and made light of the teachings and works of Jesus.

168:1.9 And so, on this Thursday afternoon at about half past two o'clock, was the stage all set in this little hamlet of Bethany for the enactment of the greatest of all works connected with the earth ministry of Michael of Nebadon, the greatest manifestation of divine power during his incarnation in the flesh, since his own resurrection occurred after he had been liberated from the bonds of mortal habitation. 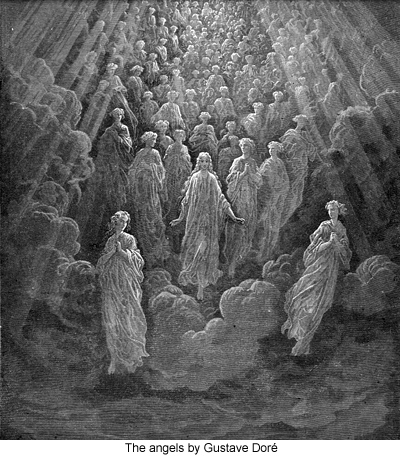 168:1.10 The small group assembled before Lazarus's tomb little realized the presence near at hand of a vast concourse of all orders of celestial beings assembled under the leadership of Gabriel and now in waiting, by direction of the Personalized Adjuster of Jesus, vibrating with expectancy and ready to execute the bidding of their beloved Sovereign.

168:1.11 When Jesus spoke those words of command, "Take away the stone," the assembled celestial hosts made ready to enact the drama of the resurrection of Lazarus in the likeness of his mortal flesh. Such a form of resurrection involves difficulties of execution which far transcend the usual technique of the resurrection of mortal creatures in morontia form and requires far more celestial personalities and a far greater organization of universe facilities.

168:1.12 When Martha and Mary heard this command of Jesus directing that the stone in front of the tomb be rolled away, they were filled with conflicting emotions. Mary hoped that Lazarus was to be raised from the dead, but Martha, while to some extent sharing her sister's faith, was more exercised by the fear that Lazarus would not be presentable, in his appearance, to Jesus, the apostles, and their friends. Said Martha: "Must we roll away the stone? My brother has now been dead four days, so that by this time decay of the body has begun." Martha also said this because she was not certain as to why the Master had requested that the stone be removed; she thought maybe Jesus wanted only to take one last look at Lazarus. She was not settled and constant in her attitude. As they hesitated to roll away the stone, Jesus said: "Did I not tell you at the first that this sickness was not to the death? Have I not come to fulfill my promise? And after I came to you, did I not say that, if you would only believe, you should see the glory of God? Wherefore do you doubt? How long before you will believe and obey?"

168:1.13 When Jesus had finished speaking, his apostles, with the assistance of willing neighbors, laid hold upon the stone and rolled it away from the entrance to the tomb.

168:1.14 It was the common belief of the Jews that the drop of gall on the point of the sword of the angel of death began to work by the end of the third day, so that it was taking full effect on the fourth day. They allowed that the soul of man might linger about the tomb until the end of the third day, seeking to reanimate the dead body; but they firmly believed that such a soul had gone on to the abode of departed spirits ere the fourth day had dawned.

168:1.15 These beliefs and opinions regarding the dead and the departure of the spirits of the dead served to make sure, in the minds of all who were now present at Lazarus's tomb and subsequently to all who might hear of what was about to occur, that this was really and truly a case of the raising of the dead by the personal working of one who declared he was "the resurrection and the life."