Jesus Begins To Prepare The Apostles For His Death - Peter Protests

158:7.1 Early this Wednesday morning Jesus and the twelve departed from Caesarea Philippi for Magadan Park near Bethsaida-Julias. The apostles had slept very little that night, so they were up early and ready to go. Even the stolid Alpheus twins had been shocked by this talk about the death of Jesus. As they journeyed south, just beyond the Waters of Merom they came to the Damascus road, and desiring to avoid the scribes and others whom Jesus knew would presently be coming along after them, he directed that they go on to Capernaum by the Damascus road which passes through Galilee. And he did this because he knew that those who followed after him would go on down over the east Jordan road since they reckoned that Jesus and the apostles would fear to pass through the territory of Herod Antipas. Jesus sought to elude his critics and the crowd which followed him that he might be alone with his apostles this day. 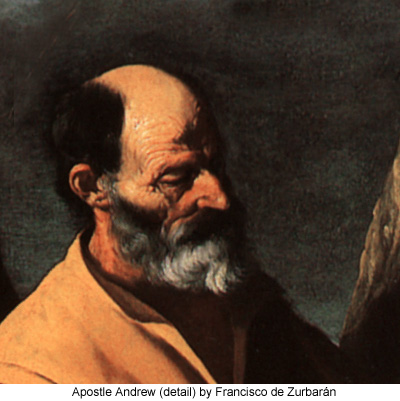 158:7.2 They traveled on through Galilee until well past the time for their lunch, when they stopped in the shade to refresh themselves. And after they had partaken of food, Andrew, speaking to Jesus, said: "Master, my brethren do not comprehend your deep sayings. We have come fully to believe that you are the Son of God, and now we hear these strange words about leaving us, about dying. We do not understand your teaching. Are you speaking to us in parables? We pray you to speak to us directly and in undisguised form."

158:7.3 In answer to Andrew, Jesus said: "My brethren, it is because you have confessed that I am the Son of God that I am constrained to begin to unfold to you the truth about the end of the bestowal of the Son of Man on earth. You insist on clinging to the belief that I am the Messiah, and you will not abandon the idea that the Messiah must sit upon a throne in Jerusalem; wherefore do I persist in telling you that the Son of Man must presently go to Jerusalem, suffer many things, be rejected by the scribes, the elders, and the chief priests, and after all this be killed and raised from the dead. And I speak not a parable to you; I speak the truth to you that you may be prepared for these events when they suddenly come upon us." And while he was yet speaking, Simon Peter, rushing impetuously toward him, laid his hand upon the Master's shoulder and said: "Master, be it far from us to contend with you, but I declare that these things shall never happen to you." 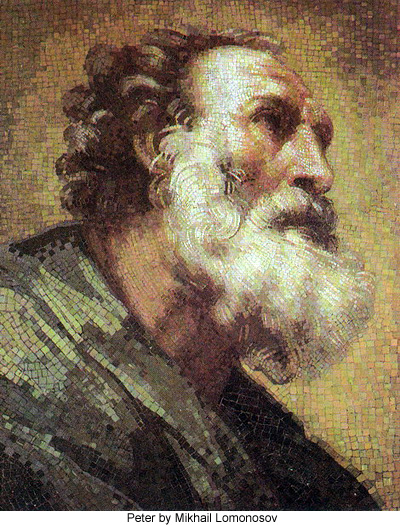 158:7.4 Peter spoke thus because he loved Jesus; but the Master's human nature recognized in these words of well-meant affection the subtle suggestion of temptation that he change his policy of pursuing to the end his earth bestowal in accordance with the will of his Paradise Father. And it was because he detected the danger of permitting the suggestions of even his affectionate and loyal friends to dissuade him, that he turned upon Peter and the other apostles, saying: "Get you behind me. You savor of the spirit of the adversary, the tempter. When you talk in this manner, you are not on my side but rather on the side of our enemy. In this way do you make your love for me a stumbling block to my doing the Father's will. Mind not the ways of men but rather the will of God."

158:7.5 After they had recovered from the first shock of Jesus' stinging rebuke, and before they resumed their journey, the Master spoke further: "If any man would come after me, let him disregard himself, take up his responsibilities daily, and follow me. For whosoever would save his life selfishly, shall lose it, but whosoever loses his life for my sake and the gospel's,, shall save it. What does it profit a man to gain the whole world and lose his own soul? What would a man give in exchange for eternal life? Be not ashamed of me and my words in this sinful and hypocritical generation, even as I will not be ashamed to acknowledge you when in glory I appear before my Father in the presence of all the celestial hosts. Nevertheless, many of you now standing before me shall not taste death till you see this kingdom of God come with power."

158:7.6 And thus did Jesus make plain to the twelve the painful and conflicting path which they must tread if they would follow him. What a shock these words were to these Galilean fishermen who persisted in dreaming of an earthly kingdom with positions of honor for themselves! But their loyal hearts were stirred by this courageous appeal, and not one of them was minded to forsake him. Jesus was not sending them alone into the conflict; he was leading them. He asked only that they bravely follow.

158:7.7 Slowly the twelve were grasping the idea that Jesus was telling them something about the possibility of his dying. They only vaguely comprehended what he said about his death, while his statement about rising from the dead utterly failed to register in their minds. As the days passed, Peter, James, and John, recalling their experience upon the Mount of Transfiguration arrived at a fuller understanding of certain of these matters.

158:7.8 In all the association of the twelve with their Master, only a few times did they see that flashing eye and hear such swift words of rebuke as were administered to Peter and the rest of them on this occasion. Jesus had always been patient with their human shortcomings, but not so when faced by an impending threat against the program of implicitly carrying out his Father's will regarding the remainder of his earth career. The apostles were literally stunned; they were amazed and horrified. They could not find words to express their sorrow. Slowly they began to realize what the Master must endure, and that they must go through these experiences with him, but they did not awaken to the reality of these coming events until long after these early hints of the impending tragedy of his latter days.

158:7.9 In silence Jesus and the twelve started for their camp at Magadan Park, going by way of Capernaum. As the afternoon wore on, though they did not converse with Jesus, they talked much among themselves while Andrew talked with the Master.