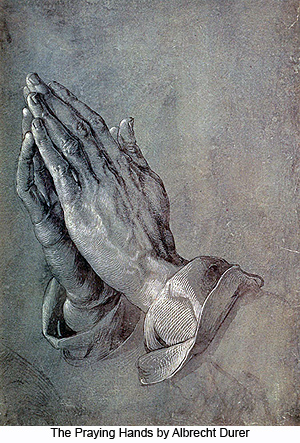 126:3.3 During this year Jesus first formulated the prayer which he subsequently taught to his apostles, and which to many has become known as "The Lord's Prayer." In a way it was an evolution of the family altar; they had many forms of praise and several formal prayers. After his father's death Jesus tried to teach the older children to express themselves individually in prayer—much as he so enjoyed doing—but they could not grasp his thought and would invariably fall back upon their memorized prayer forms. It was in this effort to stimulate his older brothers and sisters to say individual prayers that Jesus would endeavor to lead them along by suggestive phrases, and presently, without intention on his part, it developed that they were all using a form of prayer which was largely built up from these suggestive lines which Jesus had taught them.

126:3.4 At last Jesus gave up the idea of having each member of the family formulate spontaneous prayers, and one evening in October he sat down by the little squat lamp on the low stone table, and, on a piece of smooth cedar board about eighteen inches square, with a piece of charcoal he wrote out the prayer which became from that time on the standard family petition.