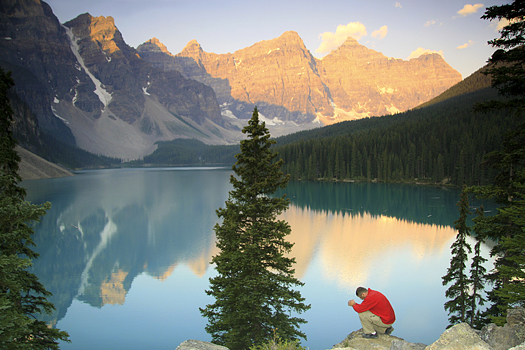 Surrender the Small to Gain the Great

You must surrender every wish of mind and every craving of soul to the transforming embrace of spiritual growth. You must have experienced an enhancement of meanings and an elevation of values. ~ The Urantia Book, (91:9.4)

Social maturity is equivalent to the degree to which man is willing to surrender the gratification of mere transient and present desires for the entertainment of those superior longings the striving for whose attainment affords the more abundant satisfactions of progressive advancement toward permanent goals. But the true badge of social maturity is the willingness of a people to surrender the right to live peaceably and contentedly under the ease-promoting standards of the lure of established beliefs and conventional ideas for the disquieting and energy-requiring lure of the pursuit of the unexplored possibilities of the attainment of undiscovered goals of idealistic spiritual realities. ~ The Urantia Book, (160:1.4)

No Need to Surrender your Will

When the creature submits to the will of the Creator, he does not submerge or surrender his personality; the individual personality participants in the actualization of the finite God do not lose their volitional selfhood by so functioning. Rather are such personalities progressively augmented by participation in this great Deity adventure; by such union with divinity man exalts, enriches, spiritualizes, and unifies his evolving self to the very threshold of supremacy. ~ The Urantia Book, (117:5.2)

The Disadvantages of Surrendering to Religious Authority

And for a long time there will live on earth those timid, fearful, and hesitant individuals who will prefer thus to secure their religious consolations, even though, in so casting their lot with the religions of authority, they compromise the sovereignty of personality, debase the dignity of self-respect, and utterly surrender the right to participate in that most thrilling and inspiring of all possible human experiences: the personal quest for truth, the exhilaration of facing the perils of intellectual discovery, the determination to explore the realities of personal religious experience, the supreme satisfaction of experiencing the personal triumph of the actual realization of the victory of spiritual faith over intellectual doubt as it is honestly won in the supreme adventure of all human existence þu man seeking God, for himself and as himself, and finding him. ~ The Urantia Book, (155:5.10)

Do Not Surrender Noble Ideals

The human mind does not well stand the conflict of double allegiance. It is a severe strain on the soul to undergo the experience of an effort to serve both good and evil. The supremely happy and efficiently unified mind is the one wholly dedicated to the doing of the will of the Father in heaven. Unresolved conflicts destroy unity and may terminate in mind disruption. But the survival character of a soul is not fostered by attempting to secure peace of mind at any price, by the surrender of noble aspirations, and by the compromise of spiritual ideals; rather is such peace attained by the stalwart assertion of the triumph of that which is true, and this victory is achieved in the overcoming of evil with the potent force of good. ~ The Urantia Book, (113:7.12)

Before Pentecost the apostles had given up much for Jesus. They had sacrificed their homes, families, friends, worldly goods, and positions. At Pentecost they gave themselves to God, and the Father and the Son responded by giving themselves to man by sending their spirits to live within men. This experience of losing self and finding the spirit was not one of emotion; it was an act of intelligent self-surrender and unreserved consecration. ~ The Urantia Book, (193:3.16)

Urantia (Earth) will not enjoy lasting peace until the so-called sovereign nations intelligently and fully surrender their sovereign powers into the hands of the brotherhood of men - mankind government. ~ The Urantia Book, (134:5.10)

As the number of truly sovereign nations (great powers) decreases, so do both opportunity and need for mankind government increase. When there are only a few really sovereign (great) powers, either they must embark on the life and death struggle for national (imperial) supremacy, or else, by voluntary surrender of certain prerogatives of sovereignty, they must create the essential nucleus of supernational power which will serve as the beginning of the real sovereignty of all mankind. ~ The Urantia Book, (134:5.11)

Religious peace - brotherhood - can never exist unless all religions are willing to completely divest themselves of all ecclesiastical authority and fully surrender all concept of spiritual sovereignty. God alone is spirit sovereign. ~ The Urantia Book, (114:4.4)

Prayer as a Transcendental Surrender

Jesus never prayed as a religious duty. To him prayer was a sincere expression of spiritual attitude, a declaration of soul loyalty, a recital of personal devotion, an expression of thanksgiving, an avoidance of emotional tension, a prevention of conflict, an exaltation of intellection, an ennoblement of desire, a vindication of moral decision, an enrichment of thought, an invigoration of higher inclinations, a consecration of impulse, a clarification of viewpoint, a declaration of faith, a transcendental surrender of will, a sublime assertion of confidence, a revelation of courage, the proclamation of discovery, a confession of supreme devotion, the validation of consecration, a technique for the adjustment of difficulties, and the mighty mobilization of the combined soul powers to withstand all human tendencies toward selfishness, evil, and sin. He lived just such a life of prayerful consecration to the doing of his Father's will and ended his life triumphantly with just such a prayer. The secret of his unparalleled religious life was this consciousness of the presence of God; and he attained it by intelligent prayer and sincere worship þu unbroken communion with God and not by leadings, voices, visions, or extraordinary religious practices. ~ The Urantia Book, (196:0.10)