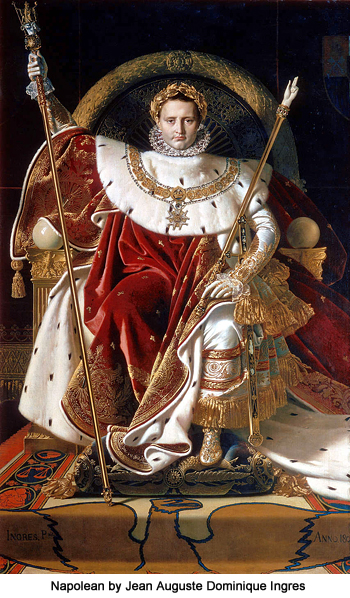 Self-Control - The Manifestation of Greatness

...the manifestation of greatness on a world like Urantia is the exhibition of self-control. The great man is not he who "takes a city" or "overthrows a nation," but rather "he who subdues his own tongue." ~ The Urantia Book, (28:6.20)

4. Political wisdom. Emotional maturity is essential to self-control. Only emotional maturity will insure the substitution of international techniques of civilized adjudication for the barbarous arbitrament of war. Wise statesmen will sometime work for the welfare of humanity even while they strive to promote the interest of their national or racial groups. Selfish political sagacity is ultimately suicidal—destructive of all those enduring qualities which insure planetary group survival. ~ The Urantia Book, (52:6.6)

The laws of the ideal state are few in number, and they have passed out of the negativistic taboo age into the era of the positive progress of individual liberty consequent upon enhanced self-control. The exalted state not only compels its citizens to work but also entices them into profitable and uplifting utilization of the increasing leisure which results from toil liberation by the advancing machine age. Leisure must produce as well as consume. ~ The Urantia Book, (71:3.7)

The only sacred feature of any human government is the division of statehood into the three domains of executive, legislative, and judicial functions. The universe is administered in accordance with such a plan of segregation of functions and authority. Aside from this divine concept of effective social regulation or civil government, it matters little what form of state a people may elect to have provided the citizenry is ever progressing toward the goal of augmented self-control and increased social service. The intellectual keenness, economic wisdom, social cleverness, and moral stamina of a people are all faithfully reflected in statehood. ~ The Urantia Book, (71:8.1)

Someday man should learn how to enjoy liberty without license, nourishment without gluttony, and pleasure without debauchery. Self-control is a better human policy of behavior regulation than is extreme self-denial. Nor did Jesus ever teach these unreasonable views to his followers. ~ The Urantia Book, (89:3.7)

The slowness of evolution, of human cultural progress, testifies to the effectiveness of that brake—material inertia—which so efficiently operates to retard dangerous velocities of progress. Thus does time itself cushion and distribute the otherwise lethal results of premature escape from the next-encompassing barriers to human action. For when culture advances overfast, when material achievement outruns the evolution of worship-wisdom, then does civilization contain within itself the seeds of retrogression; and unless buttressed by the swift augmentation of experiential wisdom, such human societies will recede from high but premature levels of attainment, and the "dark ages" of the interregnum of wisdom will bear witness to the inexorable restoration of the imbalance between self-liberty and self-control. ~ The Urantia Book, (118:8.6)

"Anger is a material manifestation which represents, in a general way, the measure of the failure of the spiritual nature to gain control of the combined intellectual and physical natures. Anger indicates your lack of tolerant brotherly love plus your lack of self-respect and self-control. Anger depletes the health, debases the mind, and handicaps the spirit teacher of man's soul. " ~ Jesus, The Urantia Book, (149:4.2)

Always respect the personality of man. Never should a righteous cause be promoted by force; spiritual victories can be won only by spiritual power. This injunction against the employment of material influences refers to psychic force as well as to physical force. Overpowering arguments and mental superiority are not to be employed to coerce men and women into the kingdom. Man's mind is not to be crushed by the mere weight of logic or overawed by shrewd eloquence. While emotion as a factor in human decisions cannot be wholly eliminated, it should not be directly appealed to in the teachings of those who would advance the cause of the kingdom. Make your appeals directly to the divine spirit that dwells within the minds of men. Do not appeal to fear, pity, or mere sentiment. In appealing to men, be fair; exercise self-control and exhibit due restraint; show proper respect for the personalities of your pupils. Remember that I have said: "Behold, I stand at the door and knock, and if any man will open, I will come in." ~ Jesus, The Urantia Book, (159:3.2)

Sex interest and desire were not dominating passions in primitive peoples; they simply took them for granted. The entire reproductive experience was free from imaginative embellishment. The all-absorbing sex passion of the more highly civilized peoples is chiefly due to race mixtures, especially where the evolutionary nature has been stimulated by the associative imagination and beauty appreciation of the Nodites and Adamites. But this Andite inheritance was absorbed by the evolutionary races in such limited amounts as to fail to provide sufficient self-control for the animal passions thus quickened and aroused by the endowment of keener sex consciousness and stronger mating urges. Of the evolutionary races, the red man had the highest sex code. ~ The Urantia Book, (82:1.2)

With the savage, the food supply was the impelling motivation, but when civilization insures plentiful food, the sex urge many times becomes a dominant impulse and therefore ever stands in need of social regulation. In animals, instinctive periodicity checks the mating propensity, but since man is so largely a self-controlled being, sex desire is not altogether periodic; therefore does it become necessary for society to impose self-control upon the individual.

No human emotion or impulse, when unbridled and overindulged, can produce so much harm and sorrow as this powerful sex urge. Intelligent submission of this impulse to the regulations of society is the supreme test of the actuality of any civilization. Self-control, more and more self-control, is the ever-increasing demand of advancing mankind. Secrecy, insincerity, and hypocrisy may obscure sex problems, but they do not provide solutions, nor do they advance ethics. ~ The Urantia Book, (82:1.9)

Monogamy always has been, now is, and forever will be the idealistic goal of human sex evolution. This ideal of true pair marriage entails self-denial, and therefore does it so often fail just because one or both of the contracting parties are deficient in that acme of all human virtues, rugged self-control. ~ The Urantia Book, (83:6.6)

The high degree of imagination and fantastic romance entering into courtship is largely responsible for the increasing divorce tendencies among modern Occidental peoples, all of which is further complicated by woman's greater personal freedom and increased economic liberty. Easy divorce, when the result of lack of self-control or failure of normal personality adjustment, only leads directly back to those crude societal stages from which man has emerged so recently and as the result of so much personal anguish and racial suffering. ~ The Urantia Book, (83:7.7)

Poverty was just a part of the ritual of the mortification of the flesh which, unfortunately, became incorporated into the writings and teachings of many religions, notably Christianity. Penance is the negative form of this ofttimes foolish ritual of renunciation. But all this taught the savage s self-control, and that was a worth-while advancement in social evolution. Self-denial and self-control were two of the greatest social gains from early evolutionary religion. Self-control gave man a new philosophy of life; it taught him the art of augmenting life's fraction by lowering the denominator of personal demands instead of always attempting to increase the numerator of selfish gratification. ~ The Urantia Book, (89:3.3)

...Prayer is somewhat more ethical when it deals with forgiveness and seeks wisdom for enhanced self-control. ~ The Urantia Book, (91:4.3)

No matter how difficult it may be to reconcile the scientific doubtings regarding the efficacy of prayer with the ever-present urge to seek help and guidance from divine sources, never forget that the sincere prayer of faith is a mighty force for the promotion of personal happiness, individual self-control, social harmony, moral progress, and spiritual attainment. ~ The Urantia Book, (91:6.3)

All believers in this gospel should pray sincerely for the extension of the kingdom of heaven. Of all the prayers of the Hebrew scriptures he commented most approvingly on the petition of the Psalmist: "Create in me a clean heart, O God, and renew a right spirit within me. Purge me from secret sins and keep back your servant from presumptuous transgression." Jesus commented at great length on the relation of prayer to careless and offending speech, quoting: "Set a watch, O Lord, before my mouth; keep the door of my lips.""The human tongue," said Jesus, "is a member which few men can tame, but the spirit within can transform this unruly member into a kindly voice of tolerance and an inspiring minister of mercy." ~ The Urantia Book, (146:2.13)