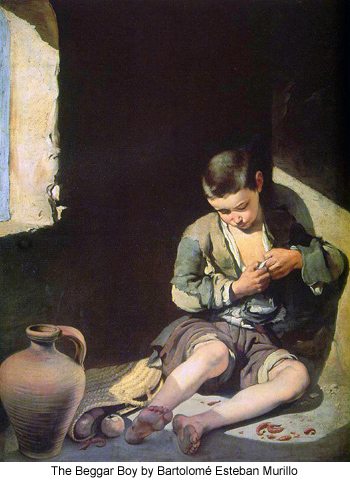 Only ethical consciousness can unmask the immorality of human intolerance and the sinfulness of fratricidal strife. Only a moral conscience can condemn the evils of national envy and racial jealousy. Only moral beings will ever seek for that spiritual insight which is essential to living the golden rule. ~ The Urantia Book, (52:6.5)

Religion has at one time or another sanctioned all sorts of contrary and inconsistent behavior, has at some time approved of practically all that is now regarded as immoral or sinful. Conscience, untaught by experience and unaided by reason, never has been, and never can be, a safe and unerring guide to human conduct. Conscience is not a divine voice speaking to the human soul. It is merely the sum total of the moral and ethical content of the mores of any current stage of existence; it simply represents the humanly conceived ideal of reaction in any given set of circumstances. ~ The Urantia Book, (92:2.6)

The Evolution of Morals and Conscience

Moral evolution is not wholly dependent on revelation. High moral concepts can be derived from man's own experience. Man can even evolve spiritual values and derive cosmic insight from his personal experiential living because a divine spirit indwells him. Such natural evolutions of conscience and character were also augmented by the periodic arrival of teachers of truth, in ancient times from the second Eden, later on from Melchizedek's headquarters at Salem. ~ The Urantia Book, (95:3.2)

In due time there grew up in Egypt a teacher called by many the "son of man" and by others Amenemope. This seer exalted conscience to its highest pinnacle of arbitrament between right and wrong, taught punishment for sin, and proclaimed salvation through calling upon the solar deity. ~ The Urantia Book, (95:4.1)

The soil essential for religious growth presupposes a progressive life of self-realization, the co-ordination of natural propensities, the exercise of curiosity and the enjoyment of reasonable adventure, the experiencing of feelings of satisfaction, the functioning of the fear stimulus of attention and awareness, the wonder-lure, and a normal consciousness of smallness, humility. Growth is also predicated on the discovery of selfhood accompanied by self-criticism—conscience, for conscience is really the criticism of oneself by one's own value-habits, personal ideals. ~ The Urantia Book, (101:1.5)

Religion, the conviction-faith of the personality, can always triumph over the superficially contradictory logic of despair born in the unbelieving material mind. There really is a true and genuine inner voice, that "true light which lights every man who comes into the world." And this spirit leading is distinct from the ethical prompting of human conscience. The feeling of religious assurance is more than an emotional feeling. The assurance of religion transcends the reason of the mind, even the logic of philosophy. Religion is faith, trust, and assurance. ~ The Urantia Book, (101:0.3)

Man tends to identify the urge to be self-serving with his ego—himself. In contrast he is inclined to identify the will to be altruistic with some influence outside himself—God. And indeed is such a judgment right, for all such nonself desires do actually have their origin in the leadings of the indwelling Thought Adjuster, and this Adjuster is a fragment of God. The impulse of the spirit Monitor is realized in human consciousness as the urge to be altruistic, fellow-creature minded. At least this is the early and fundamental experience of the child mind. When the growing child fails of personality unification, the altruistic drive may become so overdeveloped as to work serious injury to the welfare of the self. A misguided conscience can become responsible for much conflict, worry, sorrow, and no end of human unhappiness. ~ The Urantia Book, (103:2.10)

Do not confuse and confound the mission and influence of the Adjuster with what is commonly called conscience; they are not directly related. Conscience is a human and purely psychic reaction. It is not to be despised, but it is hardly the voice of God to the soul, which indeed the Adjuster's would be if such a voice could be heard. Conscience, rightly, admonishes you to do right; but the Adjuster, in addition, endeavors to tell you what truly is right; that is, when and as you are able to perceive the Monitor's leading. ~ The Urantia Book, (110:5.1)

It is extremely dangerous to postulate as to the Adjuster content of the dream life. The Adjusters do work during sleep, but your ordinary dream experiences are purely physiologic and psychologic phenomena. Likewise, it is hazardous to attempt the differentiation of the Adjusters' concept registry from the more or less continuous and conscious reception of the dictations of mortal conscience. These are problems which will have to be solved through individual discrimination and personal decision. But a human being would do better to err in rejecting an Adjuster's expression through believing it to be a purely human experience than to blunder into exalting a reaction of the mortal mind to the sphere of divine dignity. Remember, the influence of a Thought Adjuster is for the most part, though not wholly, a superconscious experience. ~ The Urantia Book, (110:5.5)

Said Jesus..."My disciples must not only cease to do evil but learn to do well; you must not only be cleansed from all conscious sin, but you must refuse to harbor even the feelings of guilt. If you confess your sins, they are forgiven; therefore must you maintain a conscience void of offense." ~ Jesus, The Urantia Book, (156:2.7)