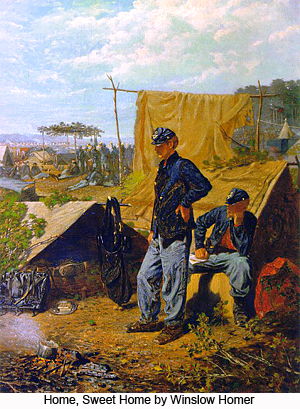 Those God-knowing men and women who have been born of the Spirit experience no more conflict with their mortal natures than do the inhabitants of the most normal of worlds, planets which have never been tainted with sin nor touched by rebellion. Faith sons work on intellectual levels and live on spiritual planes far above the conflicts produced by unrestrained or unnatural physical desires. The normal urges of animal beings and the natural appetites and impulses of the physical nature are not in conflict with even the highest spiritual attainment except in the minds of ignorant, mistaught, or unfortunately over conscientious persons. ~ The Urantia Book,(34:7.7)

Religious living is devoted living, and devoted living is creative living, original and spontaneous. New religious insights arise out of conflicts which initiate the choosing of new and better reaction habits in the place of older and inferior reaction patterns. New meanings only emerge amid conflict; and conflict persists only in the face of refusal to espouse the higher values connoted in superior meanings.

Every human being very early experiences something of a conflict between his self-seeking and his altruistic impulses, and many times the first experience of God-consciousness may be attained as the result of seeking for superhuman help in the task of resolving such moral conflicts.

Moral choosing is usually accompanied by more or less moral conflict. And this very first conflict in the child mind is between the urges of egoism and the impulses of altruism.

A misguided conscience can become responsible for much conflict, worry, sorrow, and no end of human unhappiness. ~ The Urantia Book, (103:2.4)

One of the great hindrances to the progress of human society is the conflict between the interests and welfare of the larger, more socialized human groups and of the smaller, contrary-minded asocial associations of mankind, not to mention antisocially-minded single individuals. ~ The Urantia Book, (81:6.34)

Loyalty to God, if you should come to know him, would render you all the more loyal and faithful in your devotion to a worthy emperor." ~ Jesus, The Urantia Book, (133:4.3)

Religious perplexities are inevitable; there can be no growth without psychic conflict and spiritual agitation. The organization of a philosophic standard of living entails considerable commotion in the philosophic realms of the mind. Loyalties are not exercised in behalf of the great, the good, the true, and the noble without a struggle. Effort is attendant upon clarification of spiritual vision and enhancement of cosmic insight. And the human intellect protests against being weaned from subsisting upon the no spiritual energies of temporal existence. The slothful animal mind rebels at the effort required to wrestle with cosmic problem solving. ~ The Urantia Book, (100:4.1)

Prayer is not a technique of escape from conflict but rather a stimulus to growth in the very face of conflict. Pray only for values, not things; for growth, not for gratification. ~ The Urantia Book, (91:8.13)

The progression of religious growth leads from stagnation through conflict to co-ordination, from insecurity to undoubting faith, from confusion of cosmic consciousness to unification of personality, from the temporal objective to the eternal, from the bondage of fear to the liberty of divine sonship. ~ The Urantia Book, (100:5.2)

But to attain perfection as an evolutionary (time-creative) experience implies something other-than-perfection as a point of departure. Thus arises imperfection in the evolutionary creations. And this is the origin of potential evil. Misadaptation, disharmony, and conflict, all these things are inherent in evolutionary growth, from physical universes to personal creatures. ~ The Urantia Book, (105:6.4) 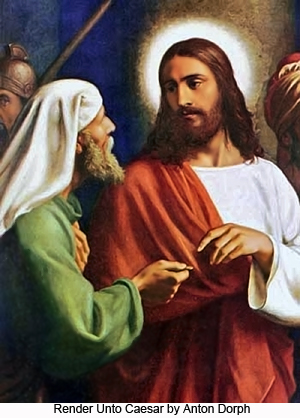 The human mind does not well stand the conflict of double allegiance. It is a severe strain on the soul to undergo the experience of an effort to serve both good and evil. The supremely happy and efficiently unified mind is the one wholly dedicated to the doing of the will of the Father in heaven. Unresolved conflicts destroy unity and may terminate in mind disruption. But the survival character of a soul is not fostered by attempting to secure peace of mind at any price, by the surrender of noble aspirations, and by the compromise of spiritual ideals; rather is such peace attained by the stalwart assertion of the triumph of that which is true, and this victory is achieved in the overcoming of evil with the potent force of good. ~ The Urantia Book, (133:7.12)

The religion of the spirit means effort, struggle, conflict, faith, determination, love, loyalty, and progress. The religion of the mind—the theology of authority—requires little or none of these exertions from its formal believers. Tradition is a safe refuge and an easy path for those fearful and halfhearted souls who instinctively shun the spirit struggles and mental uncertainties associated with those faith voyages of daring adventure out upon the high seas of unexplored truth in search for the farther shores of spiritual realities as they may be discovered by the progressive human mind and experienced by the evolving human soul.~ The Urantia Book,(155:5.11)

And thus did Jesus make plain to the twelve the painful and conflicting path which they must tread if they would follow him. What a shock these words were to these Galilean fishermen who persisted in dreaming of an earthly kingdom with positions of honor for themselves! But their loyal hearts were stirred by this courageous appeal, and not one of them was minded to forsake him. Jesus was not sending them alone into the conflict; he was leading them. He asked only that they bravely follow. ~ The Urantia Book, (158:7.6)

"Forewarn all believers regarding the fringe of conflict which must be traversed by all who pass from the life as it is lived in the flesh to the higher life as it is lived in the spirit. To those who live quite wholly within either realm, there is little conflict or confusion, but all are doomed to experience more or less uncertainty during the times of transition between the two levels of living. In entering the kingdom, you cannot escape its responsibilities or avoid its obligations, but remember: Thegospel yoke is easy and the burden of truth is light." ~ Jesus, The Urantia Book, (159:3.7)

"If you will be taught by the Spiritof Truth, never will there be conflict between the requirements of citizenship on earth and sonship in heaven unless the temporal rulers presume to require of you the homage and worship which belong only to God." ~ Jesus, The Urantia Book, (181:2.10)

No matter what the apparent conflict between materialism and the teachings of Jesus may be, you can rest assured that, in the ages to come, the teachings of the Master will fully triumph. In reality, true religion cannot become involved in any controversy with science; it is in no way concerned with material things. Religion is simply indifferent to, but sympathetic with, science, while it supremely concerns itself with the scientist. ~ The Urantia Book, (195:6.2)